In this article we include an example of trading strategy development for the GBP/USD forex pair with the use of DLPAL software.

DLPAL identifies trading strategies in historical data by using Occam’s Razor as a guiding principle. In addition, the results of DLPAL are fully deterministic and there is no stochasticity, i.e., each time the program runs with same data and parameters it generates the same exact results. This distinguishes DLPAL from its rivals and has made it the platform of choice of many professional and retail traders around the world who understand the importance of lack of any stochasticity from the results and how the use of Occam’s Razor reduces data-mining bias. Obviously, data-mining bias has many facets and cannot be eliminated completely because that is impossible to do. However, reducing it is the first step towards trading strategy robustness.

At Price Action Lab we in general avoid forex markets because they offer high leverage that that can cause loss of discipline and ruin. However, there are many traders who like forex. DLPAL has the potential of identifying strategies in forex pairs that fulfill user-defines performance parameters and risk/reward constraints. 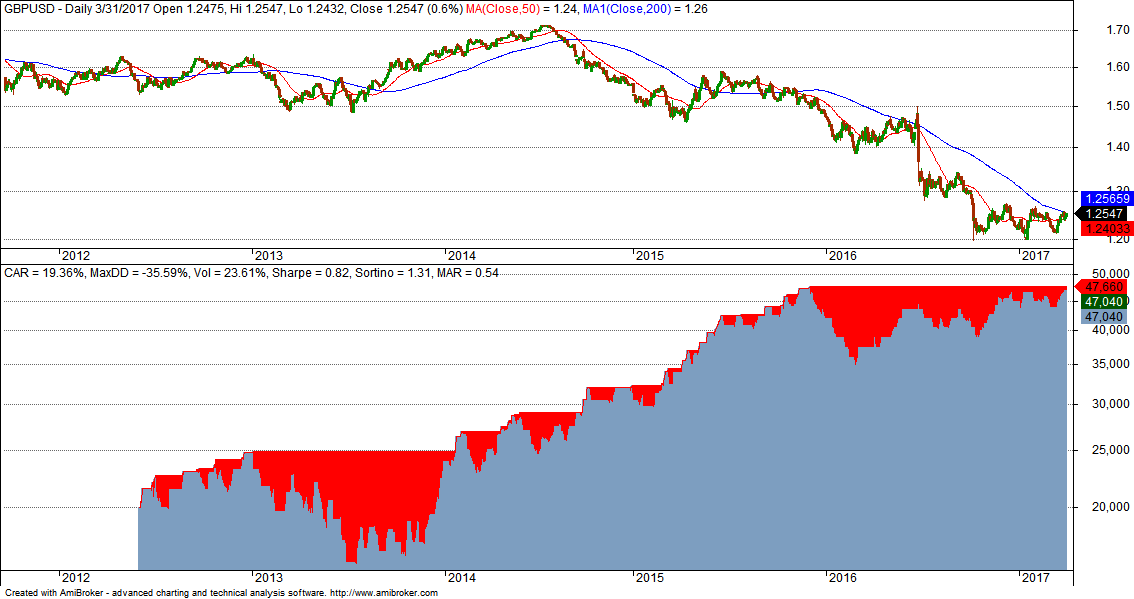 Based on one standard lot and $20K initial capital, CAGR in the forward period is a little less than 20% and Sharpe is 0.82.

Maybe we were lucky in 2012 and to take this possibility into account we will design a new strategy with DLPAL with same specifications but on slightly different in-sample, as shown below:

The DLPAL workspace is shown below. We are looking for strategies with win rate > 76% with same major feature cluster as in 2012 (has been modified since but the principles remain the same.) Below are the results of the search.

DLPAL found 10 long and 3 short strategies in the in-sample as shown below.

The strategies are combined into a trading systems and the generated Amibroker code is used to backtest the system in the out-of-sample. Below is the equity curve. 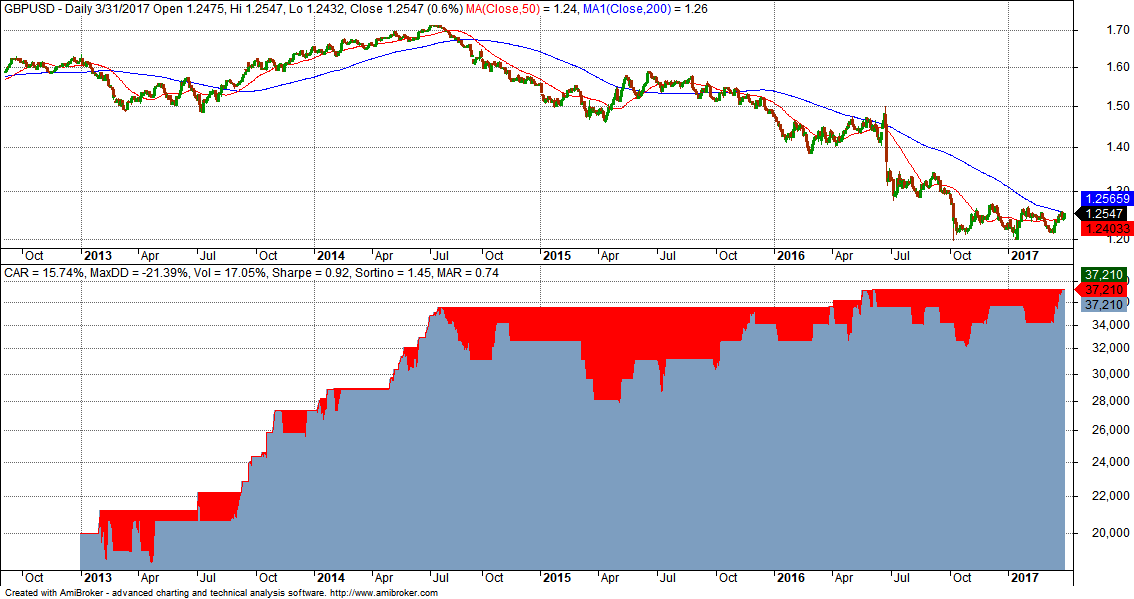 The GBP/USD system is profitable in the out-of-sample. CAGR is nearly 16% and Sharpe is 0.92. Below is a table of monthly returns and the results of a Monte Carlo simulation.

Yearly returns fell after 2015 but this is because of special conditions and of the fact that this system was not rebalanced because the objective in this study was to show viability of the process. Normally the search is walked forward every year.

The Monte Carlo simulation shows that the probability of a 50% drawdown is about 5% but this is acceptable in the case of highly leverage systems (in this case about 5:1 based on initial equity)

We have demonstrated the basic process in this article of developing a forex trading system with DLPAL. There is more work to be done to create a final system but this depends on specific objectives.

You can download a demo of DLPAL from this link. For more articles about DLPAL and DLPAL PRO click here.