Hello, this is 2017, as far as I can tell although at times it’s difficult to follow the arrow of time when reading social media posts about the markets. Some people still rely on stock market theories developed in the start of last the century. There is no credibility to gain from any appeals to experts of the last century.

The economy and the world have changed. Now an 18 year old can check your theory in her tablet. Have you checked the validity of the theory about the severity of the recent Dow Jones Industrial Average and Dow Jones Transport Average divergence?

I do not care what some expert said in 1902 without providing quantitative evidence. I only care about verification. I also do not care about theories, for example the assumptions that if transports confirm the rise in Dow Jones Industrial Average then the bull market is genuine, etc. I mostly care about falsifying theories with data.

Yesterday DJT fell 3.1% but DJI rose.  Below is a backtest since 1986 of the simple strategy that shorts DJI if it rises when DJT falls more than 2%. The strategy covers after 7 days (discussed in Twitter yesterday.) 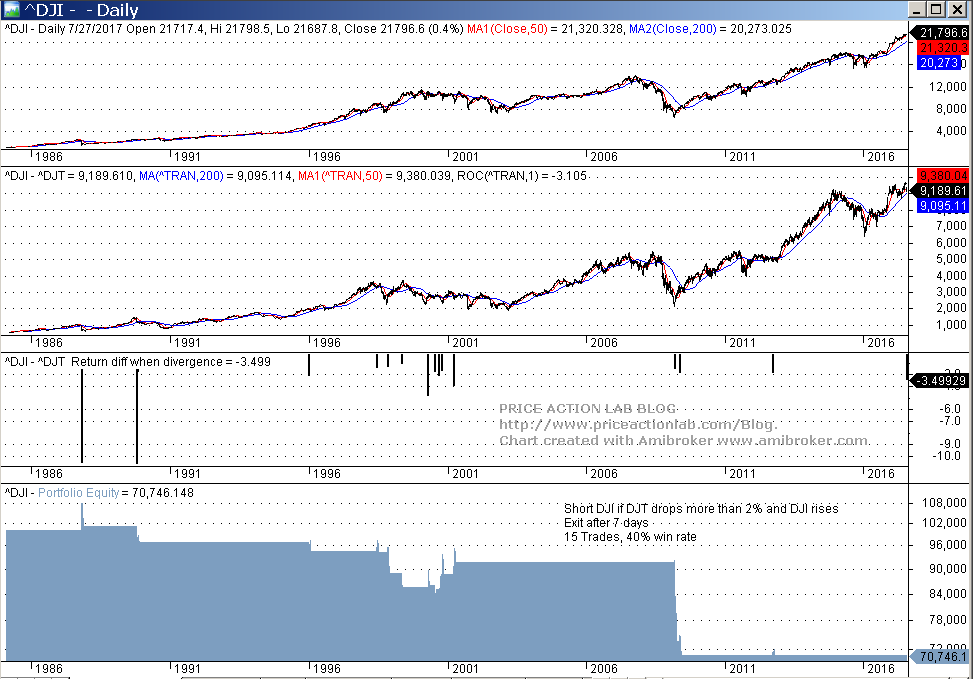 There are only 15 occurrences of this pattern and the strategy has been unprofitable as shown by the equity curve. There is nothing useful here, only confirmation bias in case someone believes this pattern indicates a top. 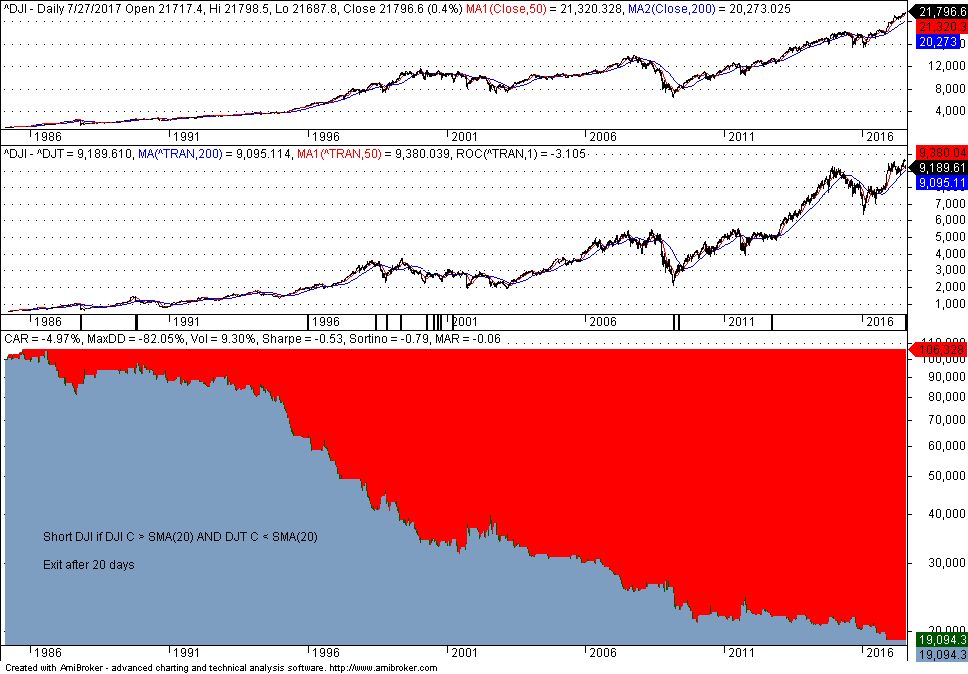 The strategy is a total disaster. Actually, doing the opposite would have been profitable.

I do not care who inverted a theory if it is easily falsifiable. What is more interesting is that many repeat the noise and useless memes not realizing that this is 2017 and any claims made are verifiable and falsifiable. Actually this is good because disciplined traders have a chance to know the source of their profits, which are those who do not realize they have to adapt to this new market era.

The upward structural bias of the stock market has been so strong, helped also by central banks in the last 8 years, that any theories that try to predict tops are irrelevant and useless noise. Valid conditions that can cause tops include irrational exuberance and black swans. Anything else is noise.