The island reversal chart pattern should be totally ignored by investors but it is also an unreliable signal for short-term traders unless combined with other indicators. I include examples from a recent formation in NVDA and an older one in AAPL.

As I have noted before in several articles, classical chart patterns was an early highly unsuccessful attempt of a forecasting method based on lossy compression. Due to the fact that drawing lines and simple indicators on charts, including classical patterns, is something that anyone can learn and practice, these highly unsuccessful methods are still being widely used.

One objective of this blog is to educate traders about the perils of classical and also modern tehcnical analysis. By doing this, this blog probably limits its potential audience significantly because it appears that a large percentage of market participants still practice these failed classical technical analysis methods. However, this blog will not employ embarrassing click-bait schemes some other financial bloggers use with one day talking about complex economic issues that even central bankers avoid and the next day showing a head and shoulders pattern in a stock in an effort to attract the attention of the crowd. The trade-off between clicks and reputation is ruthless.

A few days ago I saw a tweet talking about an island reversal pattern in NVDA. I was surprised by that tweet because the one before that by the same handle was about complex economic policy issues. Anyway, this is the chart I am talking about: 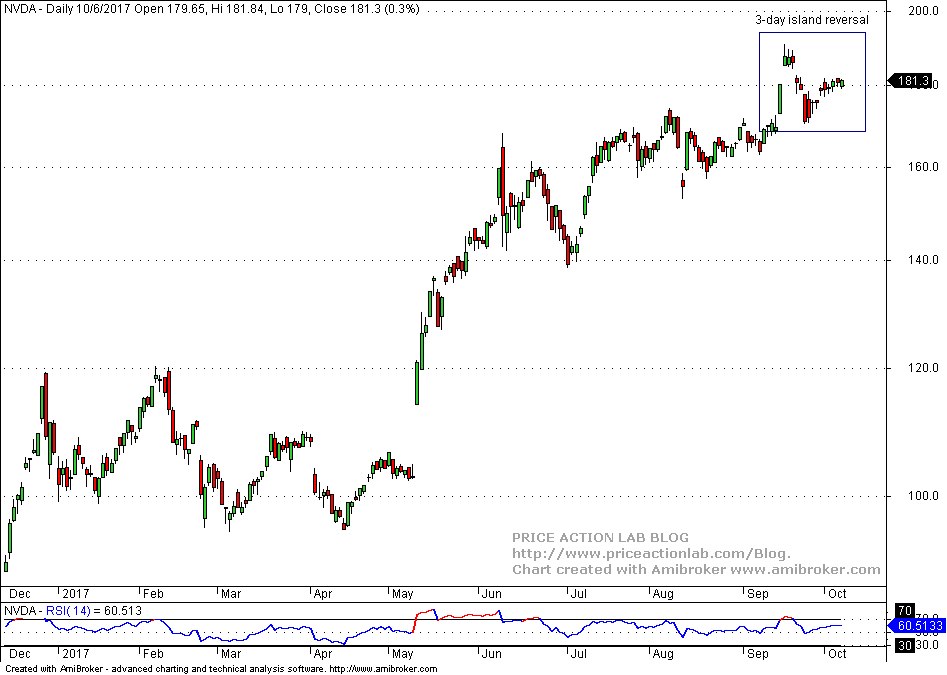 The stock formed a 3-day island reversal, then fell a little and it is now in consolidation phase. Future direction is unknown. Anyone who thinks that the island reversal signals a change in trend has not done the homework. Below is another chart, part of the homework. 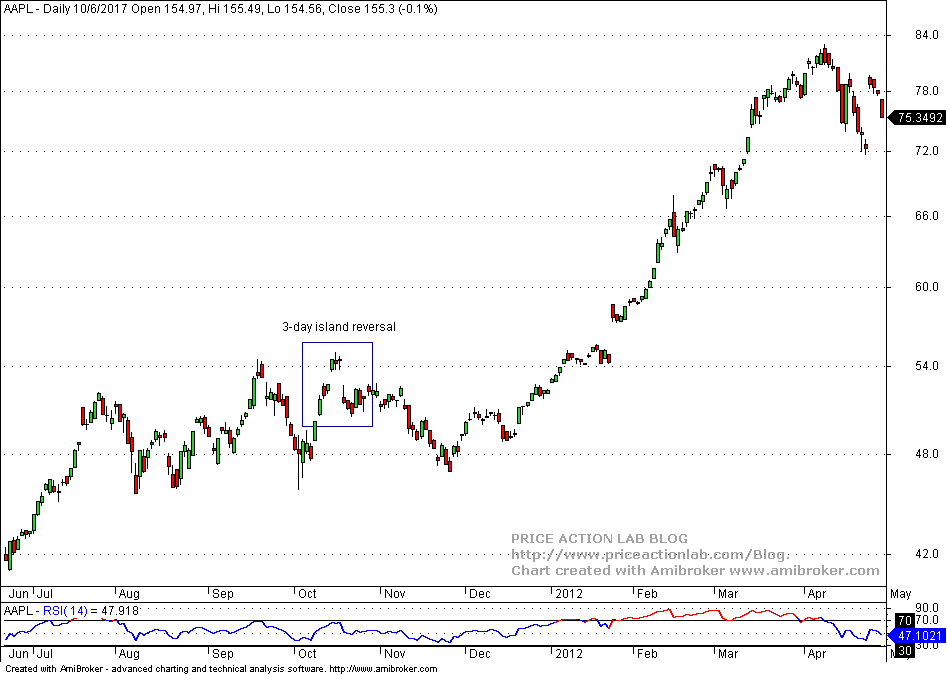 The island reversal in AAPL in October 2011 is similar to the one in the previous chart but the stock, after a short decline, almost doubled in value while it stayed overbought for about two months and a half.

I hope you get the message, there is no need to waste any more of your valuable time. The message is that these patterns may have some value for short-term traders in some context but are useless for investors and longer-term traders.