Overbought Vs. Momentum And Why Journalists Should Avoid Technical Analysis

The headline yesterday in a respectable mainstream financial media website was about stocks not having been so overbought in 22 years. Is this a correct assessment or a journalist’s way of saying that stock market momentum is highest in 22 years?

Obviously, “overbought” and “high momentum” are not the same thing; the former may trigger fear, the latter may trigger greed. I would think there are the opposite. But the interesting thing is that they are often deduced from the same indicator. This shows that tehcnical analysis is ambiguous to say the leas and also that journalists should avoid making any conclusions from indicators they do not understand.

I have explained numerous times in this blog that the RSI is a momentum indicator and that any use of it as an overbought/oversold indicator rests on Gambler’s fallacy, i.e., the false notion that the probability of gettign tails in a coin toss increase as the number of consecutive heads increases.

Obviously, strong uptrends at some point take a breather or even reverse to downtrends. This does not justify calling RSI an overbought/oversold indicator unless there is a strategy with statistical significant positive expectancy. In most cases there is none, especially when dealing with weekly or monthly data.

Below is the 14-week RSI chart in S&P 500 mentioned in a Bloomberg article yesterday. The title was: “U.S. Stocks Haven’t Been This Overbought in 22 Years”. What is this supposed to mean? Let us take a look at the chart below: 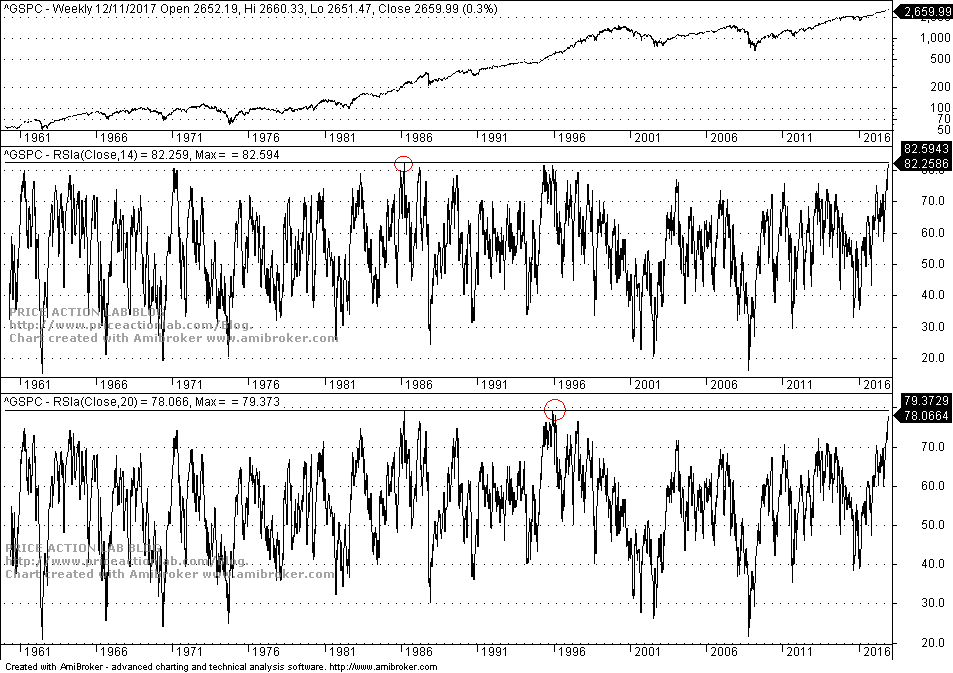 The first indicator pane shows the 14-week RSI and the second the 20-week RSI.

But what is the justification for using 14 weeks for the RSI period? Maybe 20 weeks is better. In this case the current value of 78.066 is not the highest since December 1995 but since march 1986.

There are high risks in using a momentum indicator like RSI to draw conclusions about trend direction because this is a short-term indicator. Below is a weekly chart of MCD. 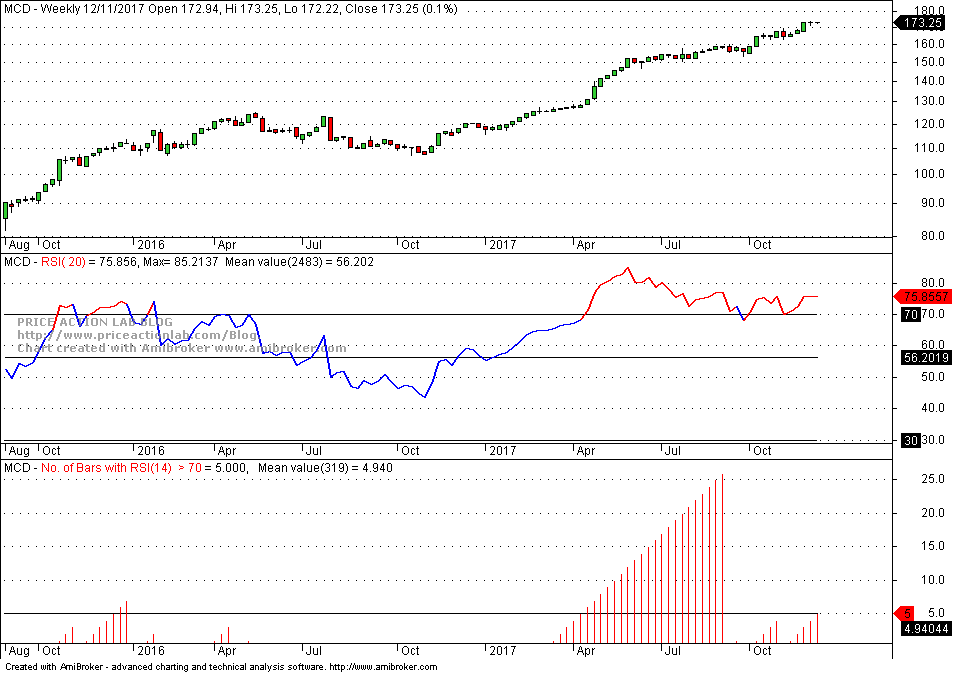 The weekly RSI(14) stayed above 70 for 26 weeks from mid March to early September of this year. Those who relied on this indicator to short got crushed. Those who sold missed a strong rally.

Journalists fulfill the important and respectable task of news reporting. In my opinion, they should try to stay away from technical analysis. The subject is just too complex and not for easy conclusions.