“If You Invested…” Memes

One of the most annoying memes in financial social media is about hypothetical returns from investing at the IPO of some stock, such as AMZN or MSFT, or even in some cryptocurrency. Hindsight is easy thanks to historical charts. But at least, the delusional individuals involved should also look at associated drawdown levels.

Let us start with Amazon because this is a popular delusion. In September 2016 I saw a tweet by someone working in managing OPM about the spectacular return of the stock since IPO. I wrote an article in my blog with title “Only Speculators Would Have Held Amazon Stock Since IPO“, meaning that a stock with the drawdown profile shown in the chart below was probably not in the portfolio of any conservative investor. 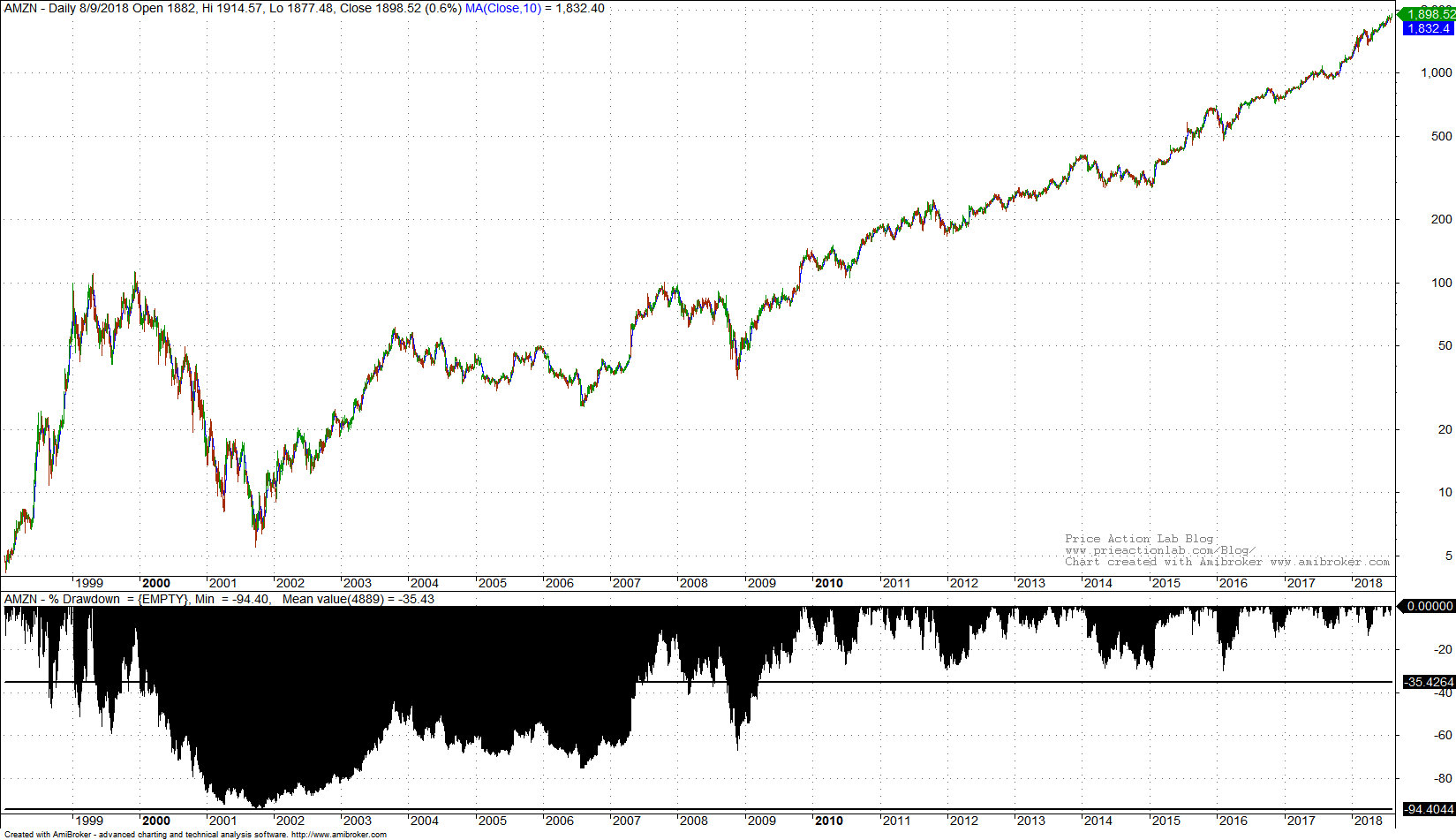 Don’t get me wrong; I think speculators have a useful role to play in financial markets. However, after a 94% drawdown, I believe that the combined losses of investors that got out exceed the potential and in hindsight gains of those that invested at IPO and held the stock through prolonged turbulence.  In fact, growth accelerated after 2013 and before that it was below average, as shown in the chart below: 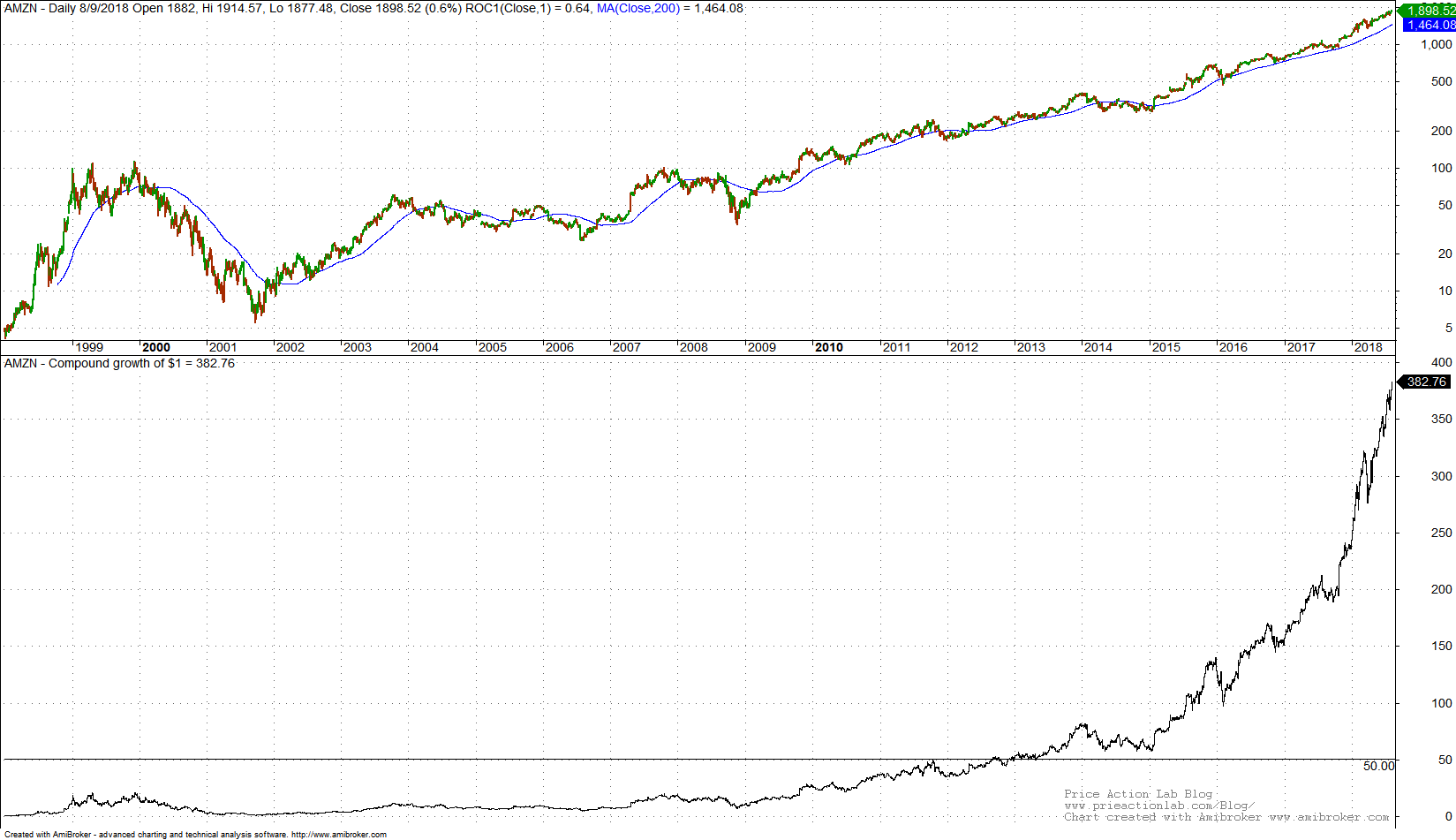 Essentially, the delusion here is that recent data are used to draw conclusions about hypothetical actions in the past, the “if you invested…” meme. This is a severe fallacy.

Below is a chart of MSFT, another stock with horrendous and prolonged drawdown profile that entered a “smoother” period after 2013: Another example is bitcoin. Below is the drawdown profile chart: After a 93% drop near the end of 2011, possibly most investors in this digital asset fled. Some insiders probably stayed invested to later amass high returns. I have written an article that compares the drawdown profiles of some popular stocks, including AMZN, to those of cryptocurrencies.

Needless to say that some of the people in the same group of rogue analysts have made suggestions that could prompt the audience to reply with:

“If you did not speak, I would have made some money at least”

I will only include one example, a suggestion that gold will outperform stocks made near the end of 2012. Since, S&P 500 total return is about 123% and gold is down about 30% Next time you see someone repeating this “If you invested in…” theme, you may want to consider replying with:

“If you do not speak and spare me your hindsight and selection bias, I may succeed in making some money.”

Delusional individuals and in general idiots are a part of life, people have to try to live with them in harmony but avoid their mode of thinking at all costs. It is detrimental to financial but also mental health.