DLPAL S was used to design a strategy for 10-Year Note futures with in-sample of eight years and out-of-sample of 12 years.

We use daily backward adjusted data for open outcry TY futures from 08/26/1999 to 12/31/2007 as the in-sample. Below is the DLPAL S workspace used for the strategy search. 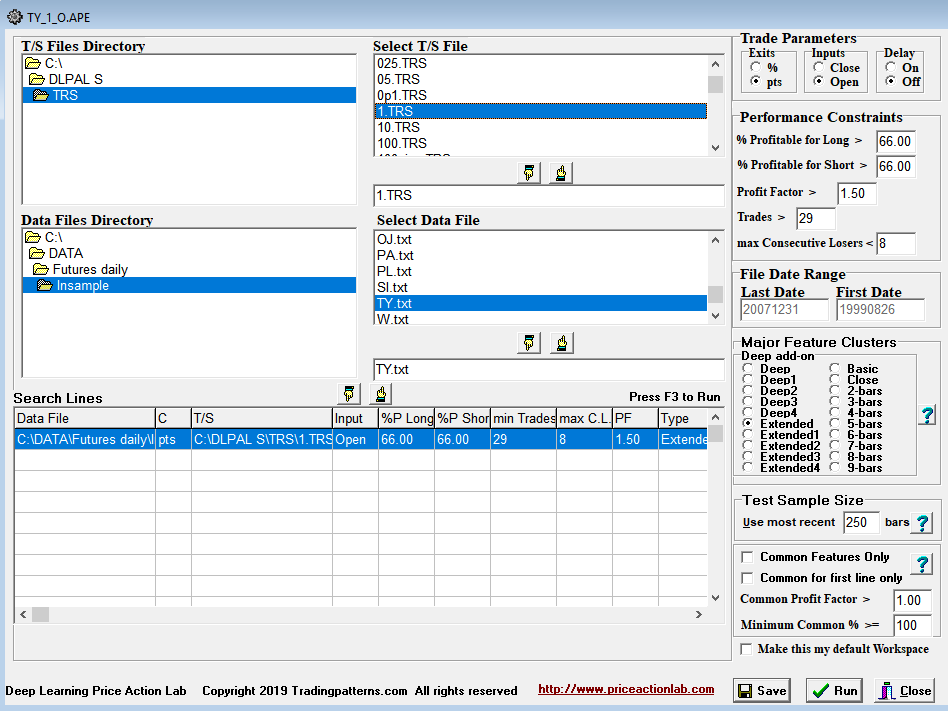 The Extended search cluster (default) was used and all parameters were set as shown on workspace above. The profit target and stop-loss were set to one full point.

After the results were generated, DLPAL S configures a system using all identified strategies (to minimize selection bias) and generated code for Amibroker. Below is the equity curve of the strategy for combined in-sample/out-of-sample. The out-of-sample covers the period  01/02/2008 to 08/23/2019. 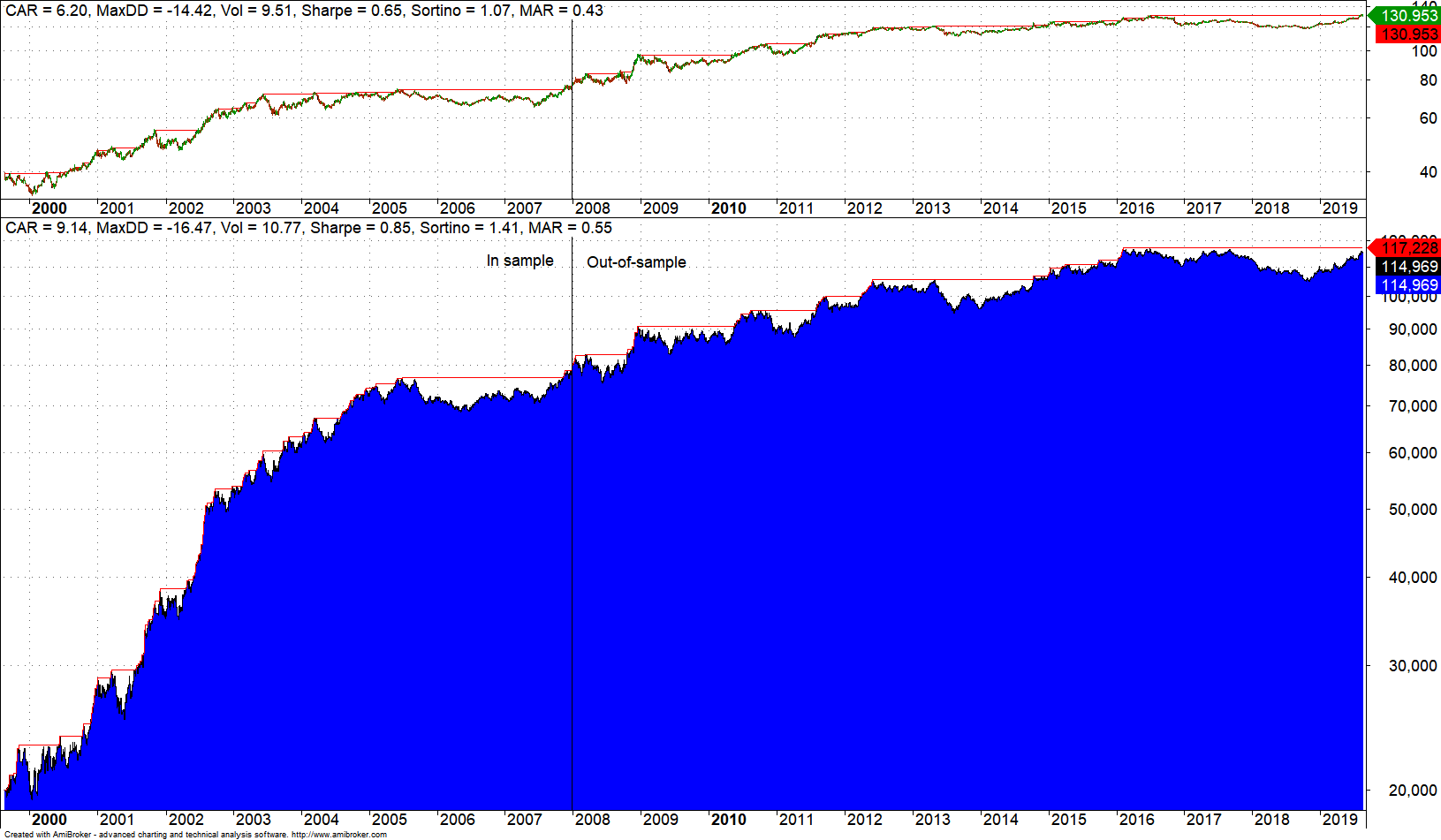 The above backtest is based on initial capital of $20K and one contract traded. Commission was set to $10 per contract/side and rollover cost was not included but would not impact CAGR by more than 0.5%.

Some basic statistics of the system:

Normally one would need to run DLPAL S every 6 to 12 months to rebalance the strategy. The above analysis was just a test of robustness of the strategies.

In addition the system of strategies was based on simple combination using OR operator. There are more advanced ways of combining strategies to allow higher significance of signals.

More articles about using DLPAL S can be found here.

You can download a free demo of DLPAL S from this link.