The PSI5 mean-reversion strategy in SPY ETF has fully recovered from March drawdown and it is gaining nearly 7% year-to-date.

The PSI5 mean-reversion strategy is not data-mined but based on a formula from a text in probability theory that models price action dynamics. 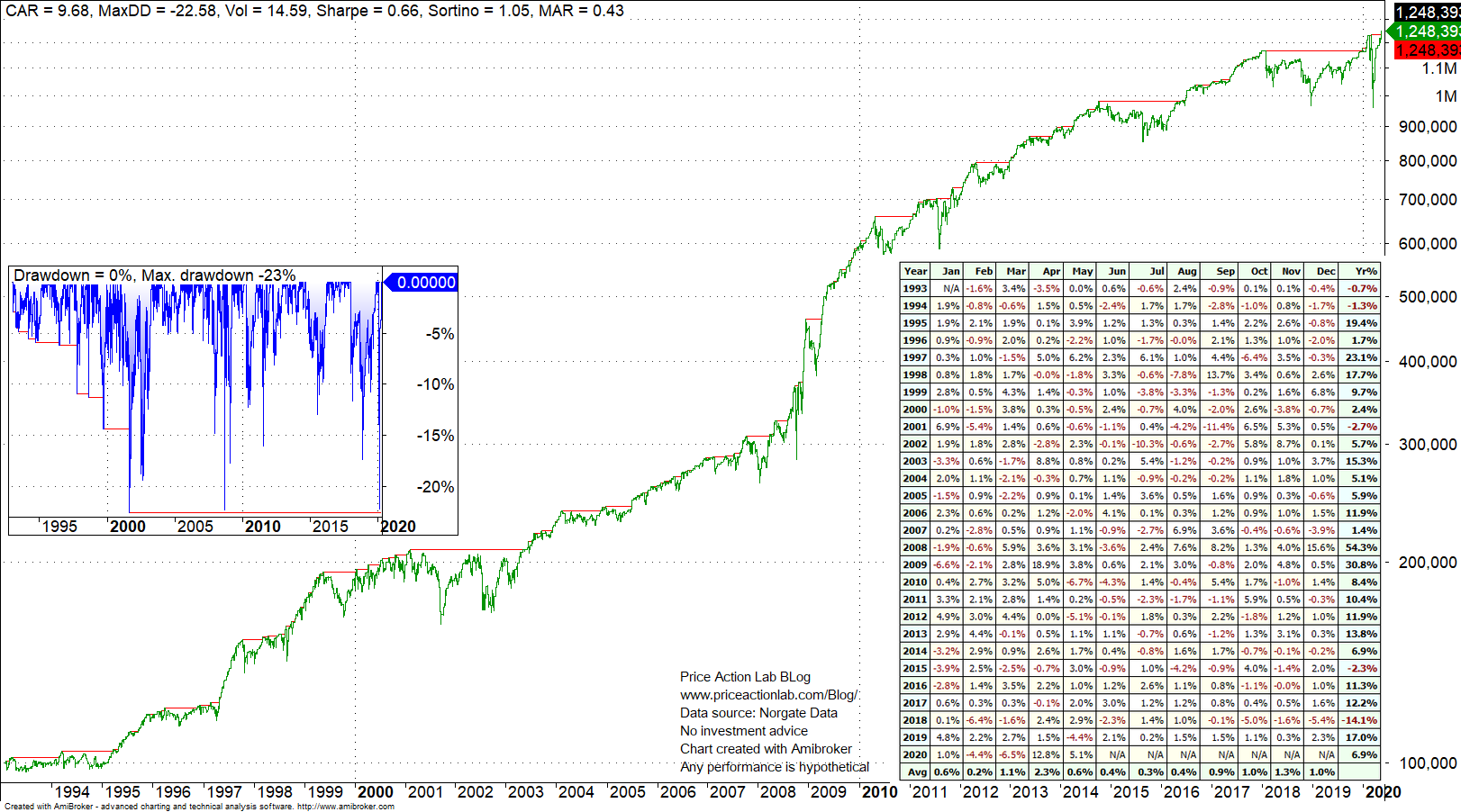 The strategy recovered from March drawdown and it is gaining 6.9% year–to-date.

Note that drawdown during March did not exceed the historical maximum drawdown of about 23%.

Also note that in 2018 the strategy had its largest yearly loss of 14.1%, which exceeded by a large factor previous losses in four down years since 1993. As it turns out, 2018 price action was much more difficult for mean-reversion algos to deal with than in 2020 year-to-date.

A few comments about mean-reversion strategies

Mean-reversion strategies are risky because the trades usually go against the short-term trend and stop-loss cannot be effectively used since it destroys profitability in most cases.

Due to high risks, mean-reversion strategies are for professional traders that understand risk and can manage it well.

Many amateur traders even when using a profitable mean-reversion strategy may face losses because of fear to take risky but eventually profitable signals.