There are two main types of financial social media participants: those who constantly complain about market prices, central bank actions, interest rate levels, quantitative easing etc. and those who deal with reality.

Anyone who participates in social media has witnessed a large divergence between two main groups of people: one group that constantly complains about the markets and another consisting of individuals that try to analyze price action and deal with reality.

The first group that constantly complains generates high level of noise by linking to permabear articles and naive analysis by individuals who are either politically motivated, despise the financial system in general and/or think they understand economics, markets and know better what central banks should do or should not do. A few make some valid points but the overall impact is negative.

The backfire effect cognitive bias is prevalent in this group: the longer they fail to predict what will occur in the future, the more aggressive they become with their forecasts. Since 2010, members of this group have predicted hyperinflation, a collapse of market indexes, the bond market crash and a host of other adverse developments numerous times. Since they have failed due to central bank actions, their main position is that central banks must be abolished. In other words, they are in favor of eliminating the factor that has invalidated their forecasts ignoring the fact that the job of central bank is exactly to prevent the conditions they forecast from developing: market crashes, hyperinflation, bear markets, etc.

The second group is diverse: there are some using naive technical analysis, drawing lines on charts for example, and some others that are quite advanced and use a variety of quant methods. But the difference is not that important in some context; what counts is that the members of this group are trying to deal with reality and often ignore the noise. Some are discretionary traders, some are systematic traders, a few are fund managers, macro, quant, etc.

Let us look at some backtests to get an idea about the performance of two typical strategies the second group follows: momentum and mean-reversion First the well-known long-only 12-month moving average strategy in SPY ETF monthly mainframe. 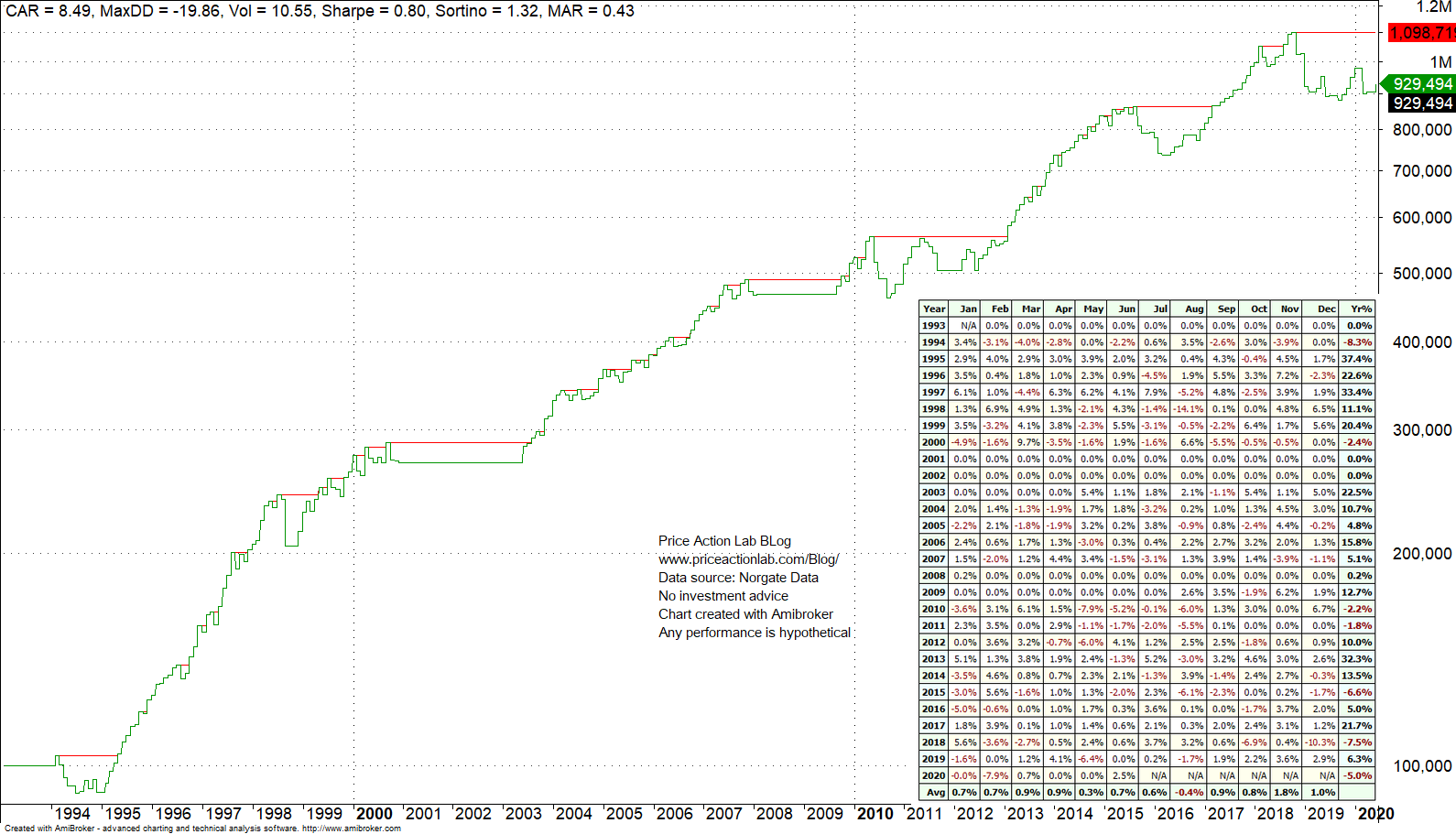 This strategy went flat end of March of this year and went long again this month. Year-to-date the strategy is down 5% and recovering from about 20% drawdown. This is not too bad given that on March 23 of this year, SPY was down 33.7% from the all-time high.

Next is our proprietary PSI5 long-only mean-reversion strategy in SPY ETF. 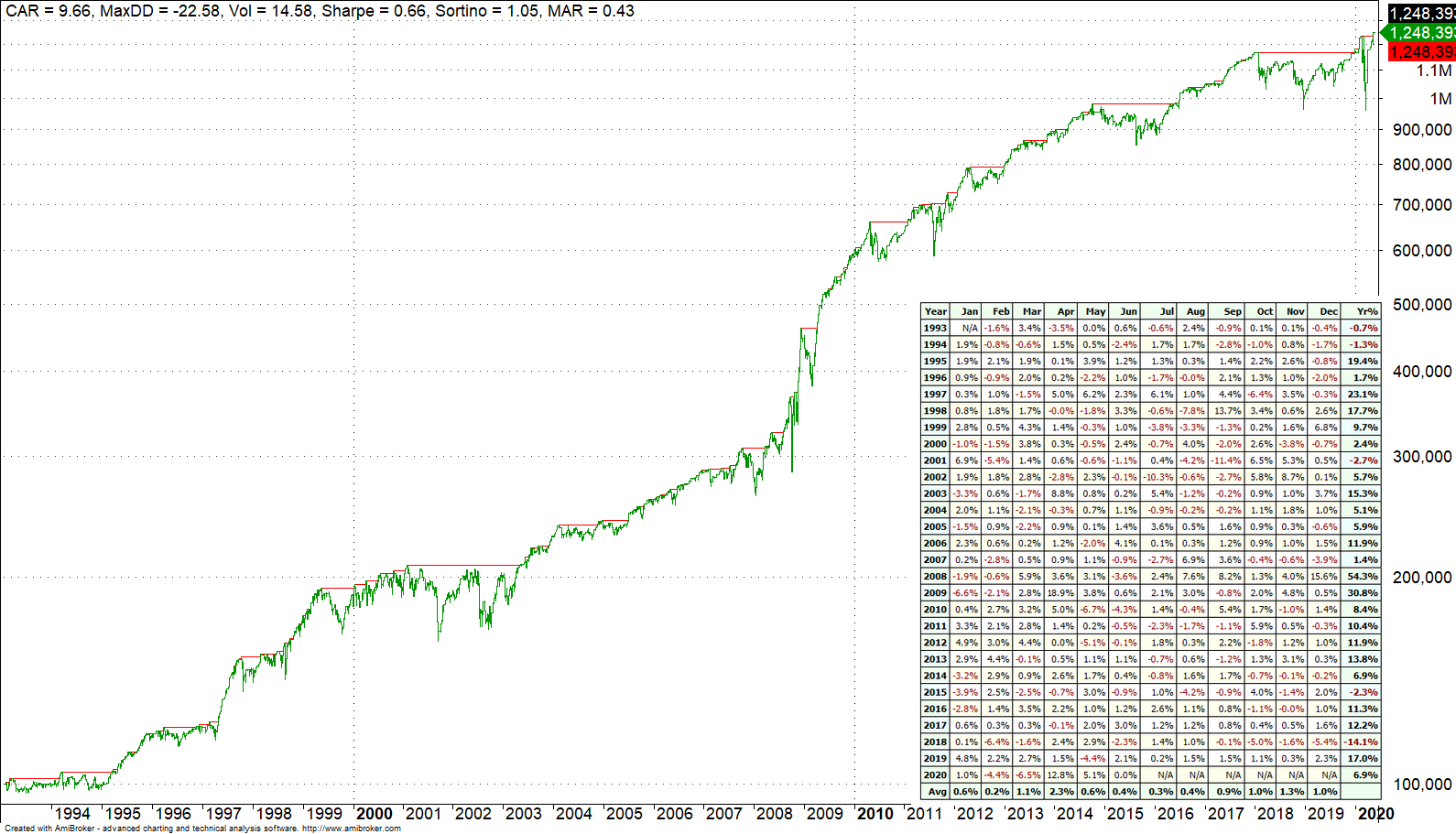 The strategy is gaining about 6% year-to-date after a drawdown of 23% earlier this year; the recovery has been spectacular.

The combination of the above two strategies has nearly flat performance. This is not too bad considering the adverse market development this year so far.

Developing and executing strategies, or even analyzing the markets with technical analysis, is much harder than complaining all day long about central banks, the financial system, etc. Of course, people are free to make their choices.