Despite persistent high levels of implied volatility throughout the year, U.S. stock market keeps making new all-time highs. Although this may look perplexing to some, there are explanations for these moves and in fact they present nothing new.

The S&P 500 has forged to new highs although implied volatility as measured by VIX has remained at relatively high levels, as shown in the chart below. 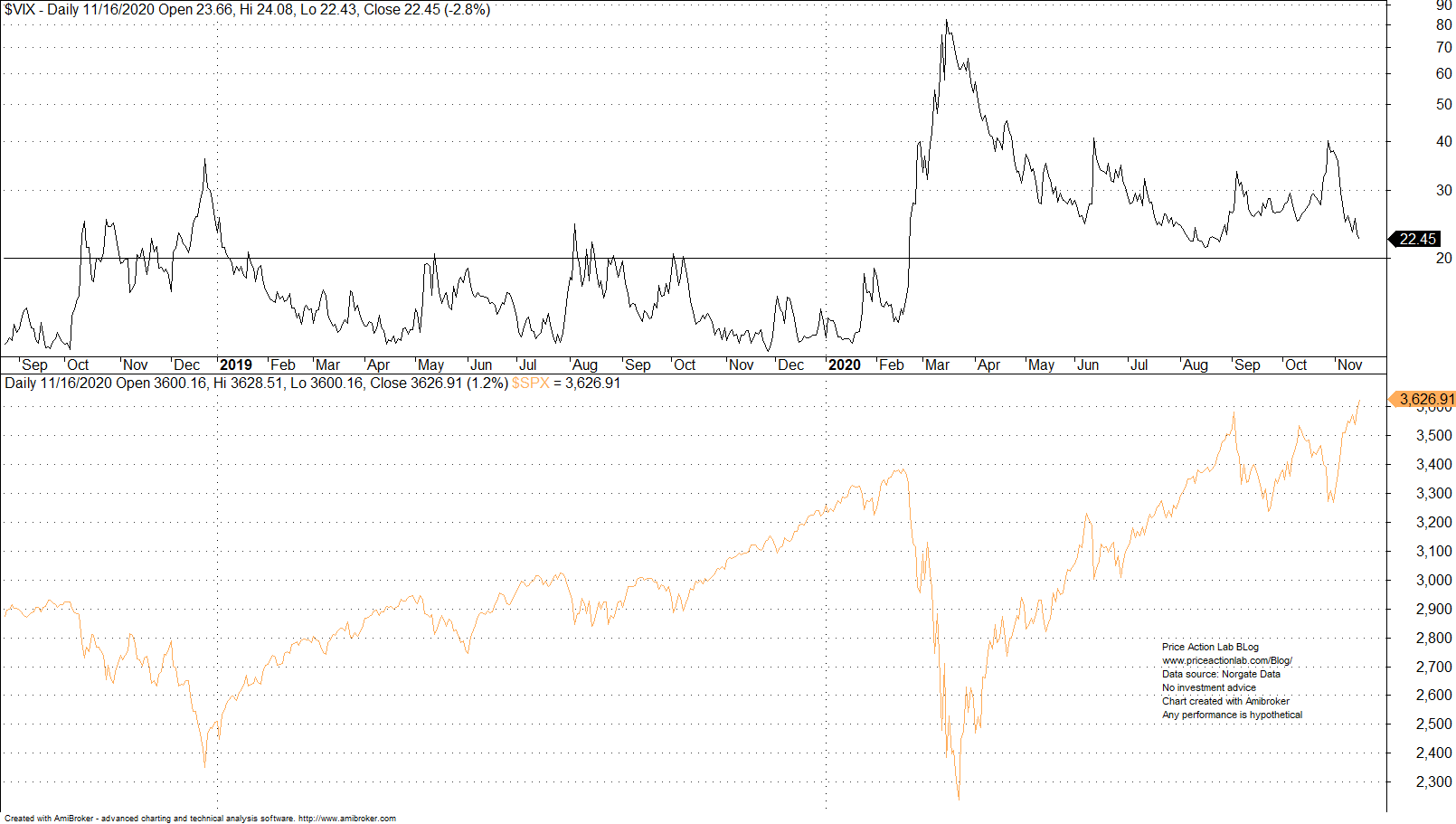 I have noticed many in social media surprised about a rally at high implied volatility. However, most of the times surprises are the result of not studying carefully the past. 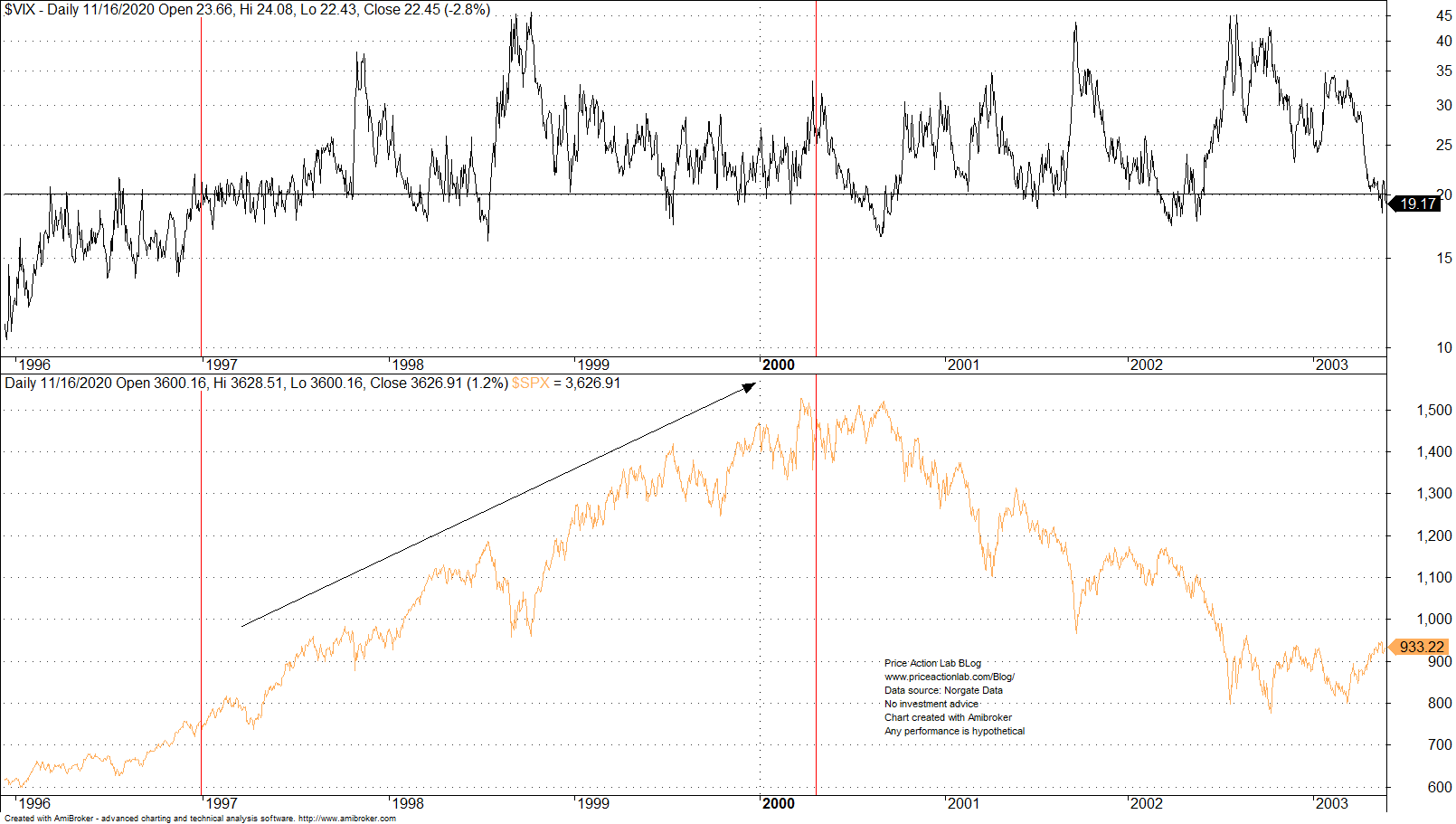 Note that implied volatility was elevated even before the Rubble crisis in summer of 1998. Then despite fears of a default domino and irrational exuberance in dot com stocks, the market kept forging higher for a while.

Now, some ask: how can this be possible?

To start with only philosophers and economists try to rationalize the market. Traders and investors follow models, prices, their experience, etc. The market is too complex to rationalize. However, in the above two cases there are “simple” explanations.

In the 90s, despite elevated implied volatility, investors thought that the new technologies and the ‘Internet highway” would be a significant driver of wealth creation. They were right and wrong. Right, because a lot of wealth was created in the next two decades. Wrong, because before wealth was created, a lot of excesses had to be removed from the market. Investors were hit hard by the bear market that followed. So due to that precedent many think that investing under high implied volatility conditions is risky. But that is only one data point in a complex environment called the market.

During this time, there is a strong uptrend in equity market while implied volatility is elevated. The main driver of higher prices is hope of  an effective vaccine that will stop the pandemic and return the economy back to normal conditions. Then, there are additional drivers:

The above secondary drives combined with the primary driver about availability of vaccines to end the pandemic are behind the rally. Could investors be wrong?

Of course they could be wrong. If they are, they will face the consequences of their decisions, as they did in the late 90s. But no one knows what will happen; it’s a game of risk/reward.