According to reports, the average forecast by Wall Street managers is for the S&P 500 to rise 10%. This is a naïve forecast. 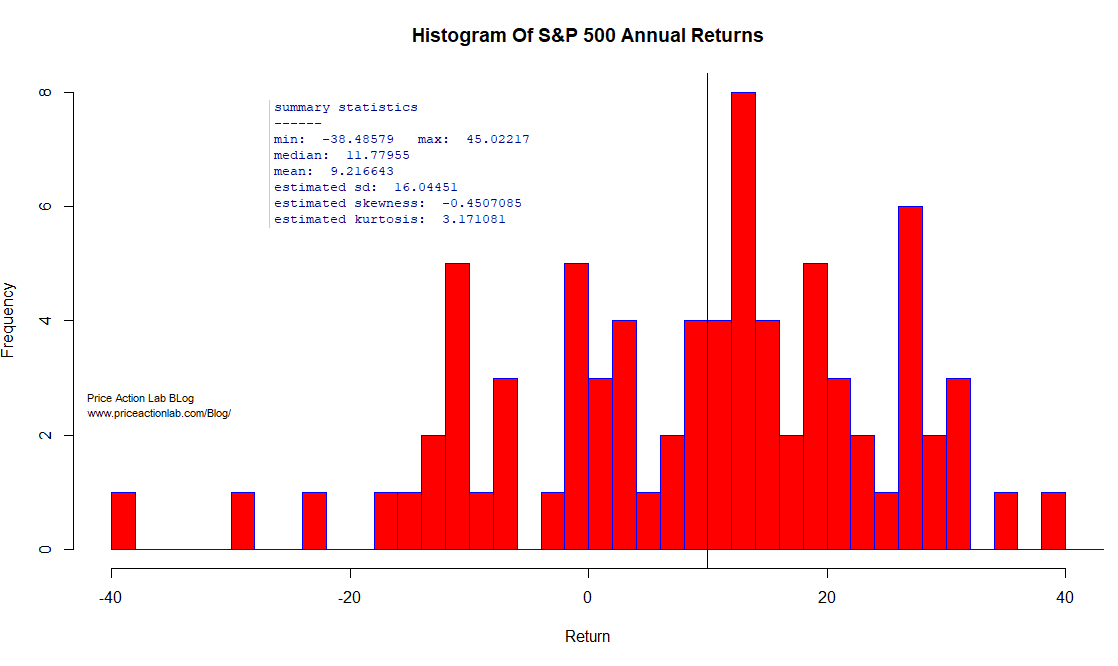 Based on the above sample, mean annual return is 9.22% and standard deviation is 16%. The black vertical line is set at 10%. An empirical distribution fit does not provide any useful conclusion about the population distribution: the actual distribution can be anything and there is simply not enough information to decide. In fact, the distribution may not even exist. 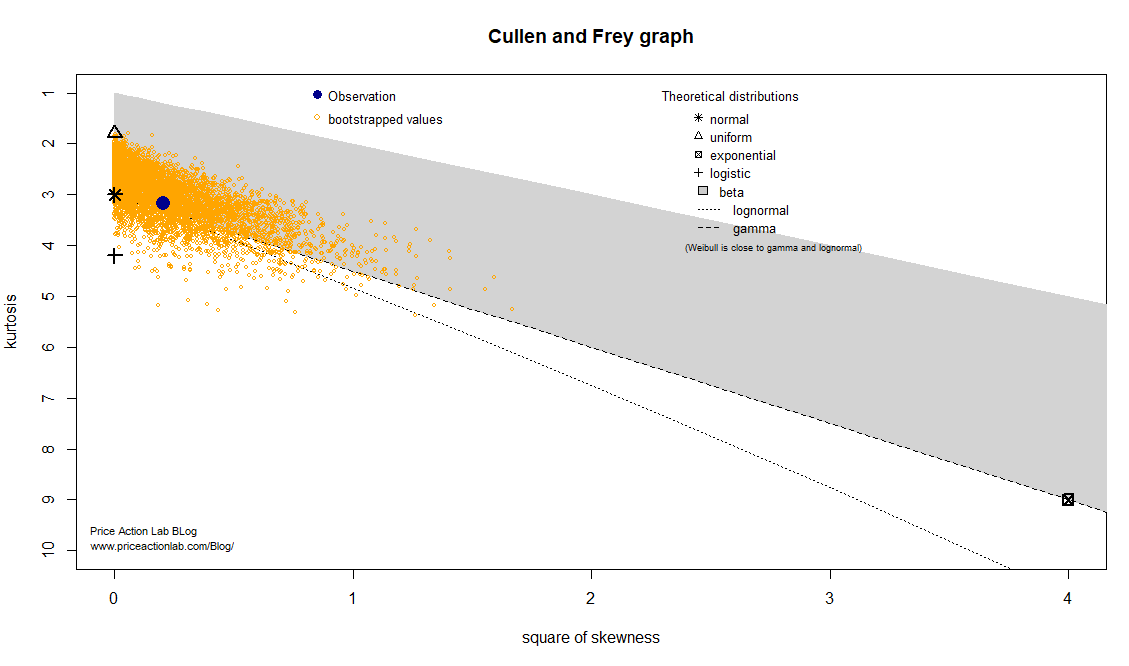 The Cullen and Frey graph shows that based on bootstrap (n=5000) the values have high variability. The observed value does not indicate any particular distribution as a suitable candidate.

The above analysis offers one reason why (on the average) forecast are naïve. Note that 10% gain average forecast is the same as the annualized total return of SPY ETF since inception, as shown below. 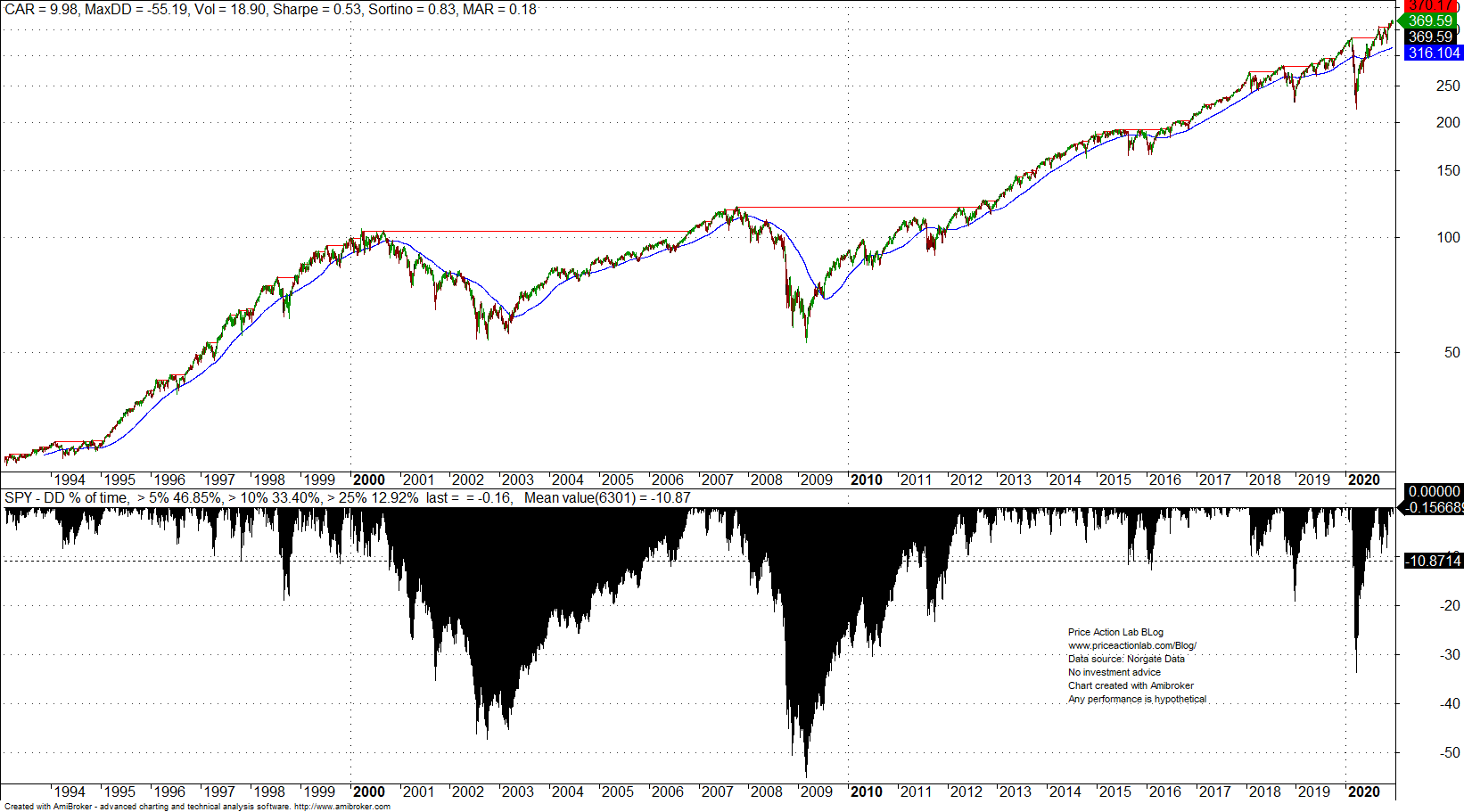 The point the above chart makes is that those who make forecasts about the market are naïve and more so if they claim a naïve forecast that is the longer-term annualized return.

Since 1993 there have been two devastating bear markets and numerous large corrections. The naïve forecasters (usually sales people or “do nothing managers” of the buy and hold type) assume the Fed will continue to support equities as in the past. The Fed was also supporting markets earlier this year but a 30%+ drawdown occurred regardless.

The argument usually made is that “stocks go up in the longer-term”. No mention is made about those close to retirement that had to wait 7 years after the dot com bear market to recover their losses. The managers who make naïve forecasts will not lose because in case of a market crash their marketing department hopes to attract fresh money by claiming that “stocks are cheap now.”

Investors, and more importantly those close to retirement, could benefit from forecasts of potential market crashes but those are hard to make. Even a charlatan can make a naïve forecast and there is no real value added. Highly paid managers making naïve forecasts is a contradiction; no one should be paid a dime for making a naïve forecast.