During regular trading hours on January 27, 2021, CBOE SKEW Index dropped to a low of 79.25 possibly due to extreme divergence in prices of calls and puts. This development indicates that speculation in the stock market may have reached unprecedented levels.

The CBOE SKEW index is perceived as a measure of tail risk that is not captured by VIX. Another interpretation often found in the literature is that CBOE SKEW reflects deviations from normality in returns and the probability of extreme events. In my opinion, SKEW has less predictive power than VIX since it is a derivative of that volatility index that is not predictive in the first place. It is probably an esoteric index developed for some specialized applications and is not predictive for market returns.

CBOE reports end-of-day values of the SKEW index as shown below.

The close for January 27, 2021, was at137.93.  According to this value, the probability of a three standard deviations event below the mean is roughly 2.3%. Is this useful? In my opinion, this is not a useful measure for market practitioners but it may be suitable for structuring synthetic derivatives.

However, most data services reported the high and the low of the day in addition to the close on January 27, 2021, as shown below. 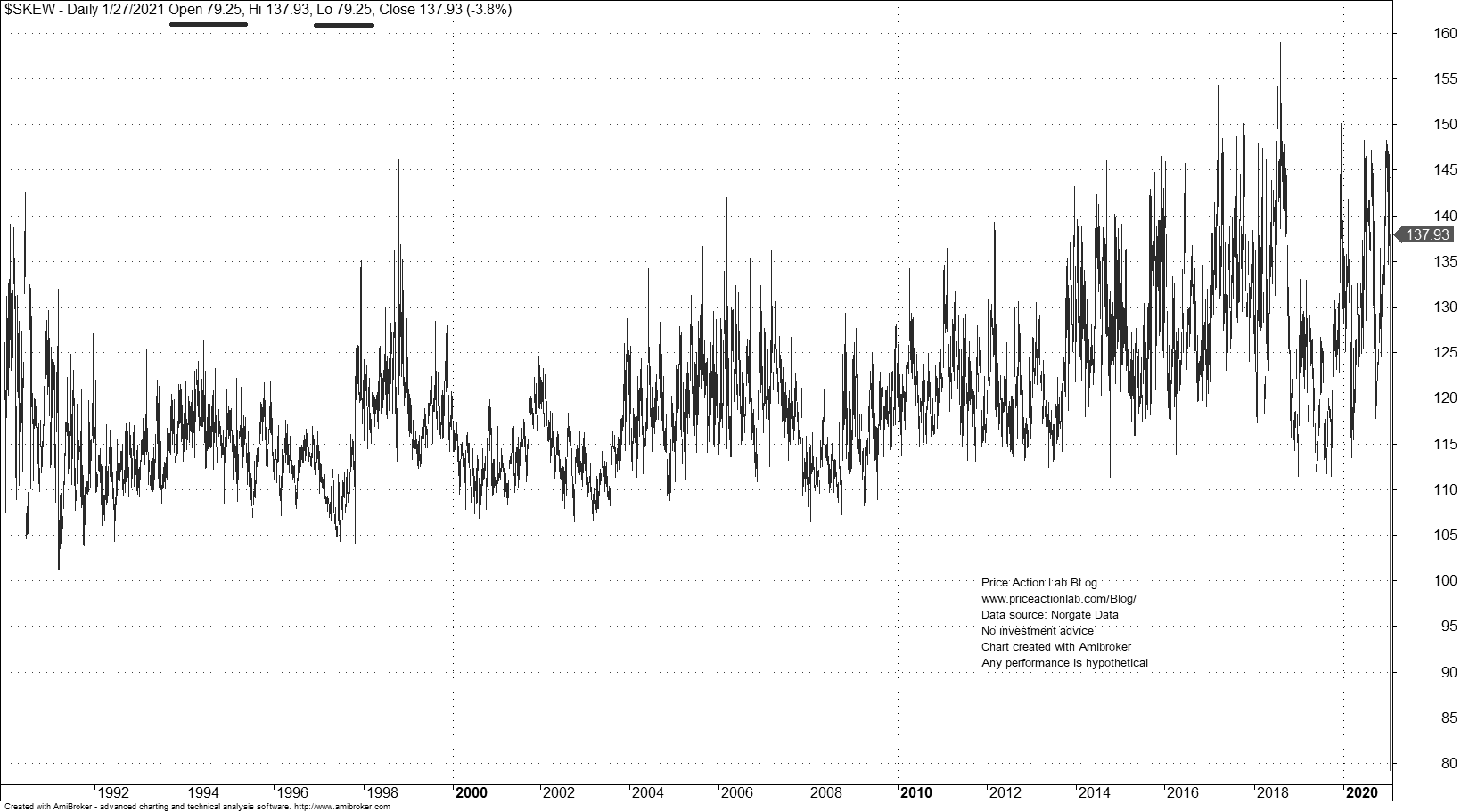 My understanding is the SKEW is calculated intraday as the methodology provided by CBOE implies. The chart shows a significant drop below 100 to 79.25. Note that 100 corresponds to an expectation of normal returns for S&P 500. Since the price series for all previous days include only the close value, there is no indication if something like this has occurred before. Regardless, what does a value of 79.25 mean?

A low value much below 100 means in the context of SKEW methodology that during the day positive returns were more likely than negative returns and calls became a lot more expensive than puts. Does this make any sense?

Given what we know about call buying frenzy in the last few days especially in stocks with high short interest, the above hypothesis may make sense. Below is a monthly chart of CBOE equity options volume put/call ratio. 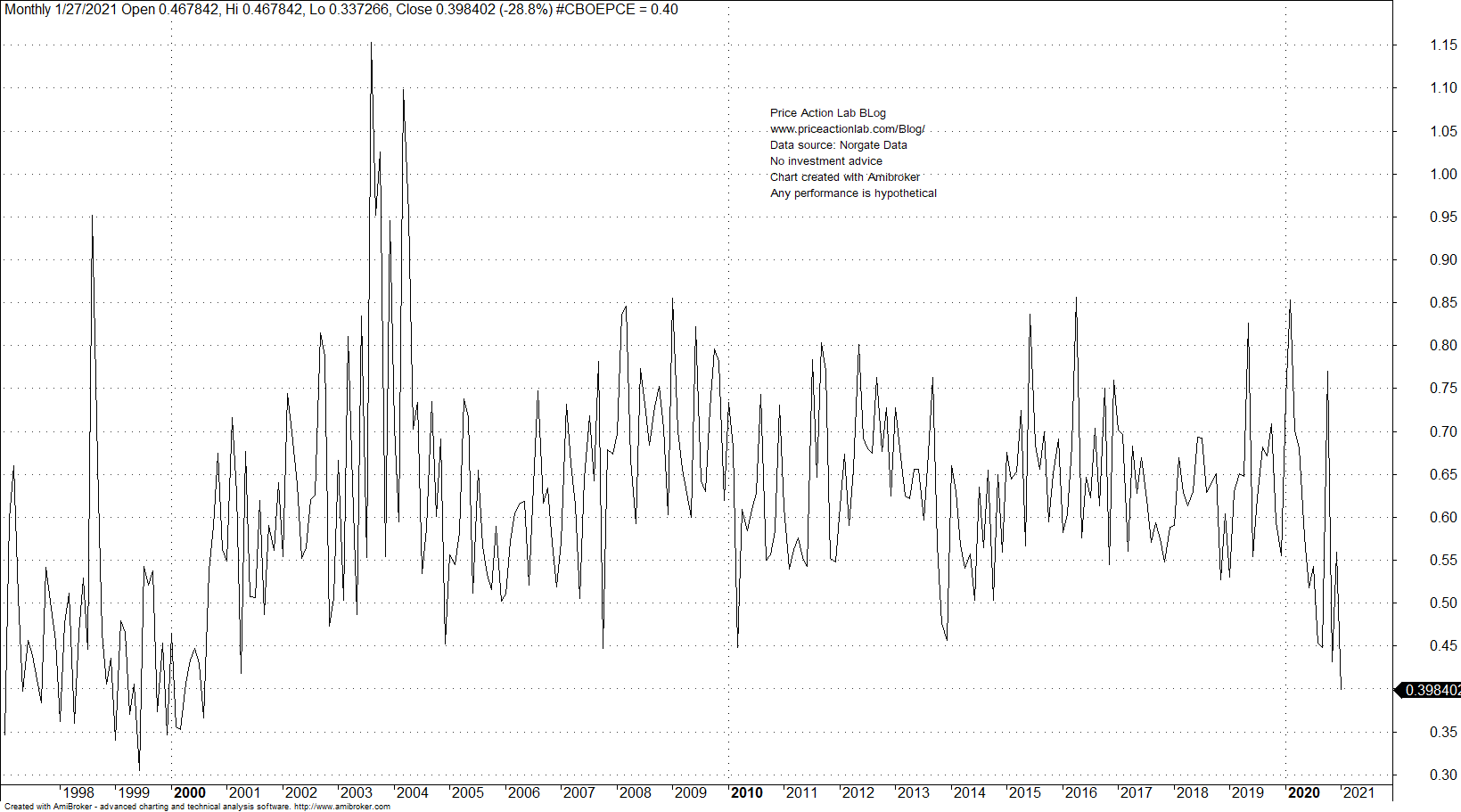 As it has also been reported in several other financial blogs, the put to call ratio has reached levels seen before the dot com top in 2000. This reflects extreme behavior of speculators who are convinced the uptrend in stocks will continue because the central bank guarantees that with their easy money policy. People hit by the pandemic are trying to profit from stock market speculation thinking the central bank is providing free money.

Speculation is the foundation of price discovery and efficient allocation of resources but extreme speculation breaks that process and always ends with most speculators suffering devastating losses. This has always been true in the past and it will not change because speculation profits are distributed according to a power low with a fat tail. For example, about 1% of market participants may end up pocketing all the money at risk by the other 99%. Extreme speculation is not a way of solving the inequality problem but another recipe for disaster and even higher inequality.