Some Of Best Performing Stocks Have Been Brutal Investments Historically

Some of best performing stocks since the March 2020 bottom have also been the most volatile historically. It sounds like a market paradox but it makes sense. Read below why.

The table below shows a list of the 15 top stocks based on returns from the bottom of March 23, 2000 to January 4, 2022. The maximum return for each stock is also shown.

TSLA sits at the top with 1,244.46% gain since March 23, 2020. Maximum gain was 1,338.39%. Many traders and especially bears have hated this stock throughout this whole period. Many who didn’t understand this stock have lost money shorting it.

More interesting is the MRNA case. The stock gained as much as 1,618% but has settled for a 726.45% gain that nevertheless makes it top five performer in S&P 500 in the period considered. But the volatility should not be much of a surprise; this has been a volatile stock historically, as shown below. 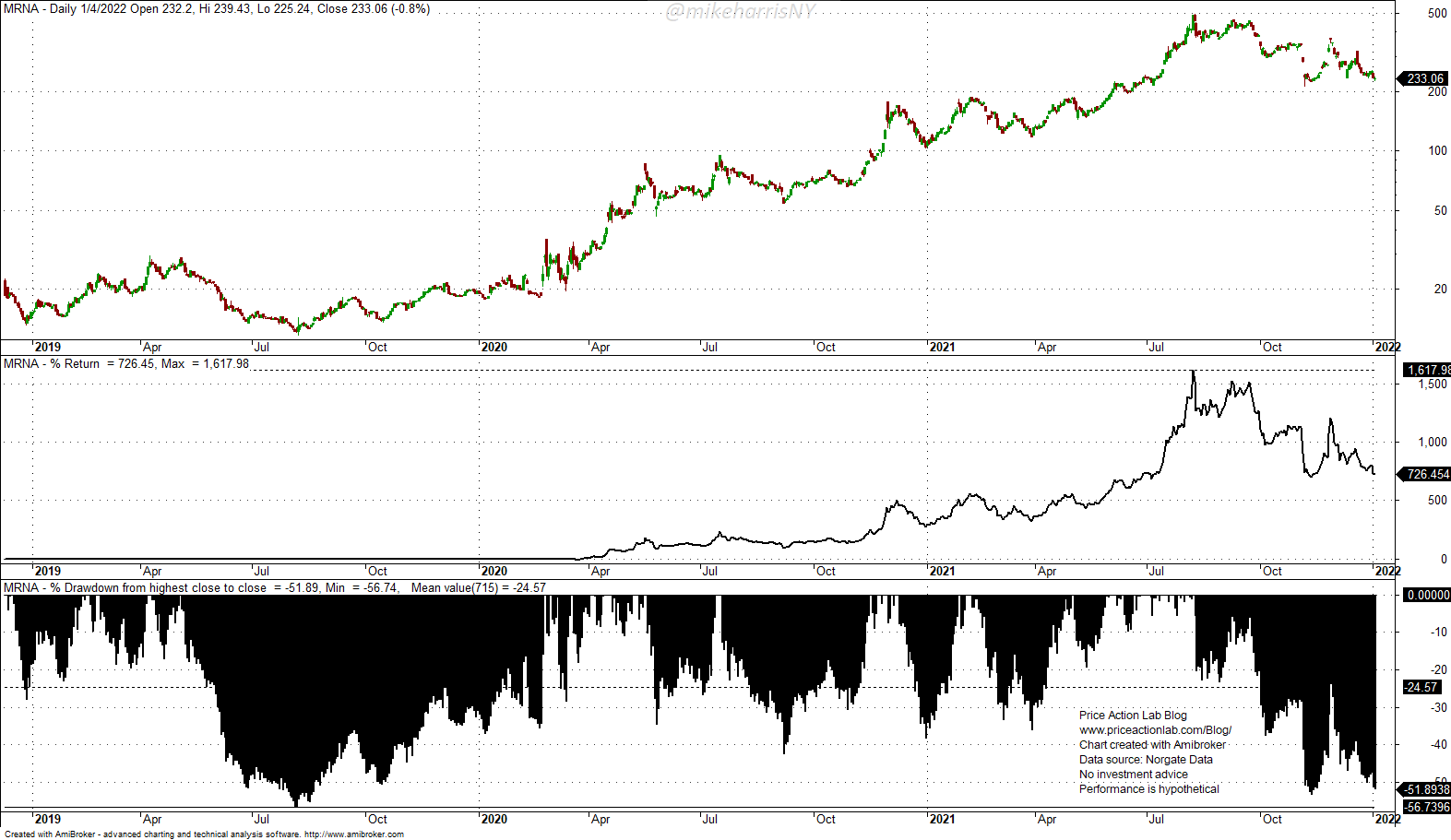 The stock is down about 52% from the July 2021 highs but notice that in 2019 and even before the pandemic, the stock had dropped nearly 57% from its April 2019 highs. Therefore, the recent fall cannot be attributed solely to recent irrational exuberance; this has been a highly volatile stock all along. 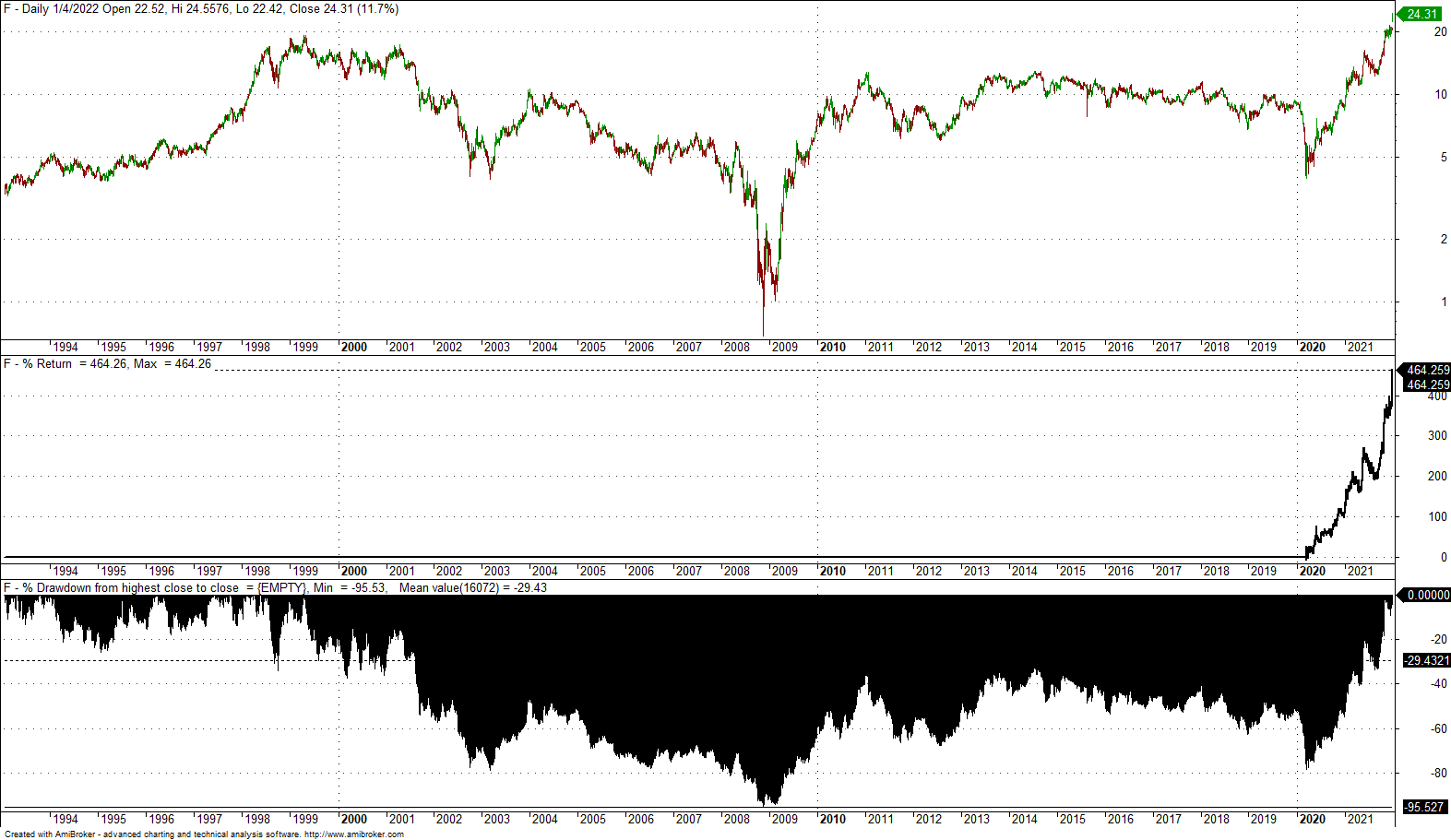 Notice how in 2009 the stock was down nearly 96% from its 1999 highs! In fact, March 23, 2020, found the stock still about 80% below the 1999 highs. But a “miracle” happened and the stock recovered fully and forged to new all-time highs. The reasons for that are known, or maybe not, but not the subject of this brief article.

The subject of the article, or rather the conclusion, is that some of the most highly volatile stocks historically had the best performance recently. It makes sense. Volatility works in both directions but there is something else: many avoided these highly volatile stocks due to high risks and there were no selling pressures due to profit taking. As a result, these stocks rocketed in an unexpected way.

There are more example, like BBWI, which is another very volatile stock historically that was down 88% on March 2020, but then surged 898%.

It sounds like a paradox but some of the most beaten up and highly volatile stocks in S&P 500 gained the most. Maybe it was because many investors didn’t expect these stocks to perform well and at the same time many shorted them.

The market never ceases to amazes us.

15% off for blog readers and Twitter followers with coupon PAL15