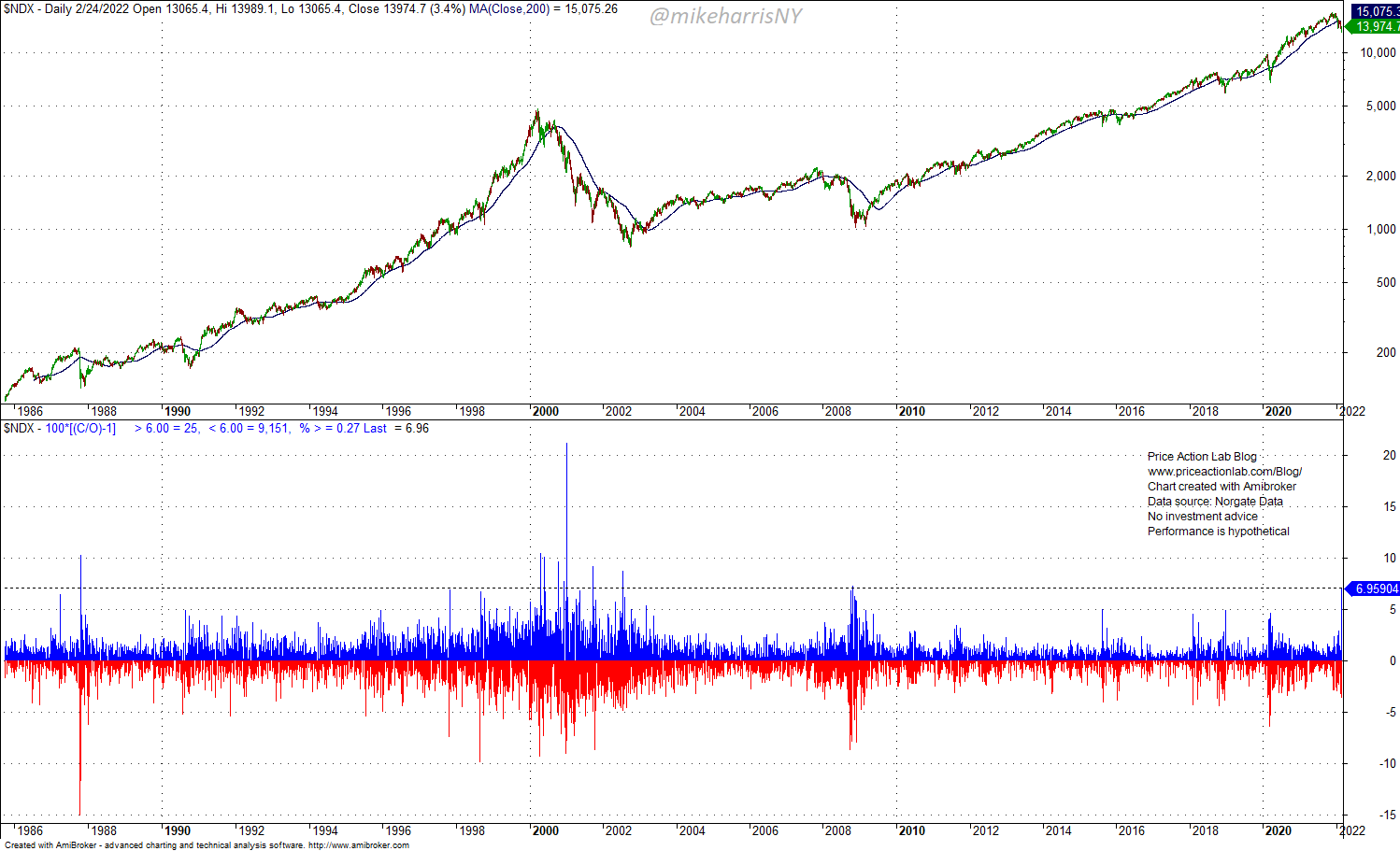 The chart below shows that there have been only four other occasions since inception of NASDAQ-100 index with an open lower than 2% and a close higher than 2%. 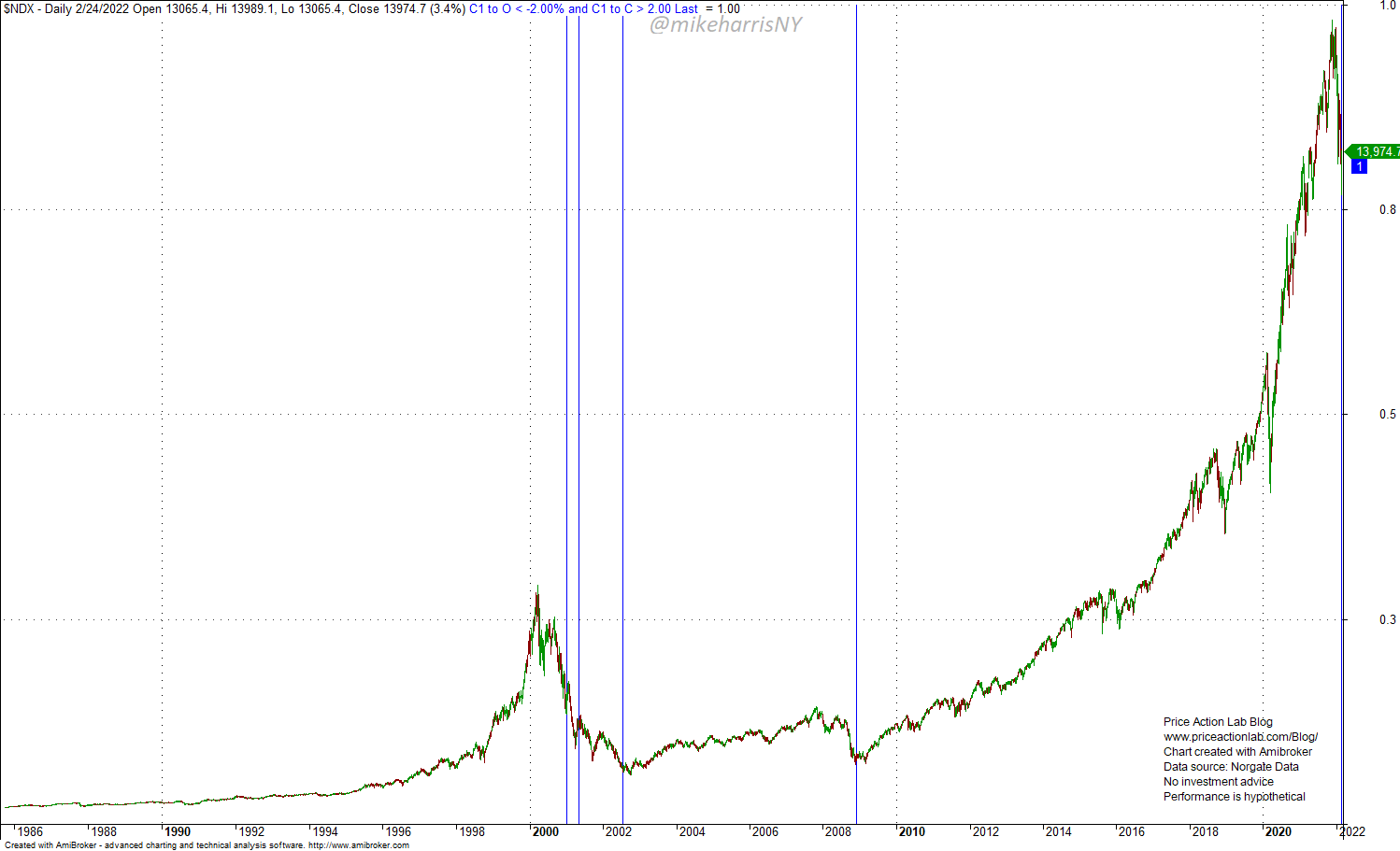 Below is a table of all occurrences of 2% drops from the open followed by positive close, in NASDAQ-100. 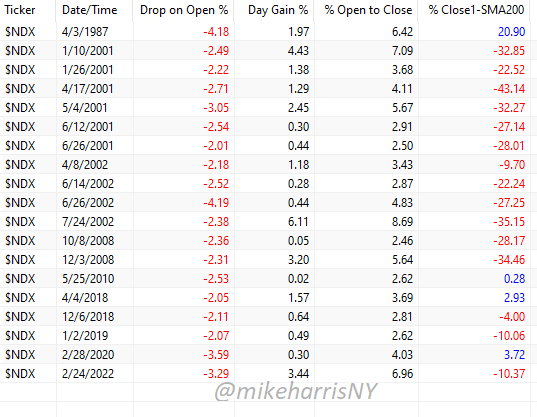