The Humbling Process of Inflation

Inflation is the (adverse) result of the interaction of a large number of variables in a highly non-linear economic system. It’s also a humbling process for those who rush to make forecasts about inflation levels.

In my M4 presentation in New York in December 2018 on the subject of reflexivity in financial markets, I noted that the results of forecasting are random due to the curse of dimensionality. There are also hidden unstable modes that may cause a system to implode. The relevant slides of the presentation are 26 – 32 and can be found at this link.

Despite the high complexity of the economic system and inflation, there are numerous forecasts daily about future levels. In other words, many people are involved in an exercise in futility. Due to the large sample and multiple forecasts even by the same sources, some will claim victory in the end. One thing is certain: the outcome and the forecast will be unrelated and due to luck, not skill.

I include the long-term of the seasonally-adjusted CPI just to offer an idea of how unpredictable were the changes in the 1967 to 1983 period. 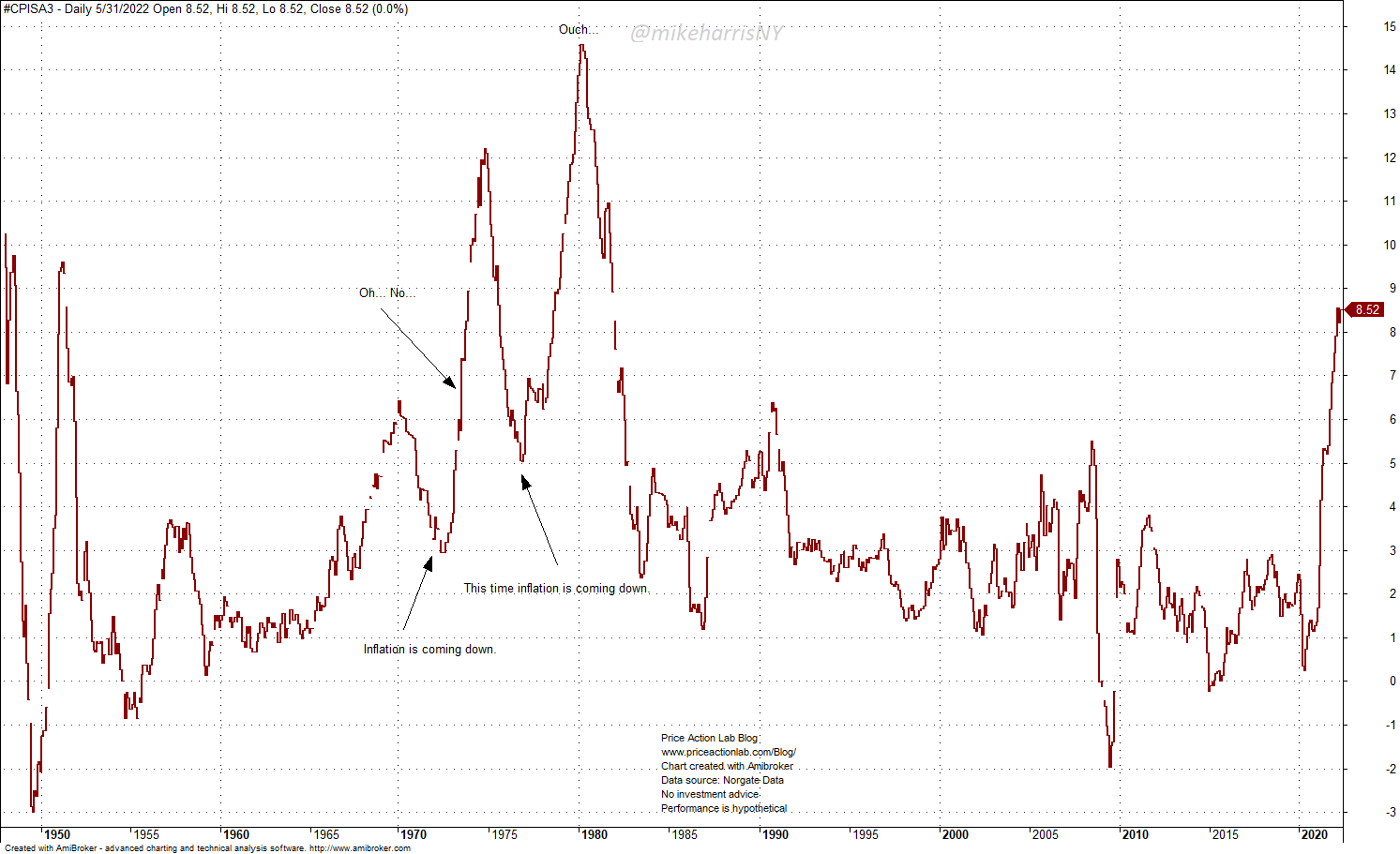 How is this chart relevant since the conditions now are different? The answer is that the conditions may differ but the dynamics have not changed: it’s still a highly non-linear stochastic system with many hidden unstable modes. If the right mode is excited, the system may even implode but that has a low probability.

The inflation process will humble many technical and fundamental analysts. Besides being a vehicle for speculation, the markets are also a ground for testing the limits of human cognition. Short to medium-term inflation forecasts are amusing. Inflation is not the same as inventories and is not even the same as the weather. Forecasting the weather is hard, due to stochasticity, but people cannot affect weather patterns with their actions whereas market participants and central banks can alter the market path for better or worse.