After a sharp rise from mid-April to mid-May of this year, stock market volatility is crashing. This has been historical a good sign for equities, except when it was not.

The daily chart below shows the 21-day annualized volatility of the S&P 500 index. 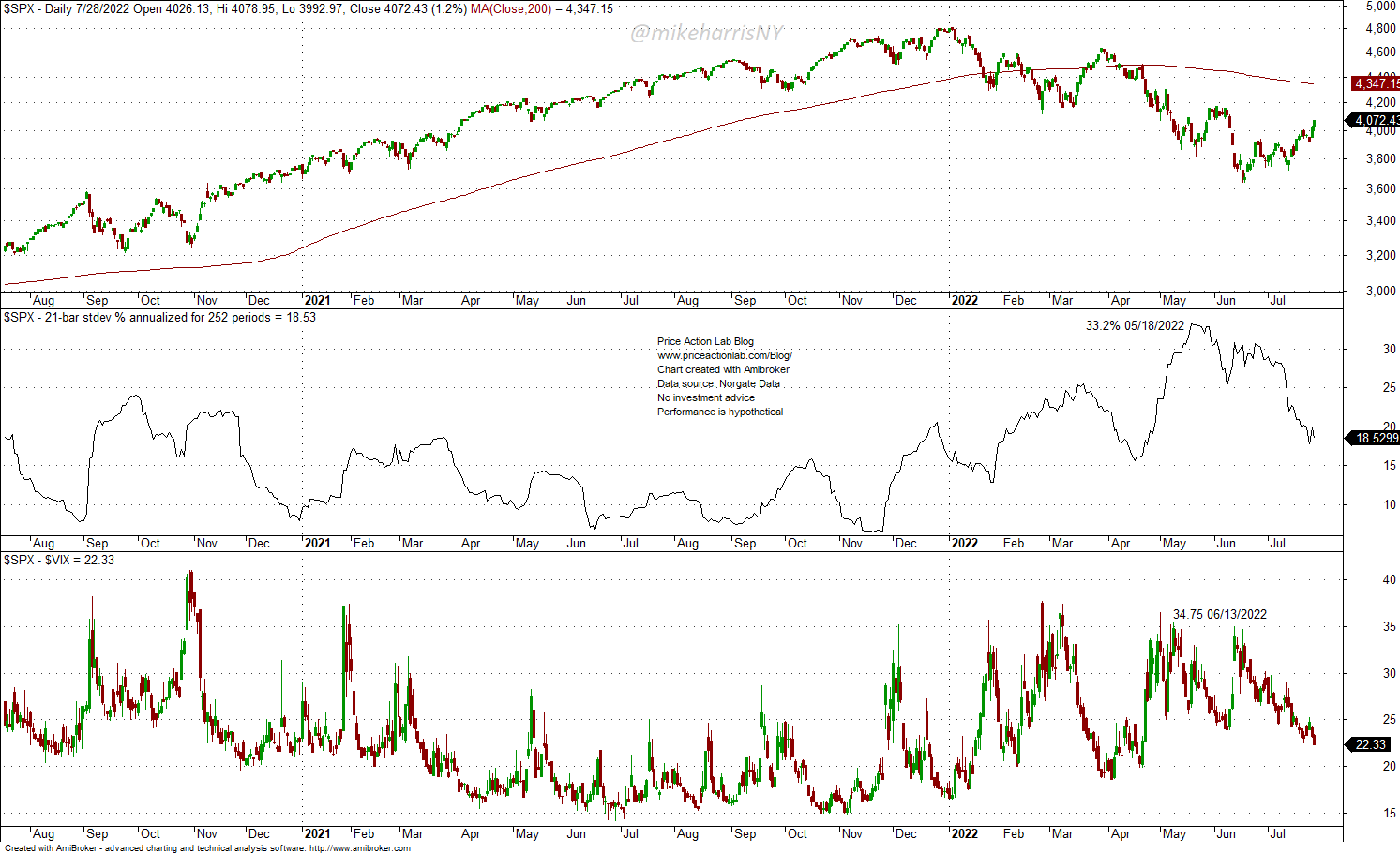 Implied volatility, as measured by VIX, has also declined from 34.75 on June 13 to 22.33. The rapid decline in both realized and implied volatility is a good sign for equities historically, except when it has generated false signals, and there have been quite a few during past bear markets, as shown below. 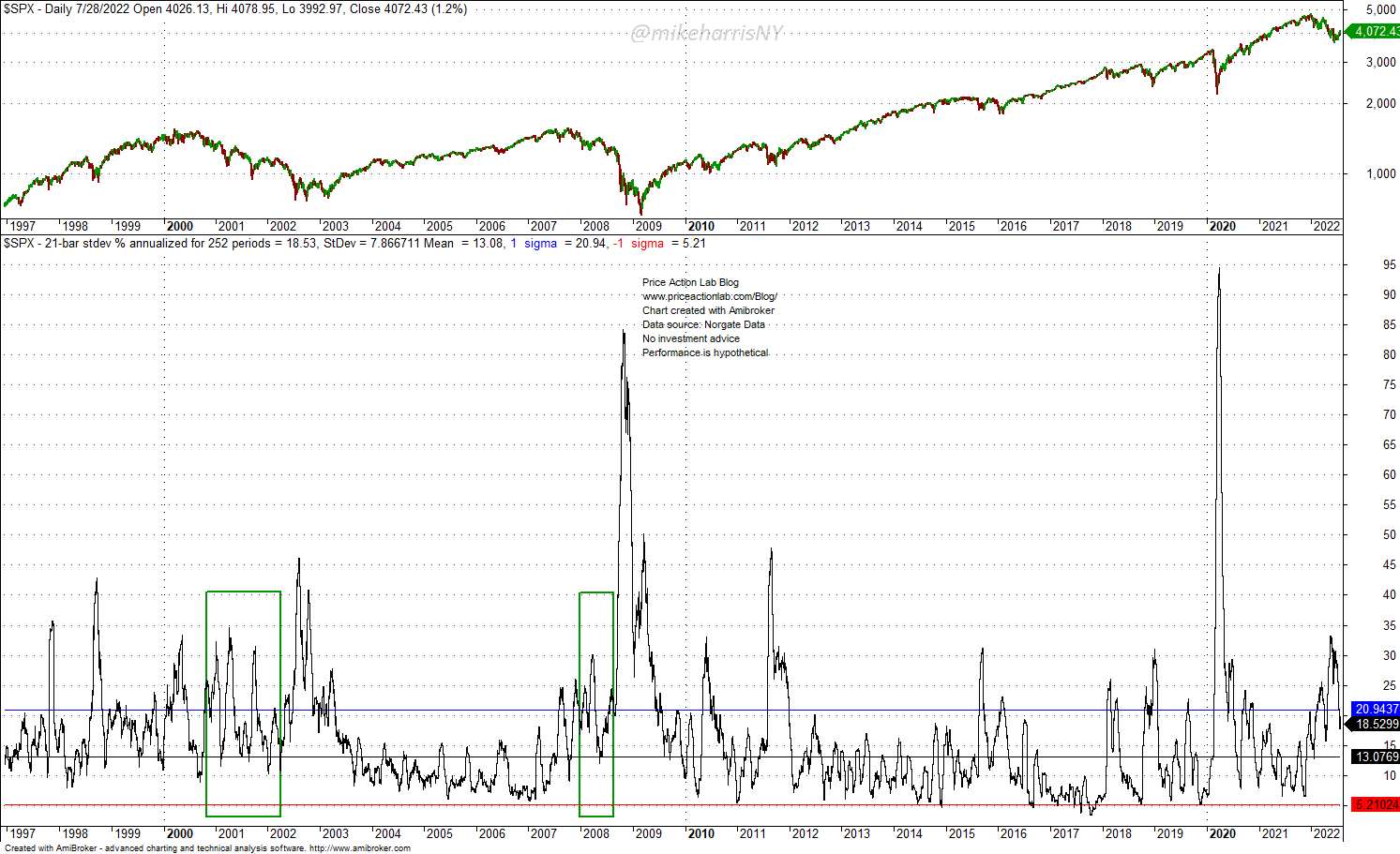 Volatility is a good technical indicator, but as with all derivatives of prices, it lags price action and can generate false signals that end up being too costly.