Intraday traders fight against noise, but more importantly, they fight with lucky random traders. Winning in intraday trading is possible but requires a significant edge not offered by conventional trading methods. An example from the recent Fed Press Conference is included.

Yesterday, a tweet circulated about someone who lost $150K of borrowed money trading intraday. Irrespective of whether this is a true story or not, losing money in intraday trading is the norm, and making money, especially consistently, is a rare outlier. Why?

What is a lucky random intraday trader? This is a trader that has no edge and, given enough time and a sufficiently large sample of trades, will end up with a flat performance before commissions and slippage, but in a relatively short time, this trader is profitable due to luck.

Random but lucky traders with no edge can ruin traders with significant edges in a short period, although in the long-term the edge would have worked well.

How lucky can random traders get?

I wanted to find out, so I asked a pro intraday trader I know (Alex @hughesanalytics) for clean 10-minute intraday data for the S&P 500 E-mini contract. Alex was kind enough to provide 234,878 bars of clean data from January 3, 2016, to September 1, 2022. I plugged the data into my random trading simulator and below are the results. 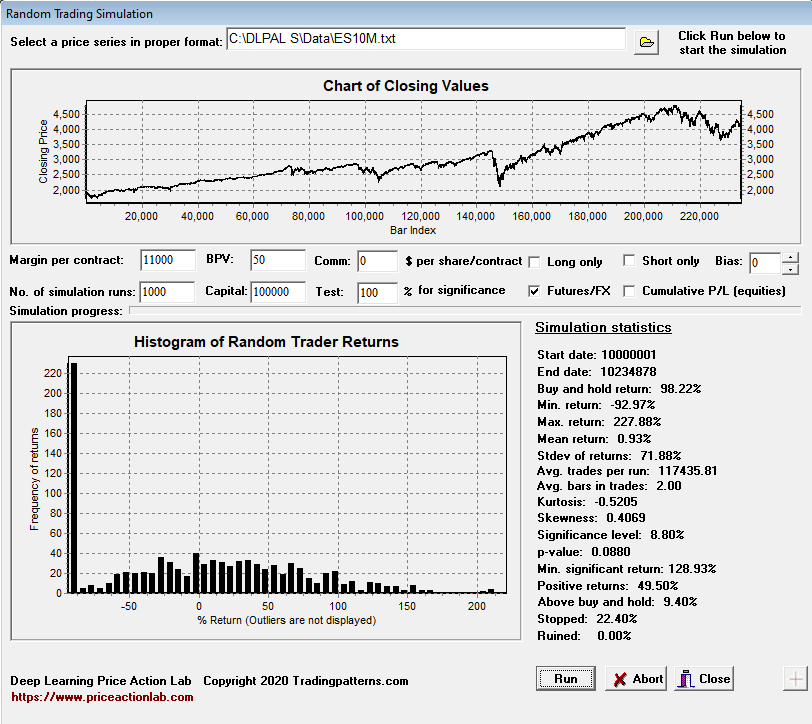 Before we discuss the findings briefly, here are some details about the simulation:

There are 1,000 random traders with $100k initial capital who use a fair coin before the close of each 10-minute bar to enter long (heads) or short (tails) positions. They repeat the toss before the close of each bar. If the position is long and heads show again, they remain long, but if tails show, they switch and stay short until heads show up again. The P/L of each trader is recorded, and at the end of the simulation, a histogram of the returns is created. For illustration purposes only, a commission was not included.

The results showed that, as expected by a large sample and zero-sum game, about 50% (49.50%) of the random traders made a profit. Note that 22.4% of those random traders were stopped out when their equity fell below the required margin.

Therefore, to compete with those lucky random ones, an intraday trader needs a significant edge. Note that most technical methods used by intraday traders are essentially equivalent to noise and are indistinguishable from a toss of a fair coin. Advanced and sophisticated methods are required to make profits consistently and in the long term. Some random traders think they have an edge because they have made a profit for a few months or even years, but in reality, they have been lucky: given enough time, all profits will evaporate.

But there are also intraday traders who try to take advantage of news or economic releases to profit. There was a large group of people who tried to trade the Fed Chairman’s Press Conference, and naturally, some were lucky. 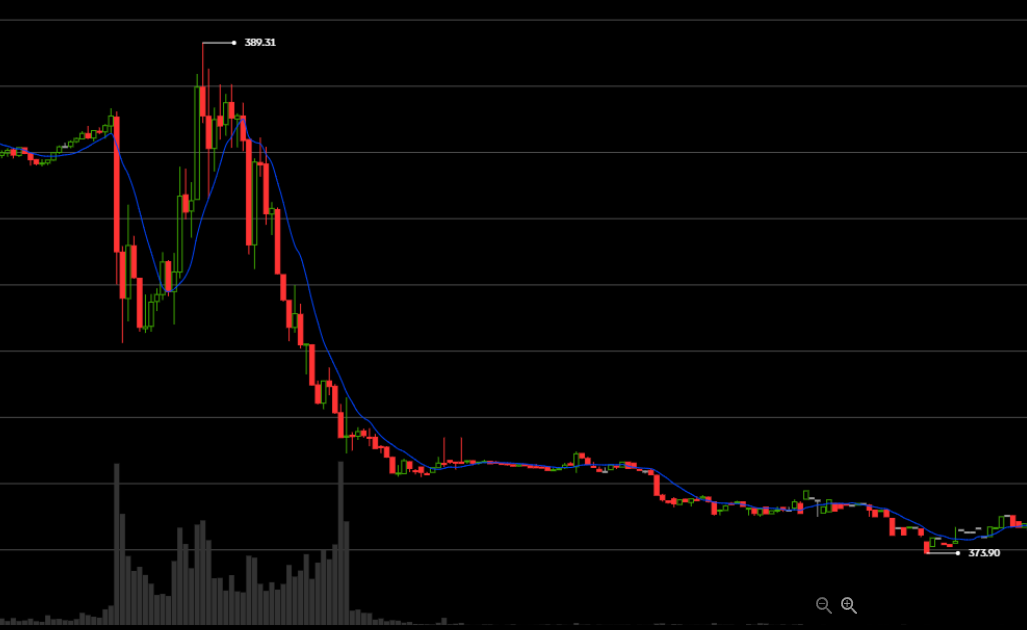 Trading the news and economic releases intraday can occasionally yield large profits, but in the long term, it is worse-than-random trading because not only is there an implicit coin toss, but emotions work against most traders. There may be some that have reached a high level of expertise to be able to trade news and economic releases intraday, but for the 99.9%, it is an unprofitable endeavor.

The intraday trader who lacks sophisticated tools or tries to outsmart algos is destined to lose, although some may remain profitable for extended periods due to luck. Due to the zero-sum nature of the game, intraday traders are not only fighting the noise but are also fighting against some lucky random traders. A significant and robust edge is required for profitability, and most traders do not have one.