When a significant change to Dow composition is made, this could be a leading indicator of a bear market as the available limited sample shows and this goes against popular beliefs that changes to the index are made to maintain uptrends.

By a significant change in this article I mean three or more changes in the composition of the Dow at any given time. Note that nothing implies causation is this article. Changes may be due to changing economic regimes or an attempt to prevent an index decline but causality cannot be established. 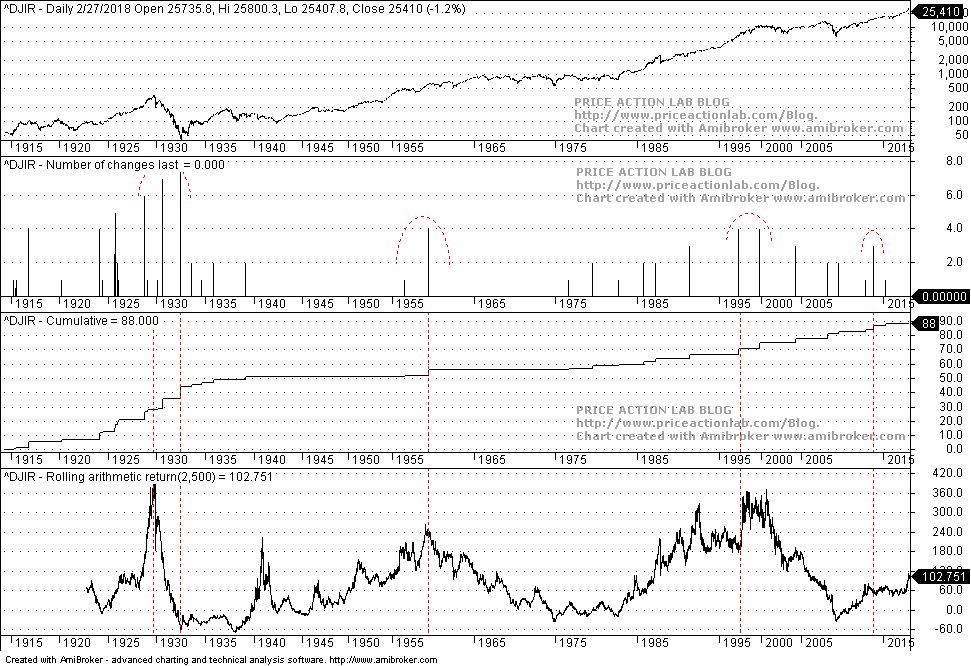 What I find interesting from the above chart is that despite the major changes in the composition of the Dow in the 1990s, the bear market was not averted as it was also the case in the previous two major changes in the 1950s and before and during the Great Depression. Since I have a feeling that major changes to the index may be announced in the near future, with Alphabet, Amazon and Facebook being the primary candidates for inclusion, that would be a signal of a bear market and negative 10-year returns to follow despite popular misconception that changes to the index are made to maintain the uptrends. In other words, I am a contrarian based on the above chart.