Ripple (XRP) has gained about 120% in the last two weeks due to announcements that the company will be launching soon their settlement system, called XRapid.

Actually, let’s not trade XRP, I was kidding. I will explain why below. But first this is the weekly chart: 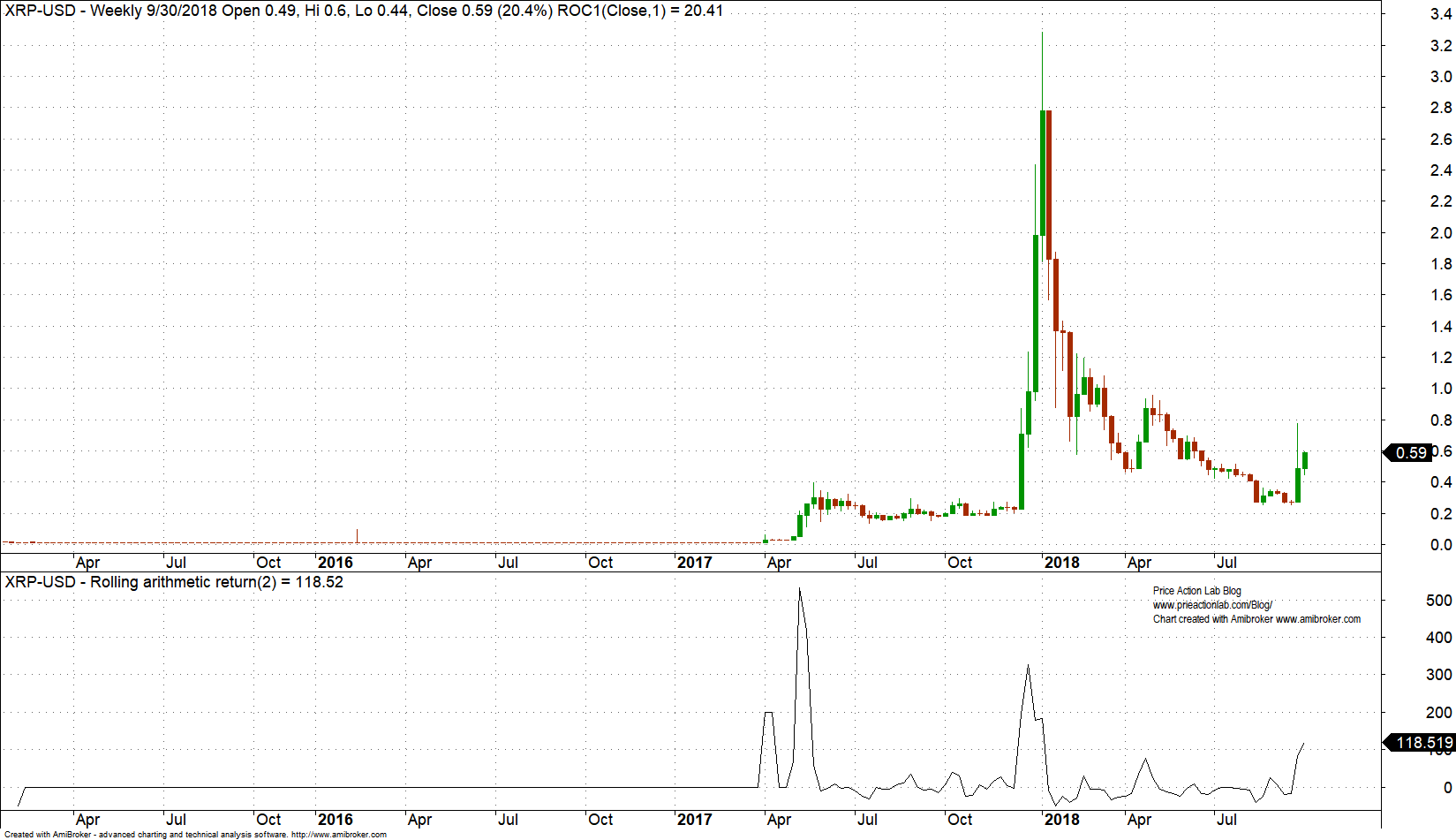 The cryptocurrency has gained nearly 120% in the last two weeks according to ROC(2). This looks like a trader’s dream. But it could turn into a nightmare.

A few weeks ago when I first saw the announcements about XRapid I knew this one will spike higher. I was tempted to join the game. I had to fight hard to overcome FOMO.

I have been in the trading business for a while. I know how easy it is to get in the market and how hard it is at times to get out. Trading a security after a 90% drawdown, as shown in the daily chart below, can get very risky. 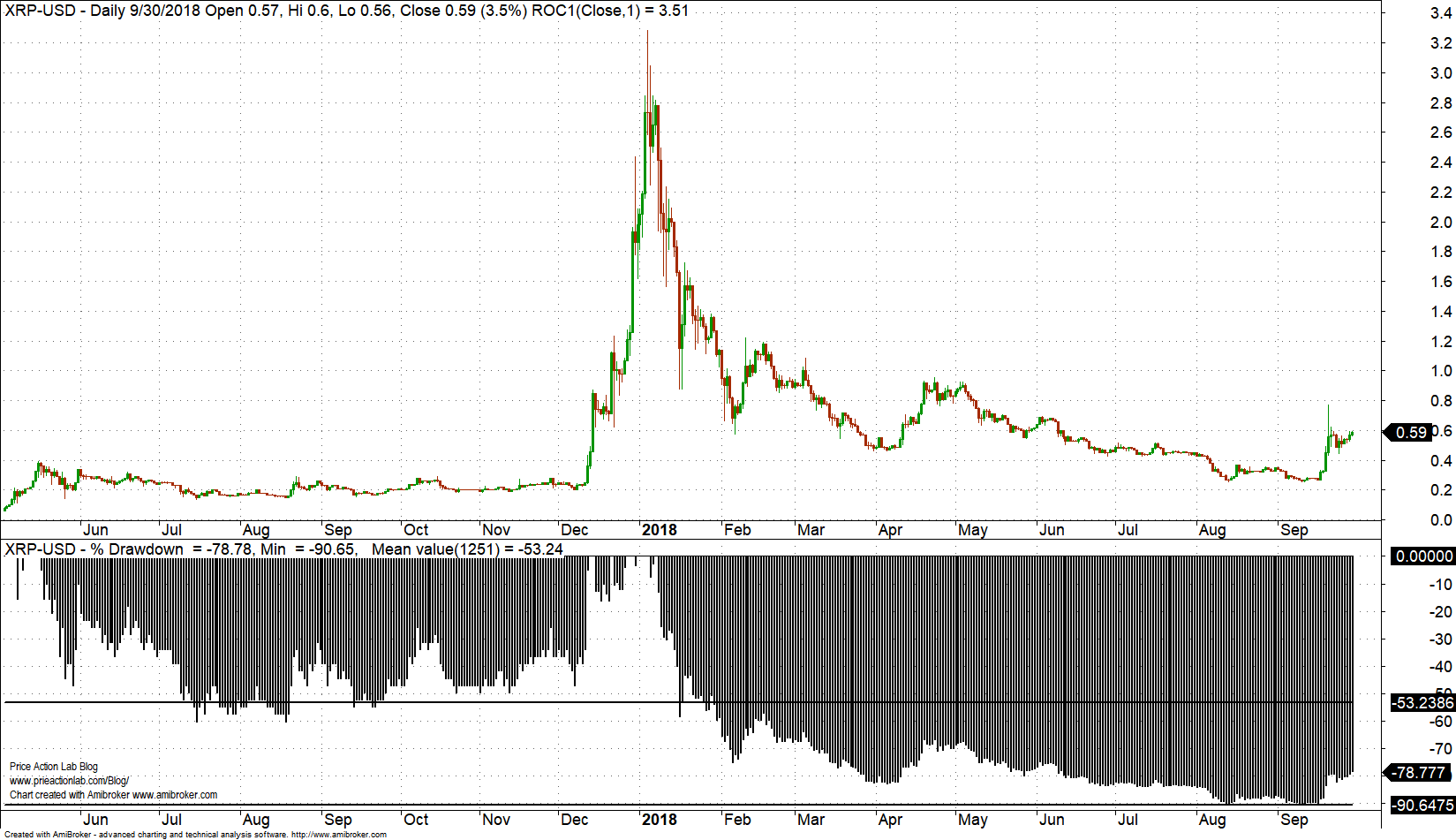 As you can see from the above chart, XRP fell more than 90% from its highs reached earlier this year. This means that a bubble formed and subsequently burst.

“So what is wrong with risking a “little money” on a trade?”

I see this argument made even by some people who promote themselves as experts and it is maybe the worst advice one could give, especially to new traders and the public because:

I want to make this clear: traders who risk “little money” on random trades jeopardize their trading discipline. It’s not a question of money; trading success depends on discipline.  If a trader loses their discipline by doing “little money” trades here and there, this usually leads to large losses with high probability.

The above rule goes against the intuition of most traders but staying profitable reinforces psychology of a winner. The idea that one can lose five times in a row and make it up in the sixth may be mathematically correct but from a psychology point of view it can be a disaster and later lead to compulsive actions.

Back to XRP: It’s hard to trade anything that has the following volatility profile: 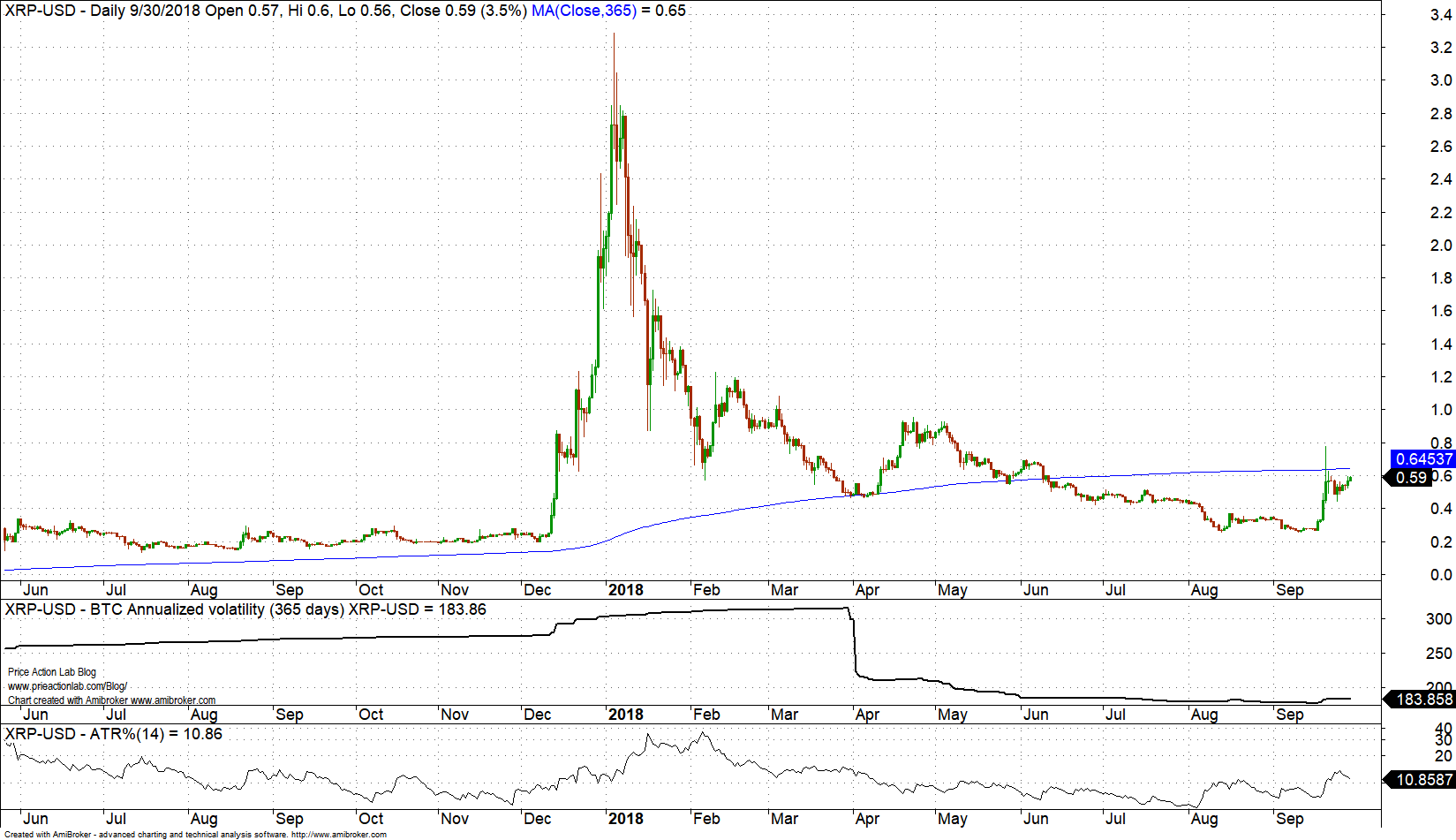 If a trader thinks they can make money trading XRP, must first try to make money trading SPY. Still, one is free to do whatever they want but trading XRP, or any other cryptocurrency, is more like gambling and I understand for some people this is what they want but they should also accept that they are not trading; they are gambling. Nothing wrong with gambling – and I don’t use the term here in a negative sense. I only try to make the following point: there are differences between gambling and trading and the most significant one is that usually gamblers have no idea of what they are doing.

Market signals from systematic strategies are offered in our premium Market Signals service. Stock signals are offered daily in our Premium Stocks report. For all subscription options click here.