Win rate instability is a cause of trading strategy performance deterioration, especially when the payoff ratio cannot be increased sufficiently to maintain profitability.

If the win rate of a trading strategy is not stable, then there is the possibility of the average trade turning negative for an extended time. The average trade AvgT over a period T is calculated as follows:

where w is the win fraction, and avgW and avgL are the average win and average loss, respectively, over the period T.

Many technicians and popular technical analysis book authors confuse equation (1) for the expectation of a trading strategy.  A few things about this:

In  general, the expectation of a random variable x taking values xn with probability pn is given by the following equation:

The above equation and equation  (1) are far from equivalent. For more details click here. This subject is also discussed in the book Fooled by Technical analysis.

The minimum win fraction to guarantee break-even performance is given by the following equation:

where R = avgW/avgL, also known as the payoff ratio.

It may be seen from equation 1 that if the win rate drops, the expectation drops and can become negative depending on avgW and avgL.

For example, if R is 1, then the win fraction must be at least 0.5 (50%) as per equation 2. If the win rate drops below 50% for an extended time there may be significant losses in case R cannot be increased to compensate for that. Usually, increasing R is not easy because it requires larger winning and/or smaller losing trades.

Example of an unstable win rate

Usually, momentum systems have unstable win rate due to their nature but attempt to compensate for that through higher R.  Below is an example of how the win rate of a popular momentum strategy for trading NASDAQ 100 stocks long-only varies as a function of trade number in a backtest. 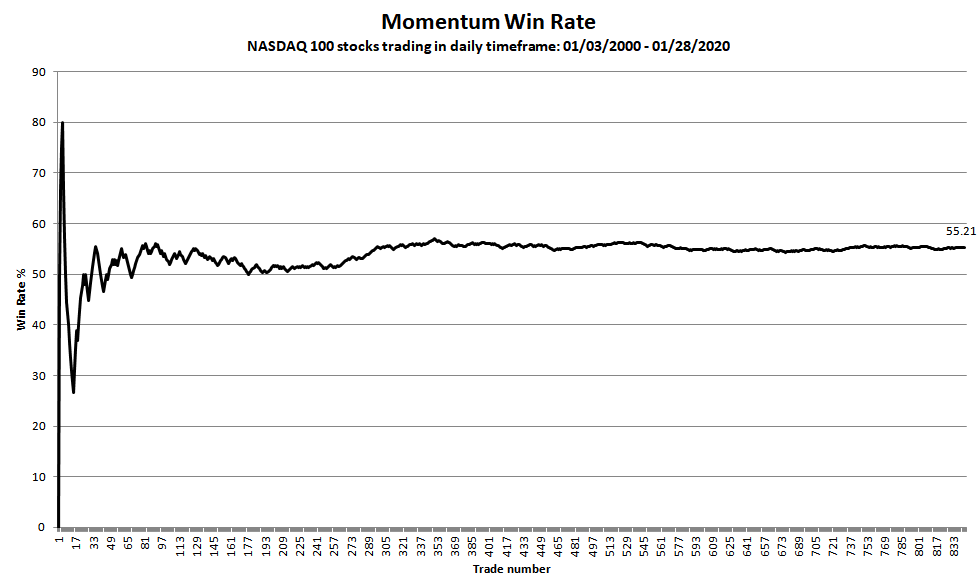 Around trade 80 the win rate peaks near 58% but then by trade 200 it drops close to 50%. Then it rises again towards a final value of 55.21% but there are fluctuations along the way. These fluctuations, even small, indicate a hidden unstable mode in the strategy.

Win rate fluctuation may be an indication of either a fitted strategy or an unsound model.

Below is an example of our proprietary PSI mean-reversion strategy trading SPY since inception. 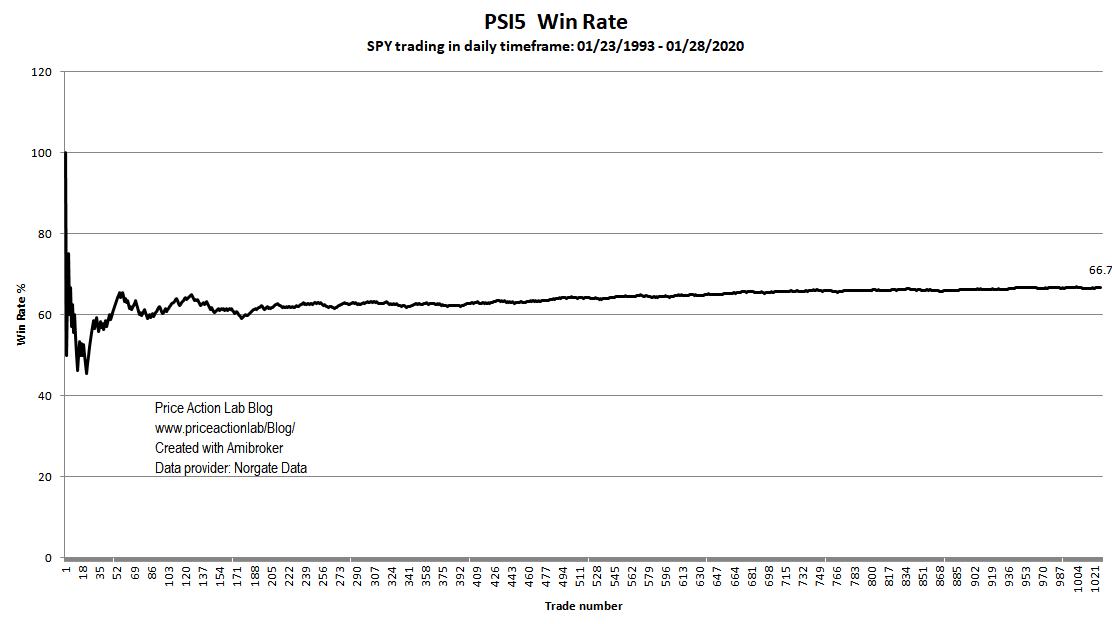 After initial fluctuations, the win rate rises above 60% and then keeps increasing towards a final value of 66.7% linearly with very small fluctuations. This is the preferred win rate performance because it shows that the underline model is probably sound.

Below is another example of PSI5 for trading all Dow 30 stocks. Delisted securities are taken into account in the backtest with the use of Norgate data as discussed here in more detail. 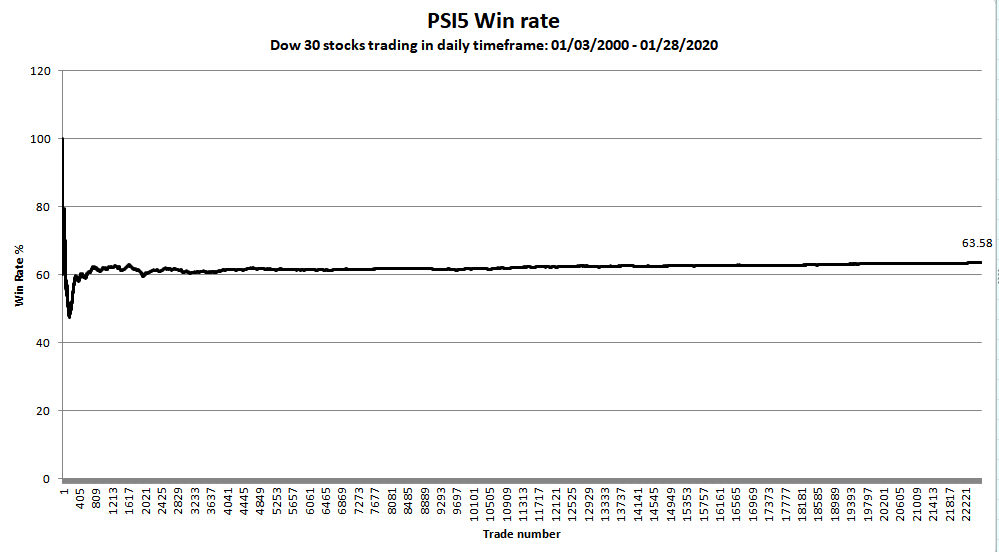 In this case, the win rate is even more stable and after initial fluctuations, it stays above 60% to end at 63.6%. There are virtually no fluctuations in a sample of more than 20 thousand trades after initial stabilization.

The stability of the trading strategy win rate may be used as another metric to investigate whether the underline model is sound. If the win rate shows significant fluctuations, then there is a high probability the strategy was the result of data mining and curve fitting or that the model is not sound.