This is the return of bitcoin whales in 2011. Not in 50 years like with some large cap equities but in six months they made 50,000% with about a third of the coins in circulation. More money was made in 2013 but nothing close to 2011. The epic pump in bitcoin occurred 10 years ago and probably won’t occur again.

Yesterday I was looking for a chart of bitcoin prices since inception of the cryptocurrency and I must admit it was hard to find one in most sites. Most charts I could find start in 2014. “This is peculiar,” I thought.

I looked at coinmarketcap.com and this is what I was able to find. 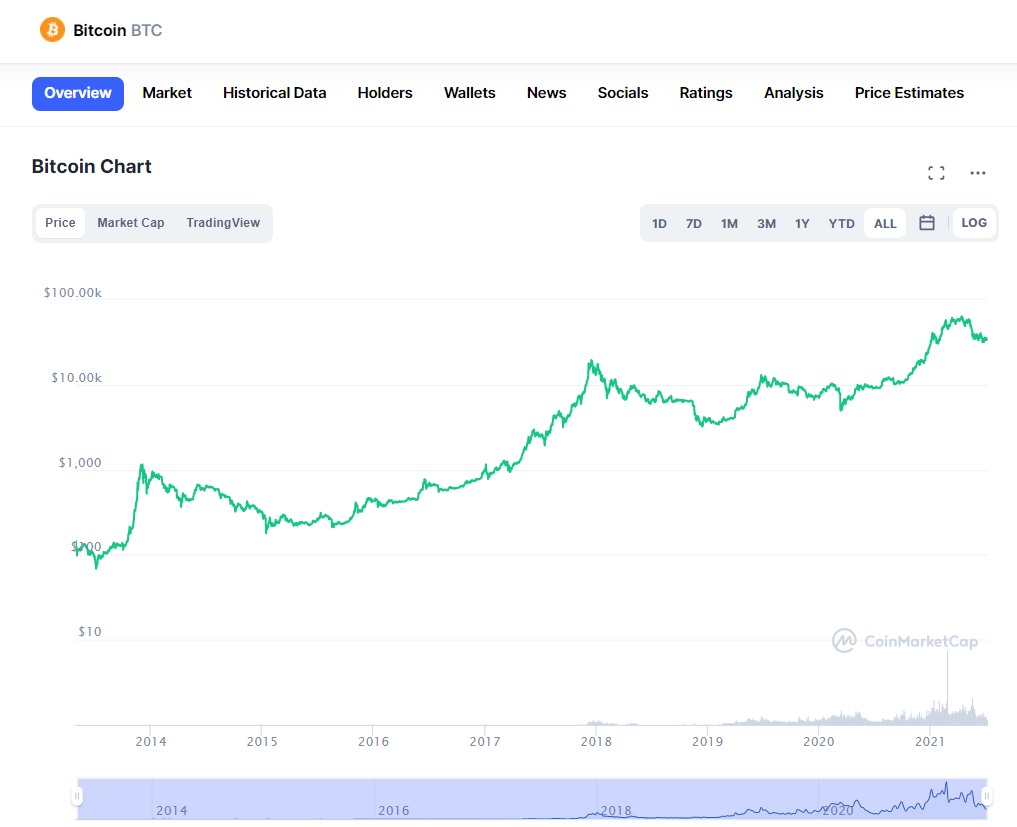 Then I looked at coindesk and I found something similar. 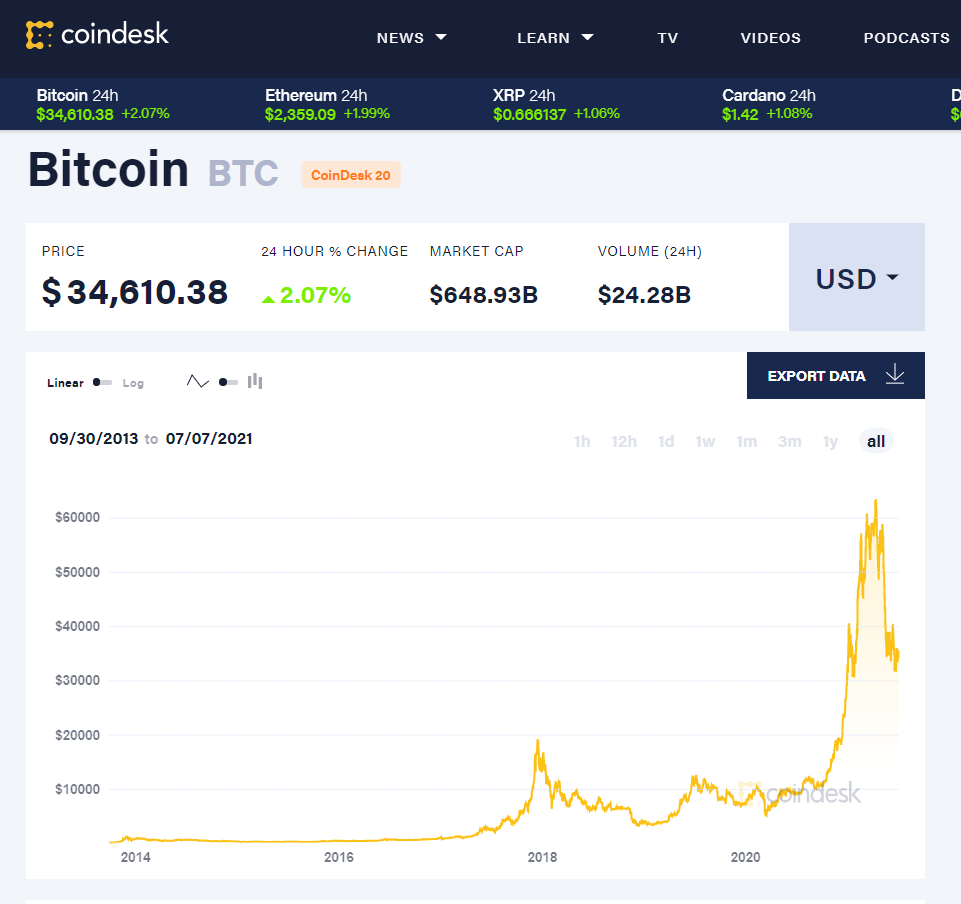 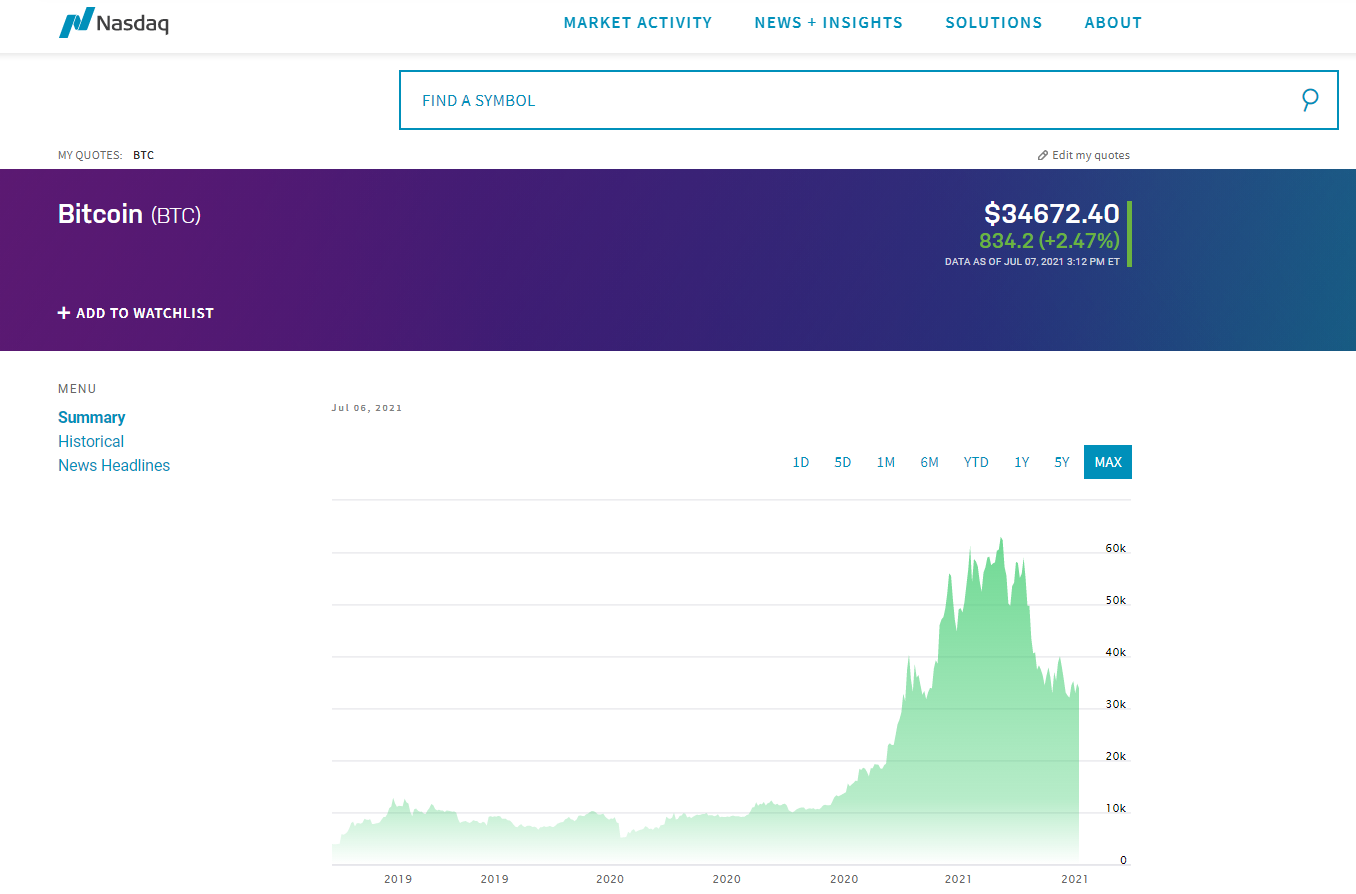 I remember Yahoo! finance had data since 2011 but when I downloaded, now they also start at around 2014. Why?

I then found extended history in blockchain.com but no way to download. 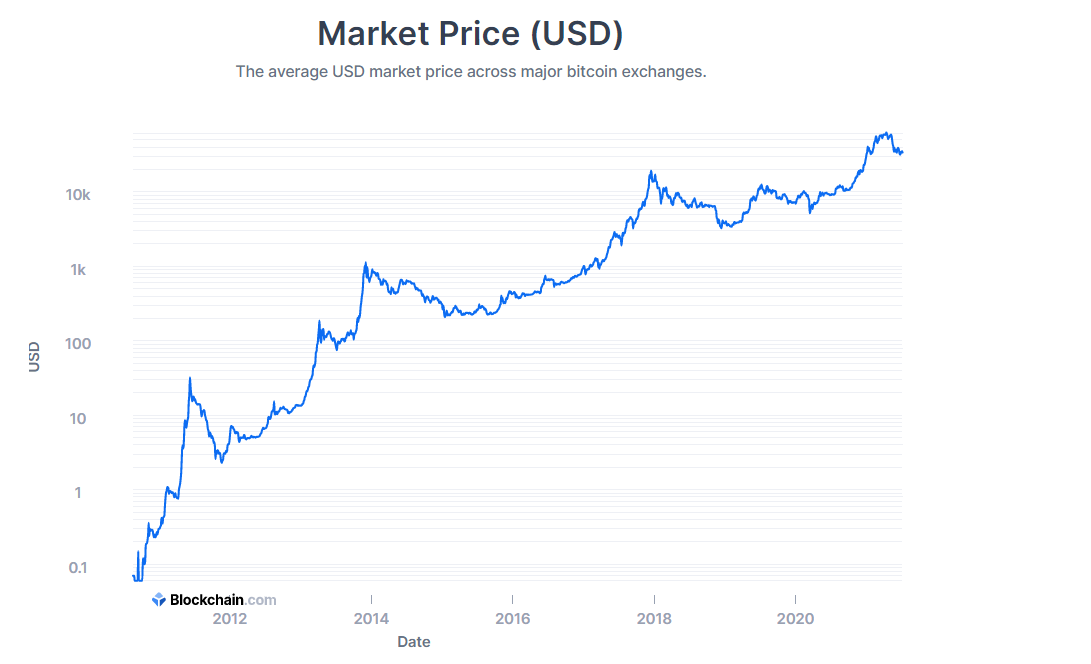 Isn’t peculiar why data before 2014 are not available in most sites?

I had to look for an old hard disk of a desktop to retrieve data I had saved in 2014 to update my chart. 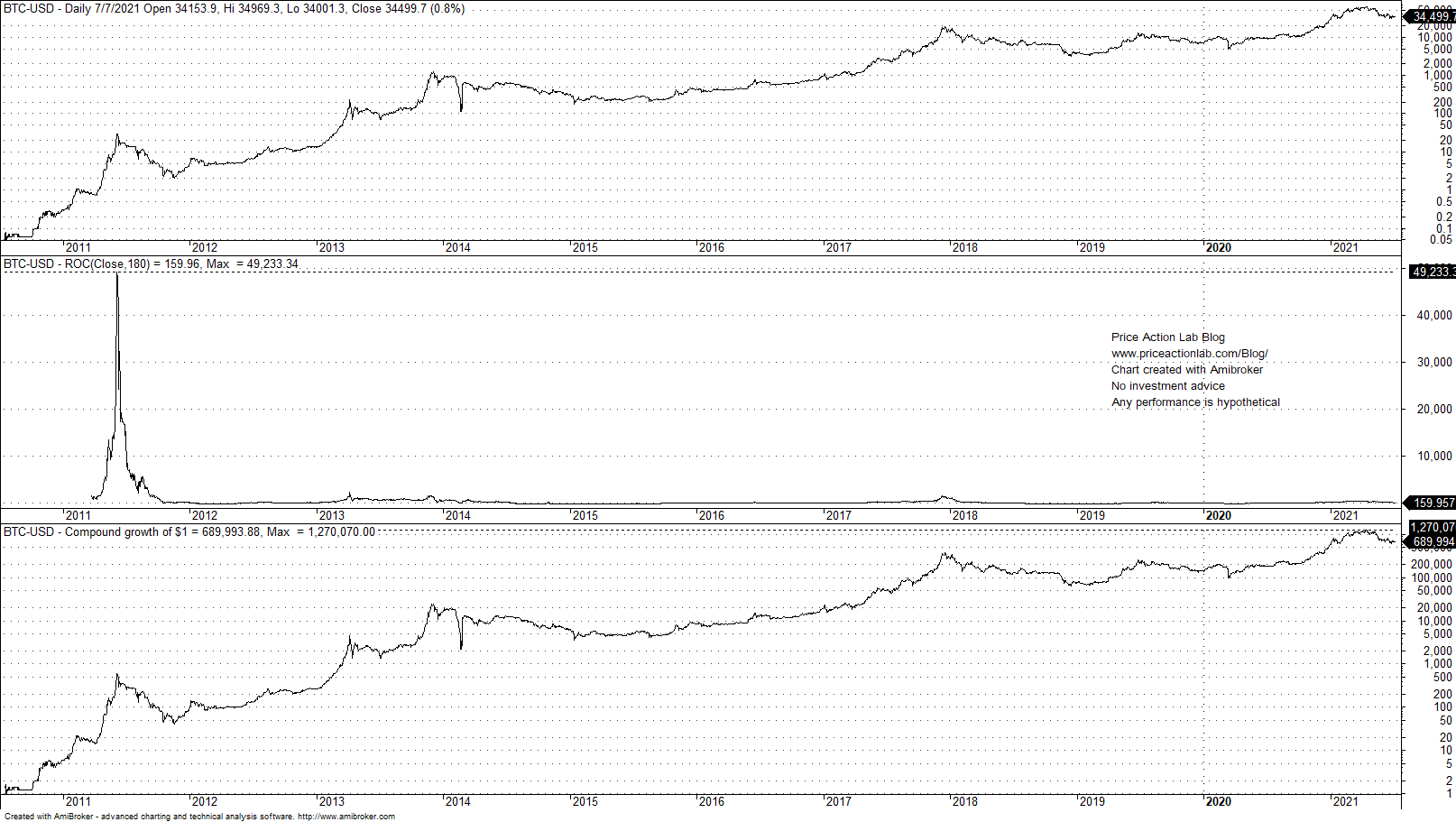 Now you get the idea: an epic pump occurred in 2011 with about 50,000% return in about 6 months. All the other rallies since are hard to even see on the chart due to the scale.

By mid 2011 a third of bitcoin was already in circulation. Whales made in about six months what patient stock investors made in several decades with some large cap stocks provided they chose the right ones.

That epic bitcoin pump in 2011 with 50,000% return in about six months is maybe not good to show in charts. It’s unlikely any bitcoin investor will even make this kind of returns in the future.

After 10 years, returns are comparable to those of some high beta tech stocks. The party days are over and 2011 returns are not coming back. Aspiring crypto investors now have to compete with institutions, speculators, whales and other market participants. This is now a matured market with “realistic” potential

Disclaimer:  Nothing in this blog constitutes a trade recommendation. Read the full disclaimer here.