Bear Markets Are Born on Optimism

There’s plenty of optimism during bear markets, usually by those who were pessimists during bull markets. Here are two examples from the past. 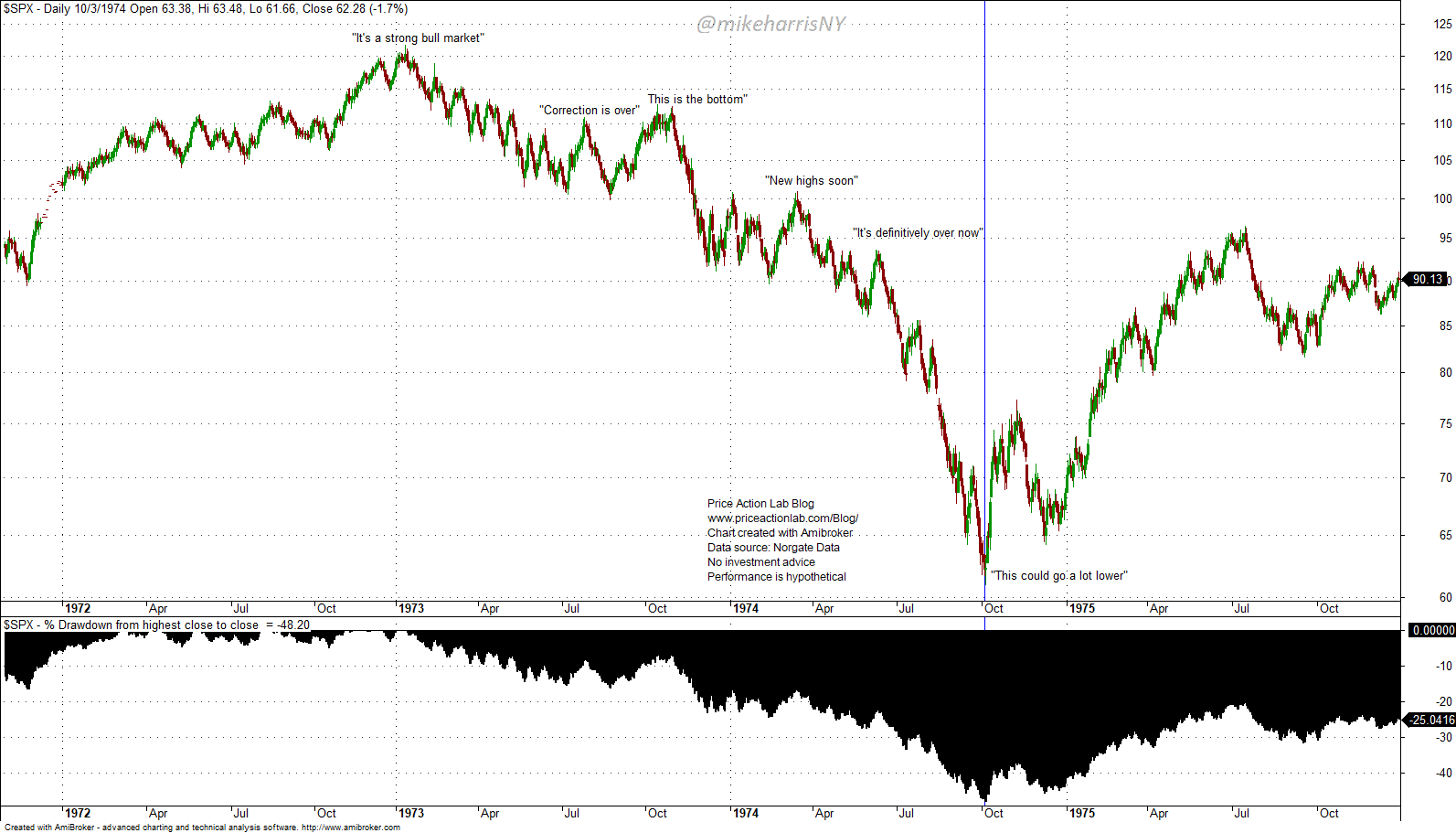 The top was put in place on November 1, 1973, when the bull market looked strong. There were at least four attempts to find a bottom until the final one on October 3, 1974, when optimism gave way to extreme pessimism. Then a new uptrend started.

Maybe the best example, and one many remember, is the dot-com bear market. 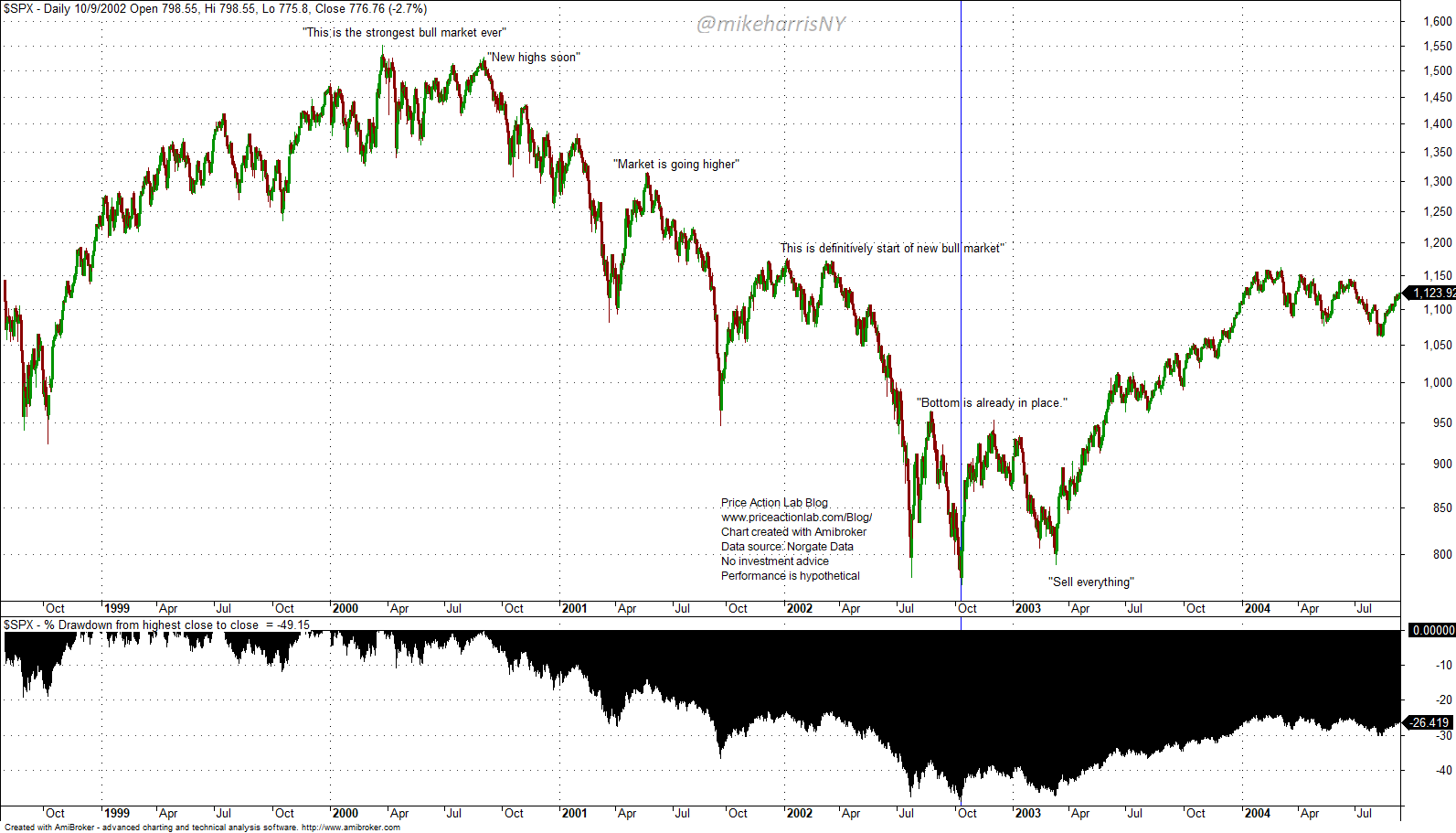 Bear markets are tricky because the market usually succeeds in fooling bulls that it has bottomed. Several of these false bottom signals are usually required before a final reversal. In the same way that bull markets fool bears, bear markets fool bulls.

No one knows if equities are in a bear market at this point. However, the price action is reminiscent of a market that may go a lot lower. When in doubt, some diversification, or even tail-risk hedging, may help.