The Impeccable Timing of QE3

The announcement of QE3 propelled S&P 500 passed strong longer-term resistance at 1440.14. In my opinion, in the absence of the announcement and the backing of the ECB the index would have made a short-term top or even would have started on a Fibonacci retracement path. In this context, the timing of the FED announcement was impeccable. 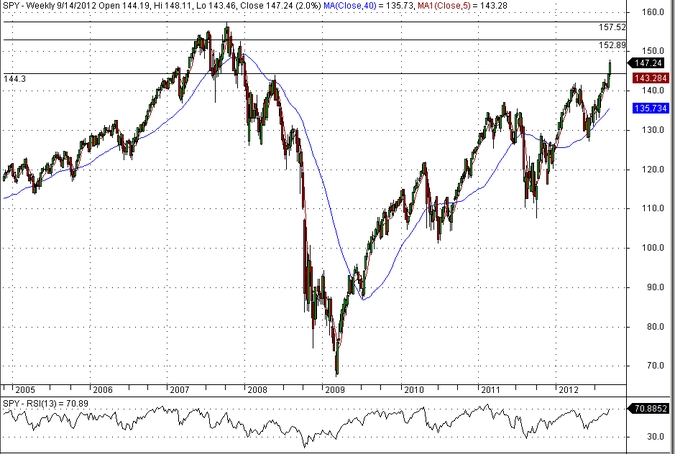 Thus, we are about 7% away from the all-time high made at a time when everyone was feeling wealthy, restaurants and bars in Spain, Italy and Greece were full of people spending on German credit and homeowners in the US thought that the value of their home would grow to levels that would allow them to retire at the age of 40.

A lot has changed since 2007. PIIGS are still on the verge of collapse despite verbal intervention from the ECB and in the US there has been considerable wealth destruction. Yet, the S%P 500 Index is just 7% below its all-time, we-are-all-rich, high. Why is that?

I have my own explanation for that but since everyone has his or her own, I see no need to state mine.