Some analysts and fund managers expect gains in 2019 because back-to-back annual declines have been rare. This is faulty logic because it assumes representative sample, something that would require hundreds if not thousands of annual returns. At the end of this article we state what we think is the probability of a gain in 2019.

Obviously, as these analysts and fund managers claim, there have been only a few occurrences of back-to-back annual declines in S&P 500, as the chart below shows for data since 1960. 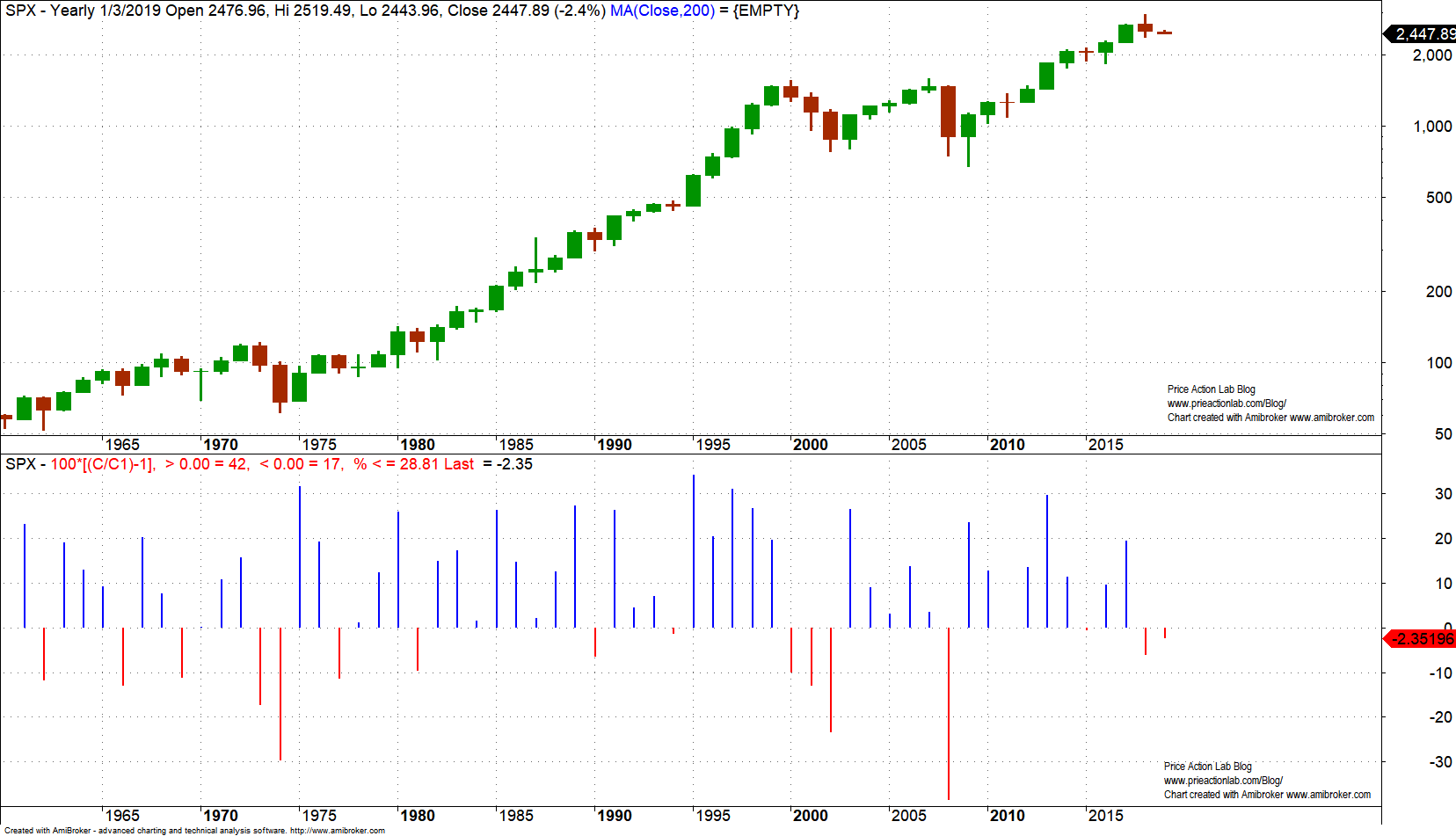 Can we draw any conclusions from the above statistics or any related statistics that include additional price history? For example, consider the DJIA chart in last 105 years below: 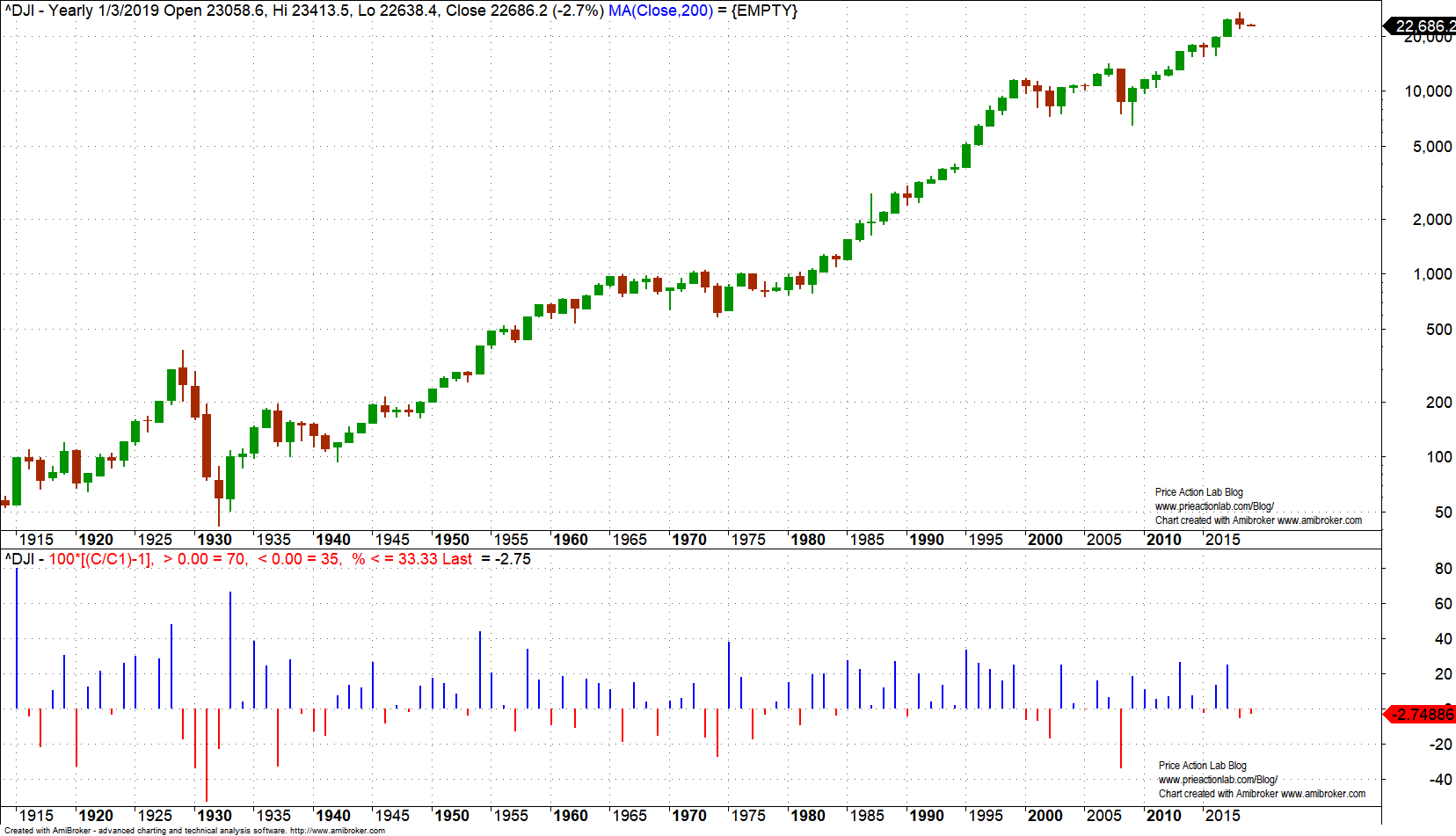 The same behavior is noticed for 70% and dot com and in addition there are consecutive losing years in Great depressions and during the 40s world war. Annual declines have occurred 32.7% of the time.

Now, some analysts may claim that a Great Depression and another world war are impossible. This is only because they are confident they know the future. In fact, back-to-back losing years may have much higher probability.

But what is the meaning of probability in this sense? Do we know the distribution? Do we have a representative sample? Maybe the past 60 or 100 years were exceptional, or a special sample where a strong positive bias dominated. Here is an example:

Students of statistics go to a random fast food place where there are 50 people and ask for their height. It just happened that at that particular moment a basketball team of 15 was visiting. The resulting sample is biased and not representative. If they do not correct for the bias they will get a mean and standard deviation for the sample that is not representative of the population.

This sort of bias is frequent in finance where hundreds or even thousands of data points are often required for claiming representative sample. Especially in the case of power law distributions with thin/fat tails, such as the ones encountered in finance, a very large sample is required for being able to determine the probability of certain events, such as back-to-back losses, within acceptable confidence limits.

Things get more complicated due to serial correlation in returns. If we assume independence, then based on DJIA available sample the “probability” of two consecutive losing years after 2017 is about 10%.

However, we know little or nothing about the distribution and the serial correlation. Obviously there is no switch that turns off one year and on to the next and price action in a new year is affected by events in the previous year and we do not know to what extend events from a previous year affect price action in the next year. The reasonable answer given this uncertainty is to say that the probability of another losing year is 0.5, or 50%. This is a statement that we do not know much about the future and we do not understand the underline stochastic process. Whether this year will be up or down is basically a coin toss given what we know already because in reality we do not know much.

If you are wondering how could a fair coin generate long uptrends, take a look at the simulations in this article.

If you found this article interesting, you may follow this blog via any of the methods below.

Market signals from systematic strategies are offered in our premium Market Signals service. For all subscription options click here.