The Disruption Before the Eruption

Recent exuberant valuations of disruption schemes that appear to make promises about future services that are unlikely to be realized for a long time are creating unrealistic expectations for investors lacking an understanding of technical issues and are setting the stage for the next market crash of maybe unseen proportions.

Companies that have never made a profit but promise to change the world create irrational exuberance in valuations that essentially act as wealth-transfer schemes from clueless investors to some masters of public relations.

The valuations are staggering: we saw recently two of these companies assume valuations higher than those of valuable S&P 500 companies that produce real products of high demand.

But the talking heads on TV argue that these companies are disrupting markets and will soon have things like fleets of autonomous vehicles offering rides to anyone sober or not.

Most of the talking heads on financial TV are tech illiterates. They make a soup of words with the skill of a master chef to come up with arguments that cannot pass the scrutiny of a freshman test in engineering school.

An optimistic assessment is 10 years. Many others say decades as researchers try to conquer a number of obstacles. Source

In my opinion, the only way to have autonomous vehicles as a standard is to change the urban structure. This means adjusting reality to fit the machine’s needs. But even if this becomes the goal it may take decades or even a century.

Let us look at this from a different angle. The dot com innovation was driven by mostly realistic expectations about an information highway and a transition to a digital economy yet it created large excesses that had to be removed violently. 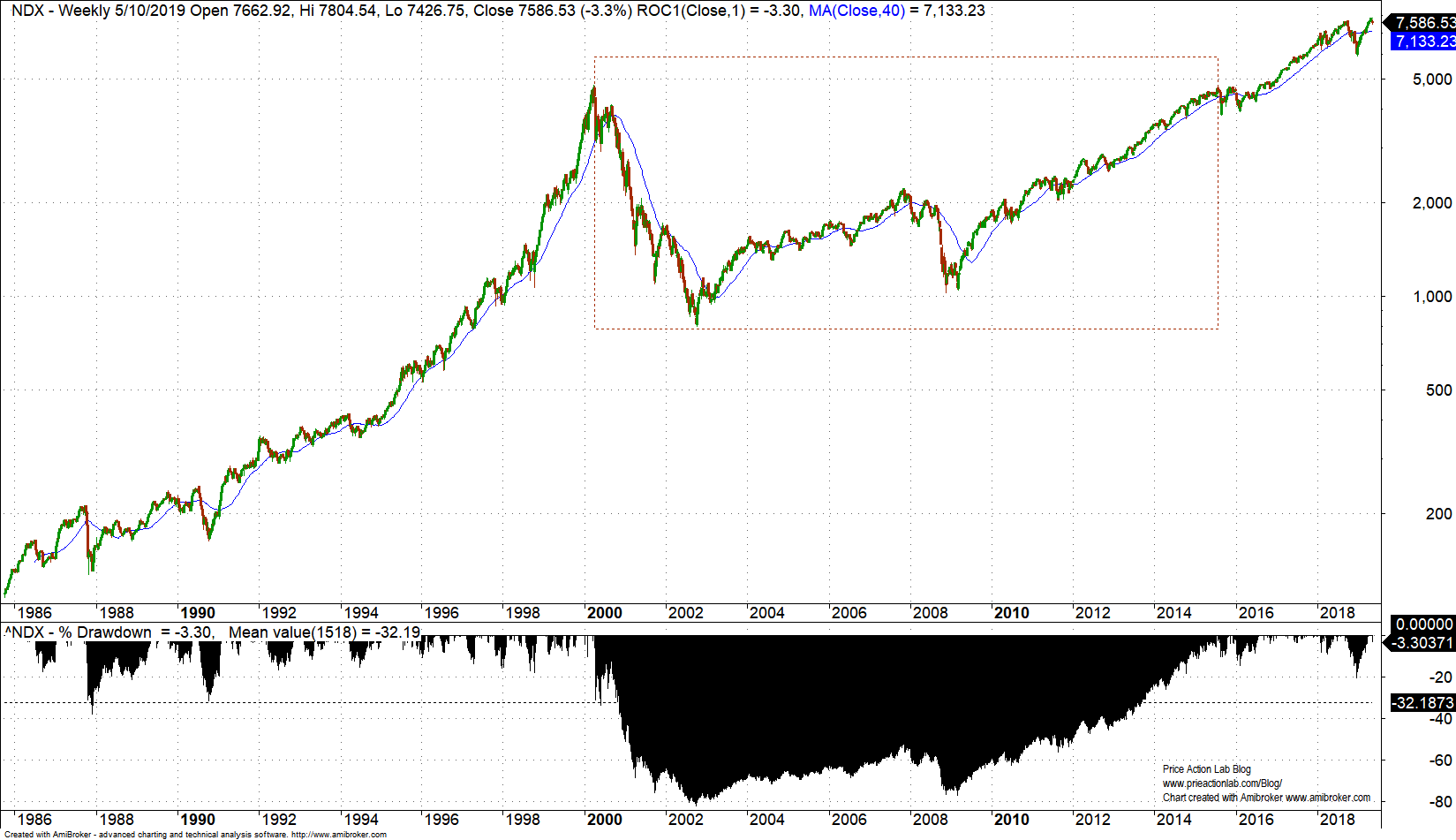 It took 16 years for NASDAQ-100 to recapture the 2000 highs after the dot com crash. Many companies disappeared, and many investors lost everything they had saved. The dot com crash was a turning point in the history of the markets: they lost their credibility and a financial crisis that was not as severe as other crises in the past in my opinion (for example the Savings and Loans crisis in the 80s), created the need of relentless central bank intervention to support asset prices. Had central banks not intervened, equity markets would be in a permanent low plateau. This is because the “average” person with the “average” intelligence does not buy into the soup of words of the financial TV talking head who has no idea about the technical challenges of what is being proposed.

These disruption IPOs are essentially wealth-transfer mechanisms that are supported by marketing hype and bet on a lack of understanding of the technical issues involved.

It is ludicrous if you just think about it: the company officers and investors make returns in the order of 1000% but the investors are looking for a doubling of price in the next two to three years. This is an incredible asymmetry.

Many “average” people do not buy it also because of net worth considerations. If you have 10K in the bank, a promise to double it in two years by investing in a very risky asset does not sound attractive. This is where risk aversion helps the low net worth people. But high net worth people, those who are the clients of large investment banks, see an attractive proposition when they can double an investment of $10 million. Those are the targets and they usually take the bait. In the dot com crash, many lost everything in a market that was nevertheless based on realistic technological expectations.  What will happen when the expectations are unrealistic?

We can go on and on to try to make sense of this. As long as central banks are willing to fuel this exuberance that was created because the USA transferred traditional technology to China and now innovation is focused on science fiction area, there is a possibility that speculative asset prices will rise higher.

But populism lurks and from a certain angle, there are justifications: inequality has grown, social tensions have been created, purchasing power has plummeted, and debt has exploded. If central bank control goes to populists, this will be the end of the effort of some people to turn the science fiction stories they read when they were kids into reality and be the masters of the universe. Autonomous, vehicles, supersonic land travel, space travel, transhumanism, artificial intelligence that replaces humans, etc. all have a price: it is called reality.

P.S. For those that do not know my background, I worked in the robotics and automation area for several years, in both research but also in actual development, i.e., making things work by getting my hands dirty.  One problem is complexity: complex systems are not the sum of their components and the responses are unpredictable.

If you found this article interesting, I invite you to follow this blog via any of the methods below.