Momentum is Dangerous for the Market

Momentum in daily returns may be dangerous for the market. After the regime change that followed the 90s bull market, strong momentum has been associated with large corrections and bear markets.

Rebounding from dips shows market strength and has been linked to the “buy the dip” phenomenon and a form of mean-reversion. In contrast and despite common misconceptions, strong momentum can be detrimental. This is why in a nutshell:

Mean-reversion implies higher probability that down (up) moves will be followed by up (down) moves. When up moves have higher magnitude on the average, then the market forges higher in the short to medium term.

Momentum means down (up) moves have higher probability to be followed by down (up) moves. This leads to large corrections and even bear markets when the proper conditions develop.

Having studied this market behavior in the last 25 years I decided to develop a special indicator to track the relative strength of momentum and mean-reversion better since the typical autocorrelation of 1-lag was not serving this purpose well. I decided to call the indicator Momersion from Mom(entum)(mean-rev)ersion. Click here for the complete description of the indicator. 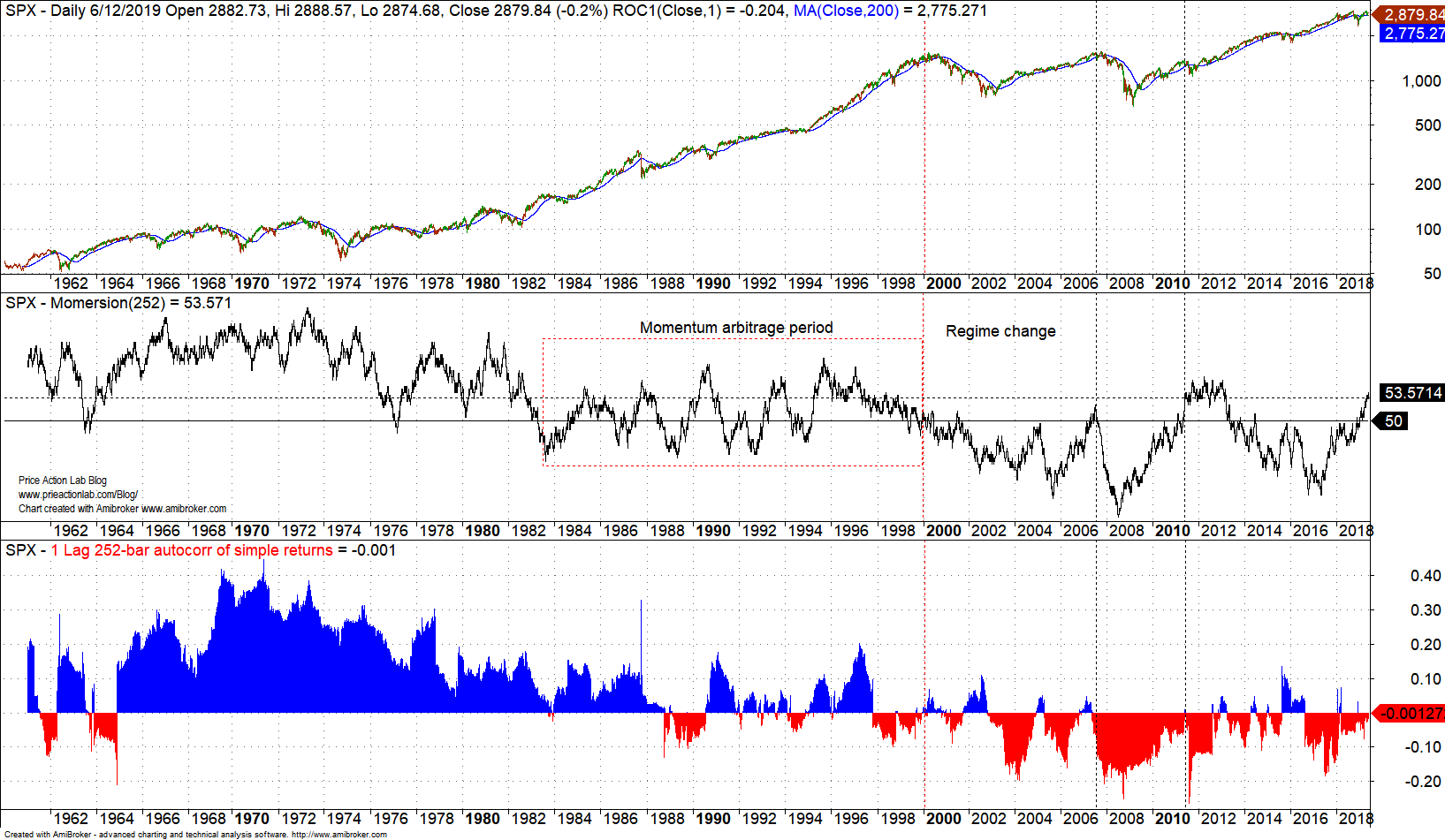 The regime change after the 90s bull trend is evident from both the Momersion and autocorrelation charts. Momentum underwent a long period of arbitrage by fast traders and then vanished. Under absence of momentum the market could stay on an uptrend if traders and investors bought the dips, which facilitates mean-reversion. This is what actually occurred. But by mid 2000s momentum started gaining ground again as seen by Momersion rising towards 50, which is the neutral territory. The cross of Momersion above 50 coincided with the 2007 market top.

Momersion plunged during the 2008 bear market until the mean-reversion mechanism was able to stabilize the market also assisted by central bank intervention. As Momersion rose in momentum territory, markets became nervous and there were two large corrections in 2011 and 2012. Central bank intervention restored the dip buying and while mean-reversion was increasing, the gains from the rebounds were sufficient on the average to maintain the uptrend.

What I have described above is a very dangerous market. The deeper one gets into the dynamics, the clearer the risks become and why central banks must be on alert. There is no need to try to find an explanation as to why this is happening; it is the market and the result of fear and greed.

Recently Momersion rose above 50 and this is not good news. 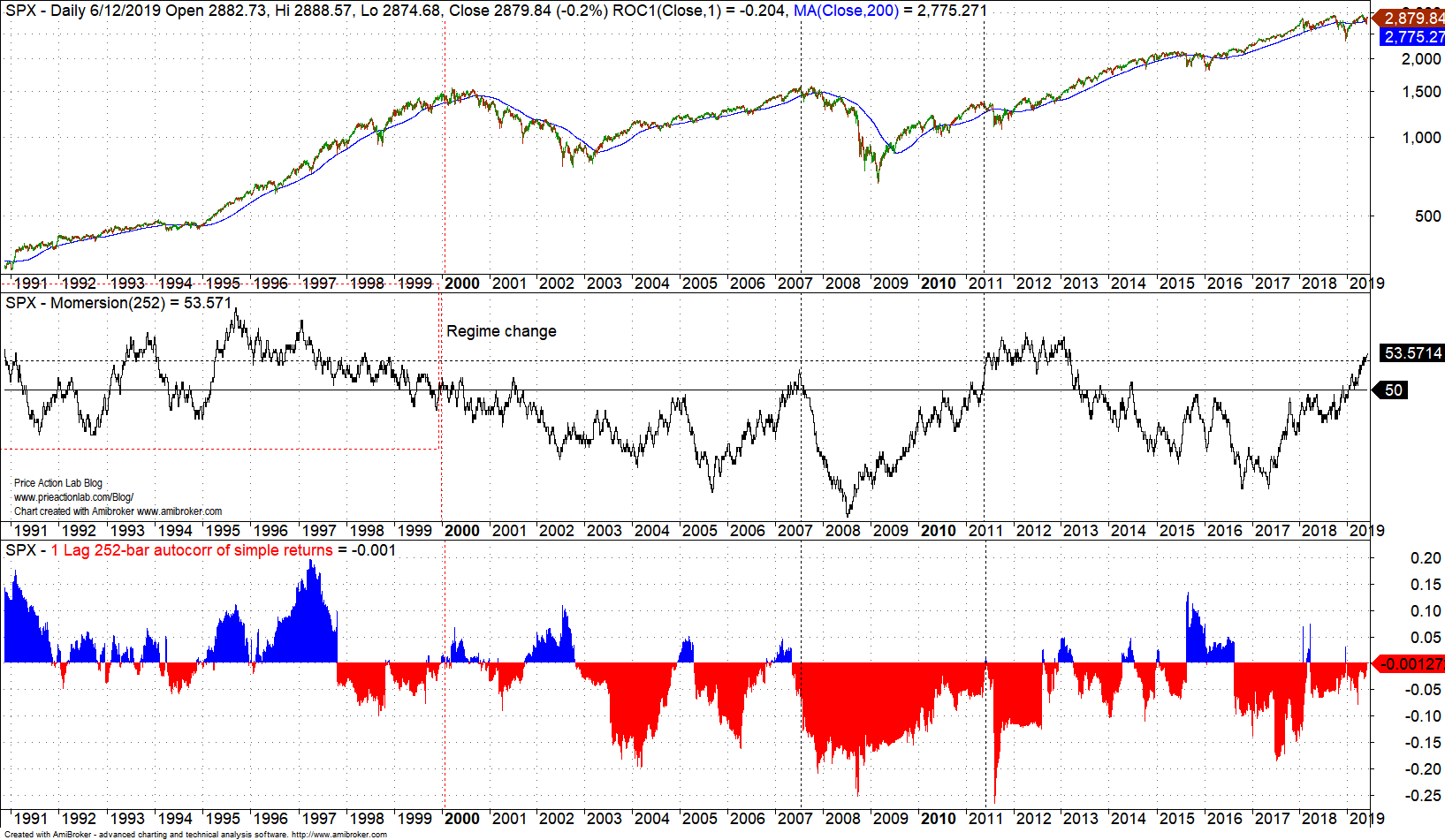 The rise from the lows in 2017 to current high levels of Momersion is associated with the correction of last year. Momersion remains well above 50 meaning that, as we noted in the beginning of the article, down moves have high probability to be followed by down moves. This is the risk the market faces at this point and its apparent strength is its weakness.

Final note: What people in investment business call momentum is loosely related to the notion of momentum discussed in this article.