The rebound in stocks after the March 2009 bottom will be entering its twelfth year soon. Fundamentals and technicals have disappointed bears in forecasting major tops and some have turned to idiosyncratic methods including astrology. A new “Puetz window” presents an opportunity according to some. 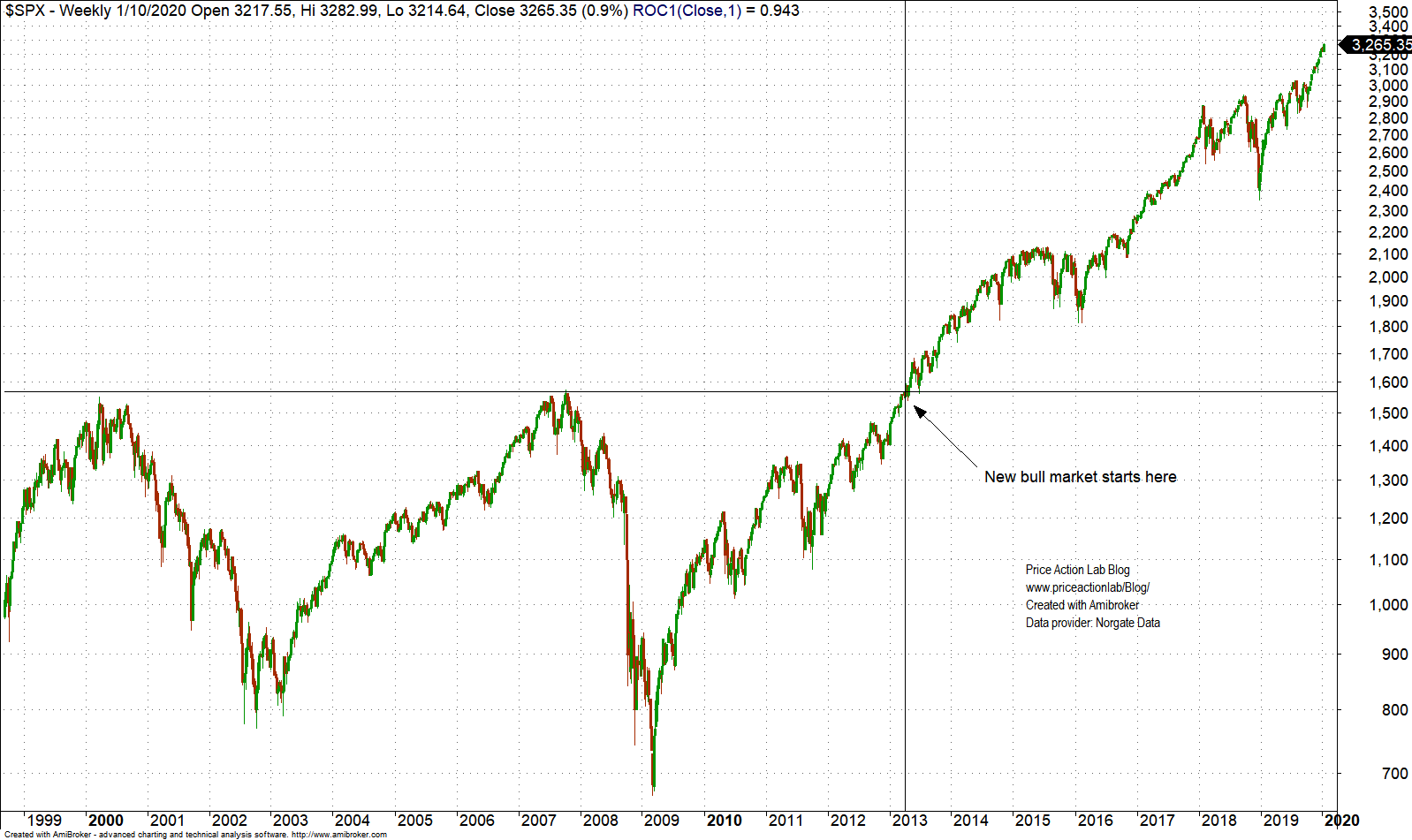 The bull market is actually in its eighth year although the rebound started nearly 12 years ago.

Nothing has worked in the last seven years, technicals or fundamentals. There is hope now because of a “Puetz window.” What is that?

Steve Puetz has studied market cycles. Among his interesting work is the analysis of cycles triggered by lunar and solar eclipses. The “Puetz window” opens after the first full moon following a solar eclipse when there is also a lunar eclipse. Does this sound complicated? Here is a chart with the 1987 crash. 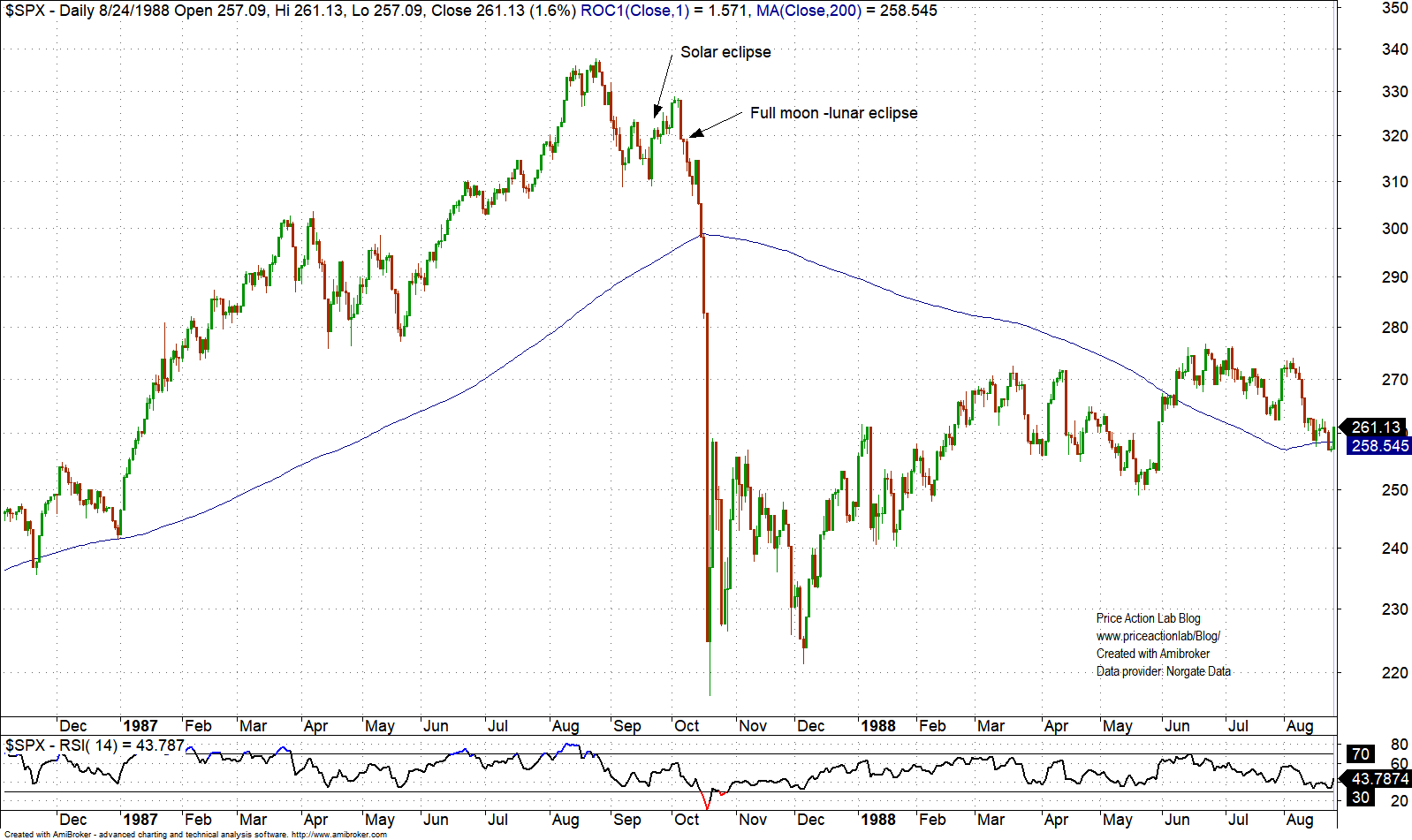 After a solar eclipse, there was a full moon and lunar eclipse. Then the market crashed.

Or as the Twitter meme goes: “60% of the time it works every time.”

For example, it did not work in 2013 despite high expectations. 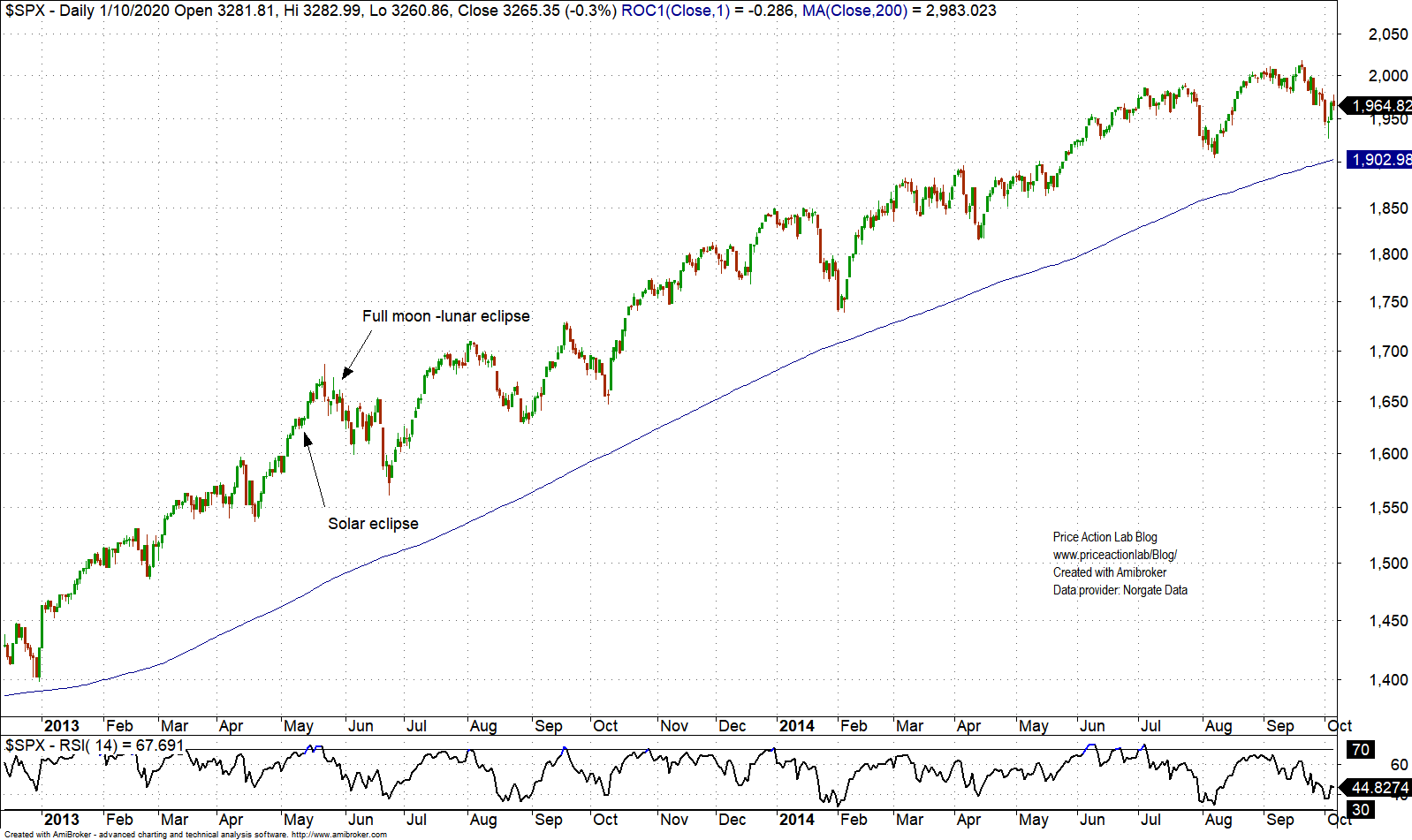 The bull market continued in all strength damaging those who placed their short bets based on a “Puetz window.”

One of the problems here is that as I argue in my book Fooled by Technical Analysis, patterns are neither necessity nor sufficiency.

These patterns are not necessary for a major crash and are also insufficient. In addition, the win rate is not enough. One must know the expectation from those patterns. A 50-day/200-day simple moving average cross may do better in signaling major bear markets and capturing some of the downside.

I have not done a quantitative analysis for the “Puetz window” so I cannot present any results. I would not spend any time doing it either. The first ever article in this blog was triggered by an analysis from a major investment bank about trading moon phases. Please excuse the format because that was my first WordPress article and click on images to make them visible. In a nutshell, the results were flawed because staying out of the market between moon phases reduced exposure to the bear market. One could have done that with a moving average cross-over. 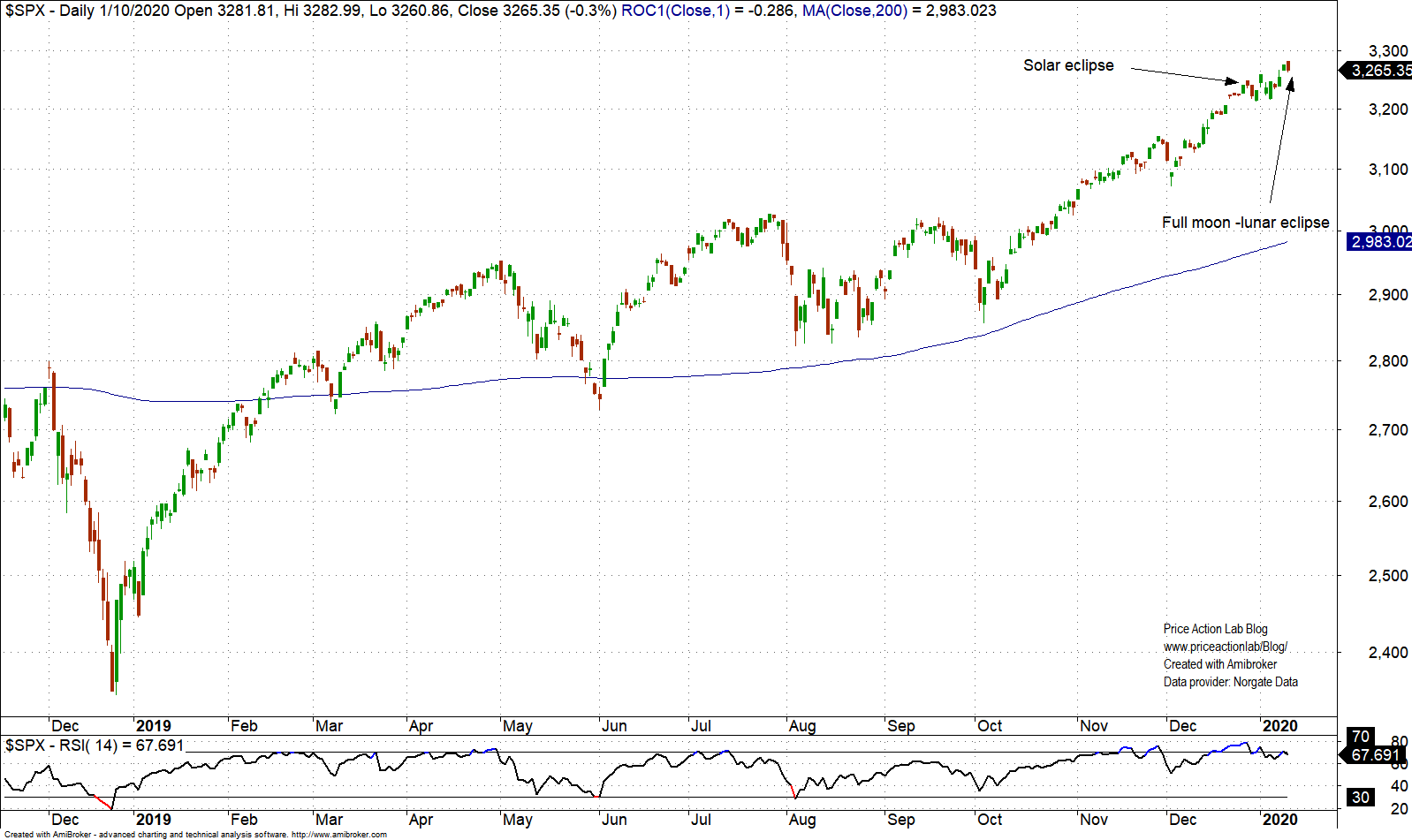 If a crash starts, should we attribute it to an astrological pattern? I think the proponents of the method will argue that we should.

If a crash does not start as in 2013, the proponents will say that this time it did not work but all the times it worked, it worked.

But 60% of the time they will say, it worked every time.

If you found this article interesting, you may follow this blog via RSS , or Email, or  Twitter