The PSI5 mean-reversion strategy in SPY ETF is up  15.79% year-to-date after recovering from the March drawdown.

The PSI5 mean-reversion strategy is not a data-mined but instead based on a formula from a text in probability theory that models price action. 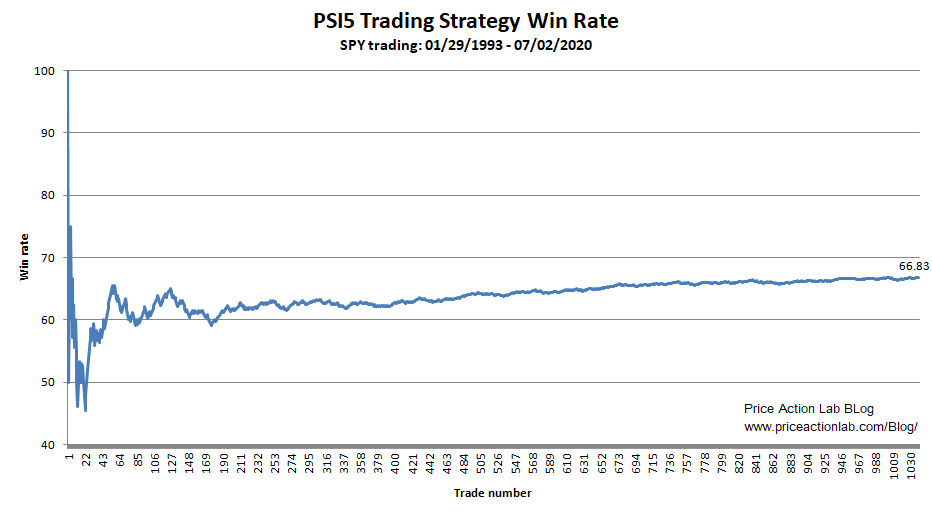 The win rate of mean-reversion strategies is an important t metric because usually the payoff ratio is smaller than 1, as opposed to momentum strategies where the payoff is much higher than 1 and lower win rate can be tolerated. The win rate of PSI5 strategy in SPY has been steadily rising after initial stabilization by a sample of about 400 trades and is about 67% as of August 28, 2020.

A few comments about mean-reversion strategies

Mean-reversion strategies are risky because by design the signals go against the short-term trend. Stop-loss usually destroys profitability and cannot be used.

Mean-reversion strategies are for professional traders that understand risk and can manage it well.

Amateur traders can lose money even when using a profitable mean-reversion strategy because of fear to take signals that go against the short-term trend.