As shown in the chart below, 1-lag, 252-day autocorrelation of daily returns of the S&P 500 index reached extreme levels after the crash of last year. 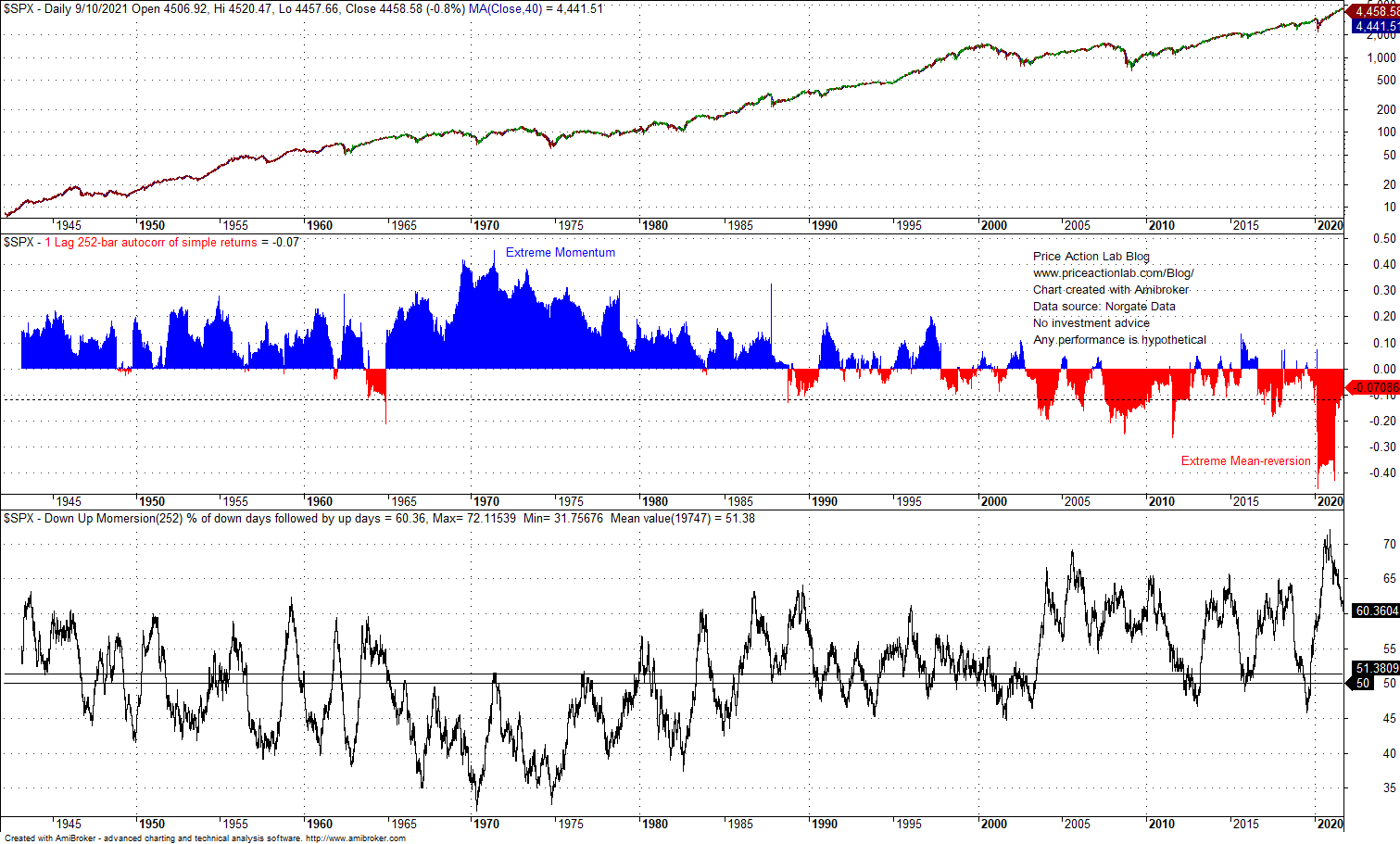 Our Down UP Momersion Indicator illustrates this dynamic on the bottom pane of the chart. By December 9, 2020, the percentage of down days followed by up days in a rolling 252-day window surged to an all-time high of 72.1%. Never before in the history of the stock market since at least 1941 down days have been followed by up days at such a high frequency. This was the result of relentless buying of the dips by traders and investors.

Reflexivity amplifies mean-reversion: the more mean-reverting a market gets, the more traders buy the dips and as a result the market gets even more mean-reverting. However, in the S&P 500 case, after December 2020, mean-reversion started waning and as of the close of Friday, September 10, 2021, the percentage of down days followed by up days in 252-days has decreased to 60.4% from the all-time high of 72.1%. The market is returning to normal levels of mean-reversion and this transition may be problematic for bulls near all-time highs. This is because, as mean-reversion is waning, momentum is increasing. High momentum during a correction may amplify down moves and the depth of drawdown.

In conclusion, the fast reversal of mean-reversion to the mean this year increases the risks of an extended short-term correction in the stock market.

Disclaimer:  No part of the analysis in this blog constitutes a trade recommendation. Read the full disclaimer here.