Global Economy On The Brink of Stagflation

Failure of central banks to deal with rising commodity prices due to a supply shock caused by the pandemic and now due to a war in the heart of Europe has brought the global economy on the brink of stagflation.

This is primarily a failure of central banks and their wishful thinking about “transitory inflation”. Obviously, we have to admit the war that followed was an unexpected event. However, the Fed was already behind the curve.

Here we are now: UK Natural Gas has gone parabolic. 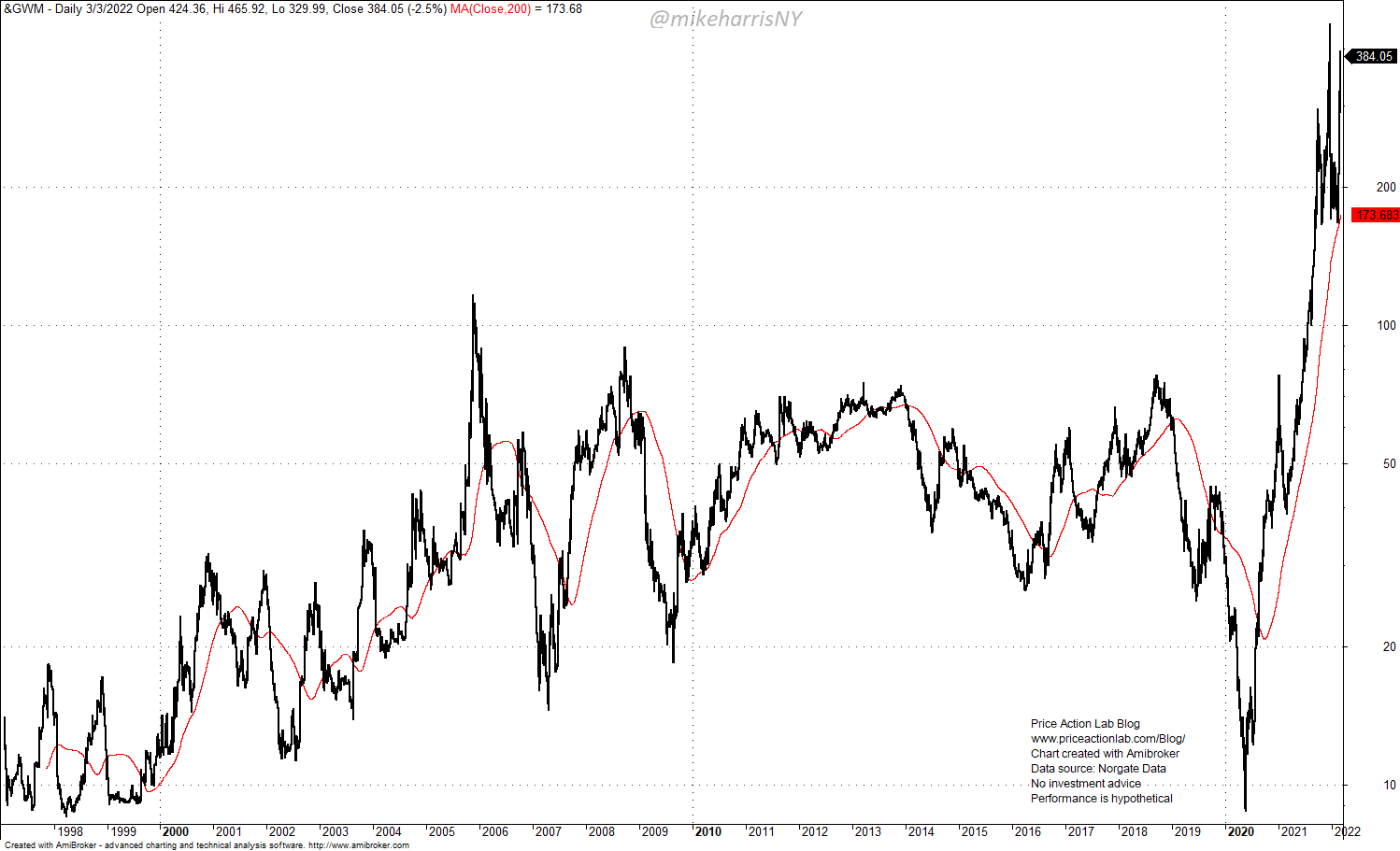 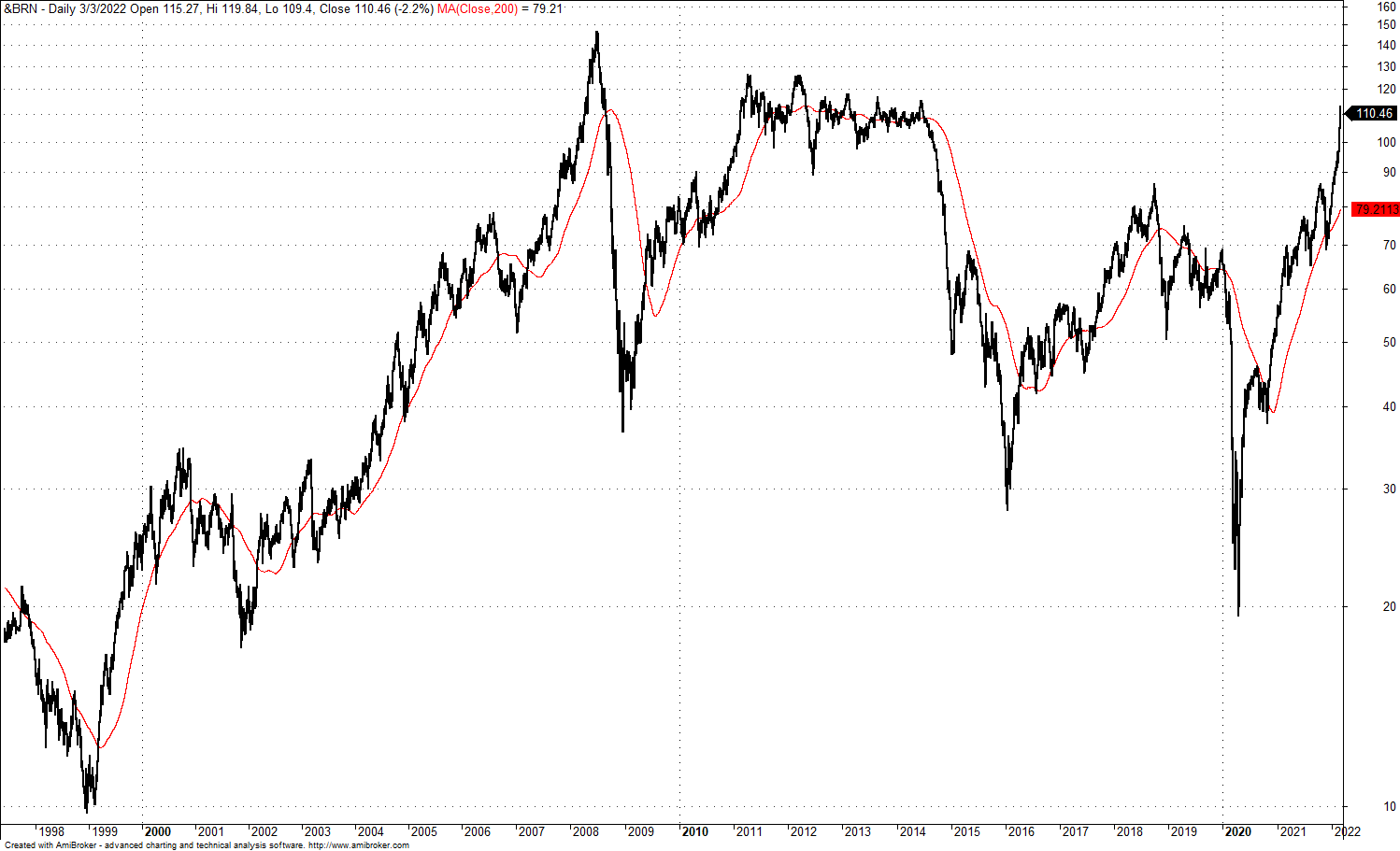 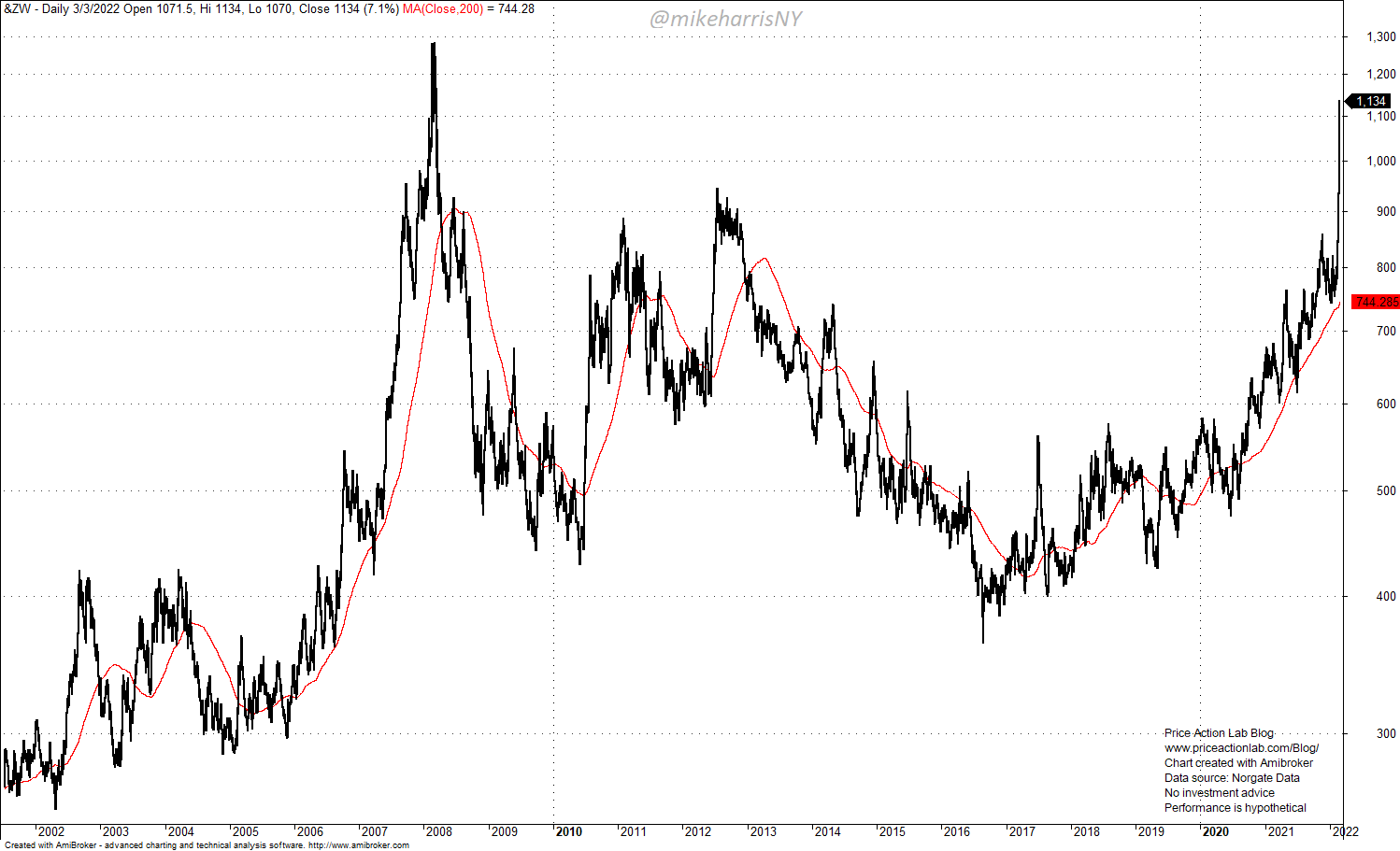 This is one of most ominous charts in my opinion: LMEX index, which is weighted index of Aluminum, Zinc, Nickel, Lead, Copper and Tin.  Index is at new all-time highs. 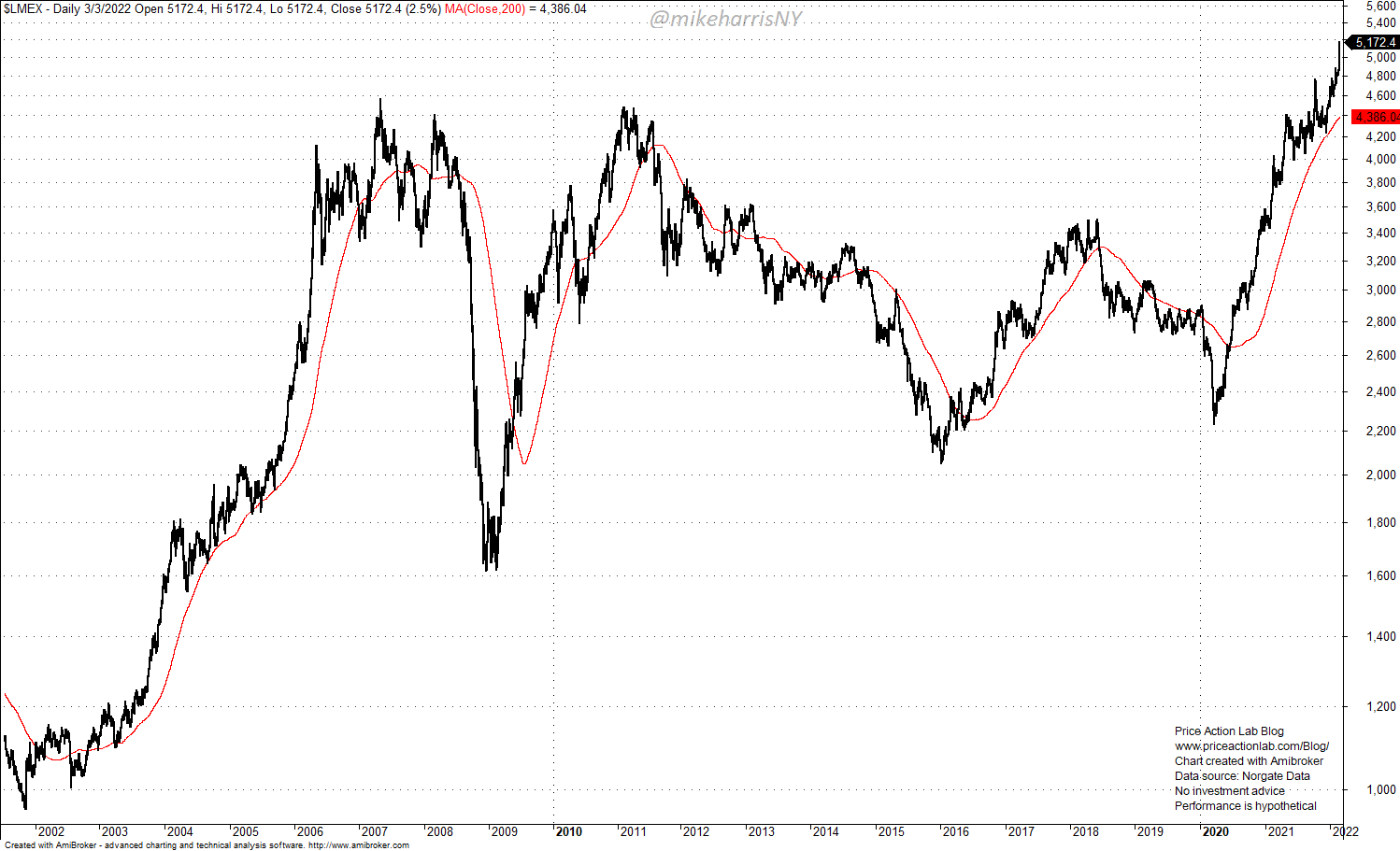 Central banks will probably cause equity markets to crash in an attempt to contain inflation and avoid the worst scenario: stagflation.

We came to this point because central banks have lost their independence and have become tools of politicians and markets.

Many middle income families may cross the poverty line due to failure to act early. 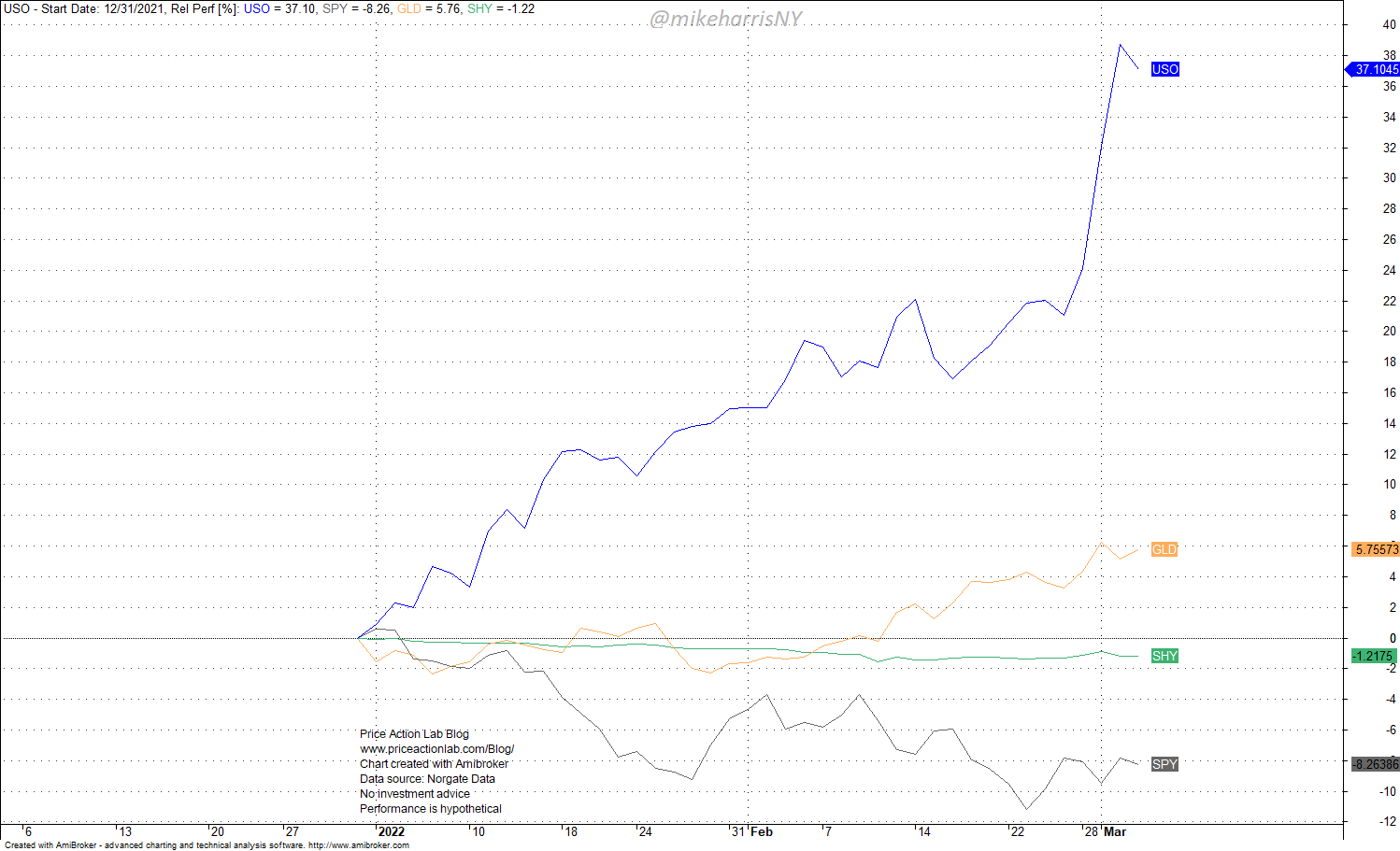 Many fund managers haven’t lived through a prolonged market crash and high inflation period, or worse a stagflation period. There could be a huge consolidation in the financial sector.  Many investors may lose a large fraction of their savings in case both stocks and bonds crash. In a stagflation period 60/40 allocations and similar schemes may not be immune from large losses. Probably CTAs will do better but not all since many have transitioned to equities due to dismal gains in commodities in the past.

There are many ominous indicators piling up. In my opinion central banks may be able to deal with inflation after hiking rates above 4% but in the meantime equities and bonds may crash. Central banks were reminded that volatility comes in clusters and we may not have seen all of them yet.