What is an Extraordinary Return for the Stock Market?

In an article last October I argued that all-time highs and bull market strength are often conflated but based on 4, 8 and 10-year returns histories, 2019 return was not extraordinary.

I consider S&P 500 return as representative of the market although that may not be for certain portfolios.

Below is a chart that shows histograms of 1,5, and 10-year returns for the index since 1960 along with useful statistics: number of positive and negative returns, mean, standard deviation and two standard deviations from the mean. 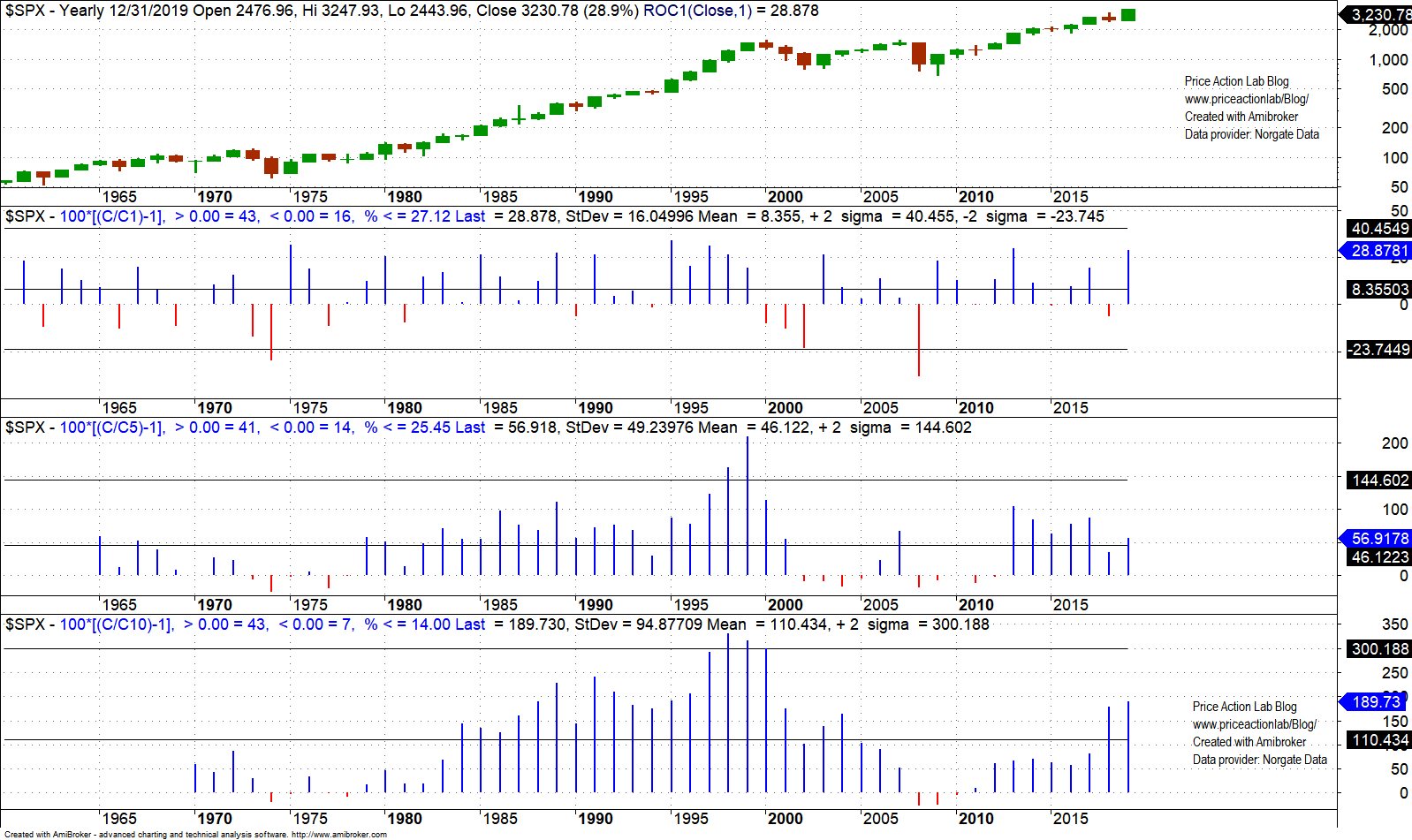 In my opinion histograms are better for plotting returns than, for example, frequency distributions, which are often confusing especially for readers that are not familiar with statistics. We are not here to impress with fancy graphs but to understand in the simplest possible way what is going on.

Note that when referring to mean and standard deviations that concerns only the available sample and not the population or returns for which these statistics may not be available due to limited samples and unknown distribution.

Below is a table that summarizes the above results. We consider extraordinary return anything above two-standard deviations of the available sample.

Despite all-time highs, the current bull market in stocks is not as strong as past bull markets and especially the 90s bull market. All-time highs and bull market strength are usually conflated especially by few economists and other non-quant types but analysis shows that this is not always the case. For example, Dow Jones Industrial Average should have been around 30000 three years ago had it grown at the same rate as before the 2000 top. Click here for more details.