Price is not King, return is. Stock market all-time highs and bull market strength should not be conflated. The charts below show why.

Although the S&P 500 made new-all time highs yesterday, this is not the most dynamic bull market in recent history. Those who argue the stock market is over-extended based on various questionable fundamental factors should also consider the possibility that price level is not the best measure of market performance. In fact looking at just price levels can be misleading. 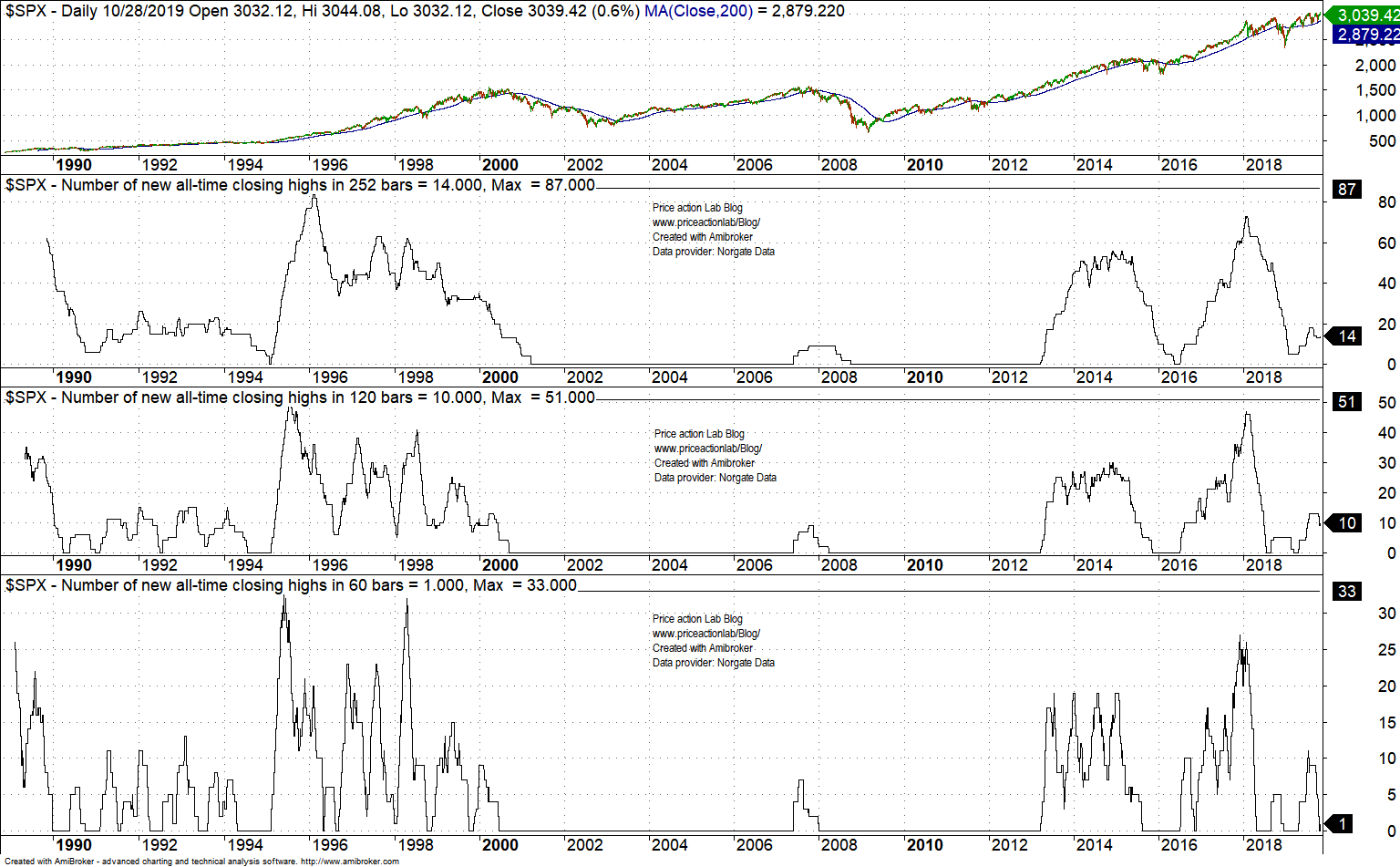 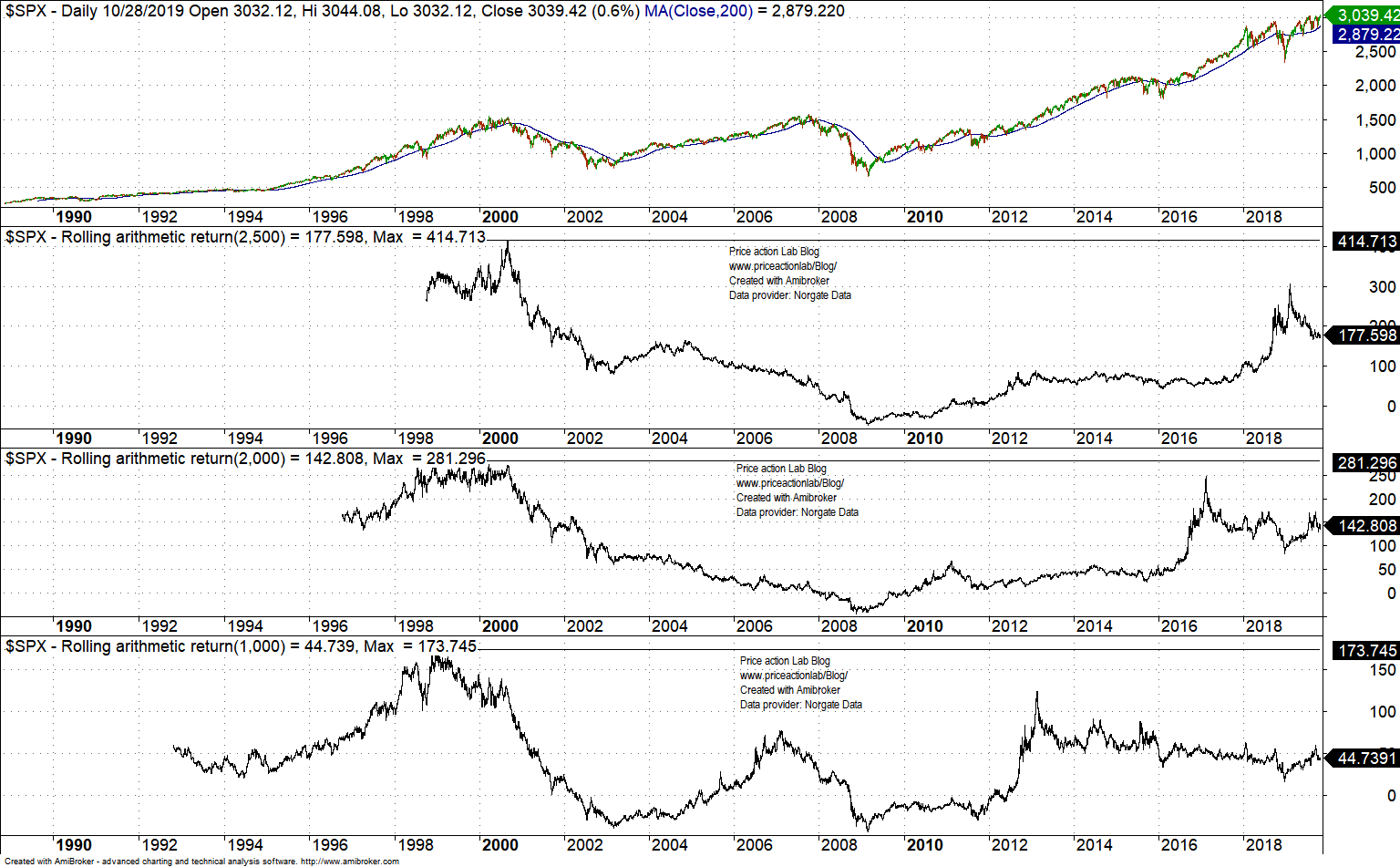 Some analysts must understand that what counts in terms of performance is the return and not absolute price; they conflate high prices with performance.

I traded in mid 90s and I remember the calls of irrational exuberance. The market kept on going for about three more years before the dot com bubble burst.

The high prices we see now may be due to an effort of the market to maintain a decent performance. Despite the new-all time highs, based on historical standards the market is underperforming.

Using a rational similar to above, I wrote an article in January 2017 that the Dow should be around 30000 then. Since then, the index has risen about 35%.

Those that look at price, and especially some technical analysts that use indicators of price, were calling for a major top early 2017 because they thought the index was over-extended.

Price is not King, return is. This is modern finance. But most technical and fundamental analysis is haunted by price analysis.  Investors who paid attention to those analysts have missed significant opportunities in the last several years. Some of these analysts are still around pounding the table and trying to be correct like a broken clock. Some unfortunately have thousands of followers who are ignorant of the points made in this article.