Surrounded by robots he knew the end was near. One chartist against 1,000 HFT robots. One man trying to predict the future against 1,000 robots that create the future. He pulled out his last chart and he looked at it again a few times. He had to be right this time in the name of all chartists who have fallen in the line of duty. He opened the chart analysis book written in 1929 and he looked at the pattern in the stock of Horse Food Packers International. The book said that this is a bearish pattern. This pattern looked identical to the current pattern in SPY. He made his call. He knew this was his last chance.

There are still few around that refuse to give up but again most got nothing to lose. Chart analysis alone is a doomed activity. Chart analysis can be helpful in providing a context for evaluating the significance of signals obtained from algorithms that measure probabilities of directional price moves based on the analysis of price, volume and time. But charts alone are mere illusions. Here is an example  from SPY: 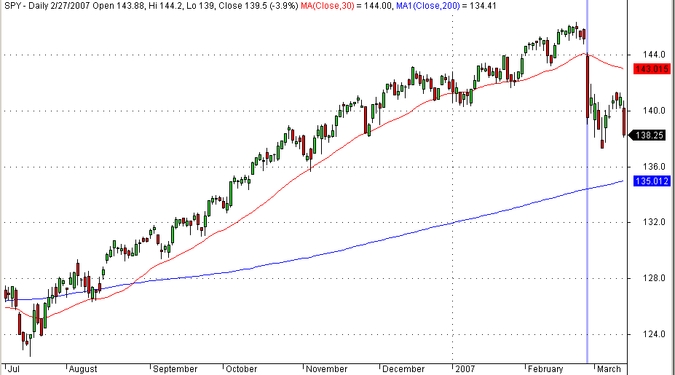 On February 27, 2007, the market plunged and SPY lost nearly 4% on a single day. Then the market continued to slide in a more orderly fashion, then attempted to recover  but dropped again, as shown by the last candle on the chart above. At that point most chartists were talking about confirmation of a bear move, the start of a new downtrend, a pending collapse, etc. Of course, someone could claim in hindsight that there was a possibility of a double bottom. These type of calls make sense when made during the relevant time period and not in hindsight. 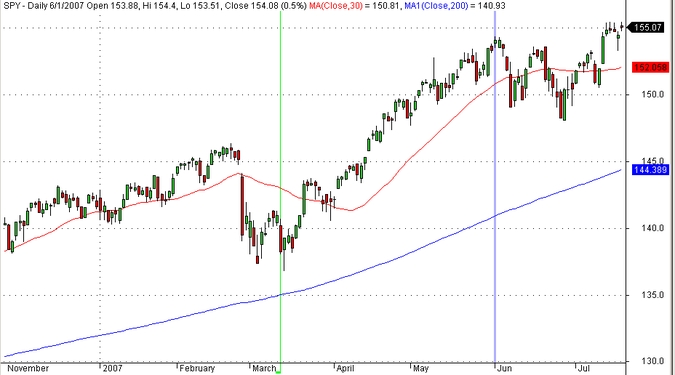 The above chart shows what happened in the months that followed after the end of the previous chart, indicated by the green vertical line. By June 1, 2007, the market had not only recovered but it had already made a new high. Shorts got burned and were squeezed out to their last dime.

This is the the current situation: 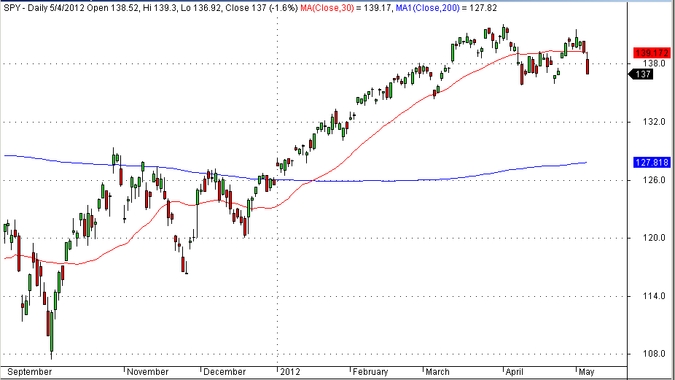 This last chart is also giving an impression of an imminent drop from these levels because of a failure to maintain the recovery that started after the openning  gap on the 25th of last month. Is it the real thing or a bluff of the 1,000 robots? Just do not look at the charts for the answer. If you have another way of forecasting the market direction then you can look at charts for confirmation. But charts alone are just illusions and wishful thinking.

Specific Disclaimer: This articles contains work of fiction. Names, characters, businesses, places, events and incidents are either the products of the author’s imagination or used in a fictitious manner. Any resemblance to actual persons, living or dead, or actual events is purely coincidental.