The Price Action Lab SPY2p5 System Outperformed the Market in 2012

The SPY2p5 system, which was generated by Price Action Lab on April 7, 2012, outperformed the market in 2012 by a wide margin.

Note that the bulk of the market return for SPY, or about 10%,  came in the first -part of the year, just before the system was developed: 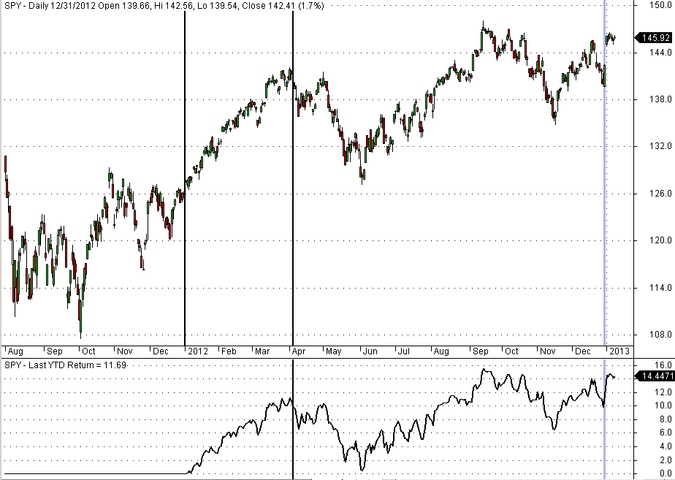 The above chart shows the simple arithmetic return of SPY (excluding any dividends). The second vertical mark shows when the SPY2p5 system was developed and it may be seen that the return was already close to 10% at that point. Then a drawdown followed and the market recovered after June to close the year at the vertical blue mark with a gain of 11.69%. The total return including dividends was close to 14.2%.

The system was developed using the code generated from Price Action Lab for the 13 patterns discovered. The conditions from the patterns were joined using the OR Boolean operator. In the backtest, no multiple open positions were allowed and the starting capital was set at $20,000. Position size was calculated by dividing the available equity by the entry price. 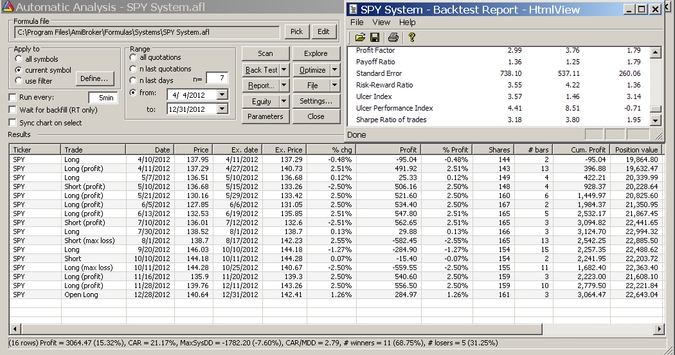 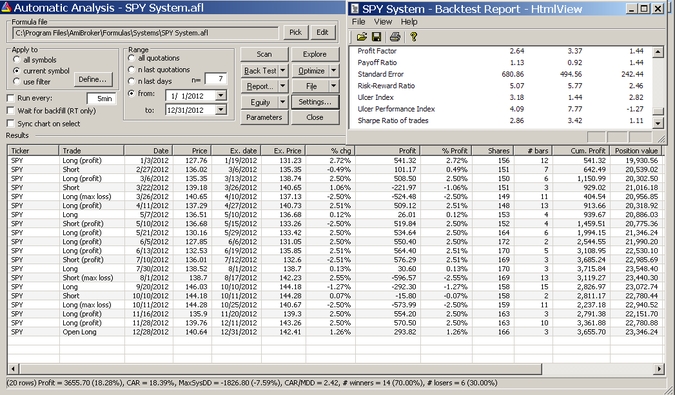 How long will these patterns remain profitable? This is unknown. However, the pattern search in Price Action Lab can be repeated after each year and the system can be updated accordingly.

Reproducibility: The above results are fully reproducible by anyone who has Price Action Lab. The program produces the same output each time it encounters the same conditions and this determinism is in compliance with the standards of scientific testing and analysis. Although claims have been made that some other programs that are based on randomization, amongst other things, have discovered trading systems that have performed well in forward testing, unfortunately those claims cannot be verified in the majority of cases since those programs, unlike Price Action Lab, may produce a different output each time they run with the same data.