Nowadays the stock market is battleground for robots and algos. Investing in the stock market after the great reflexivity period of the 80s and 90s is becoming fool’s errand, as the charts below illustrate.

Many investors still have memories of the long 90s bull market and associated performance. Although the current bull market may appear similar in duration to the 90s uptrend, its strength is significantly lower in the sense of realized returns over typical investing horizons. Below are charts of S&P 500 index (no dividends) that illustrate these facts: 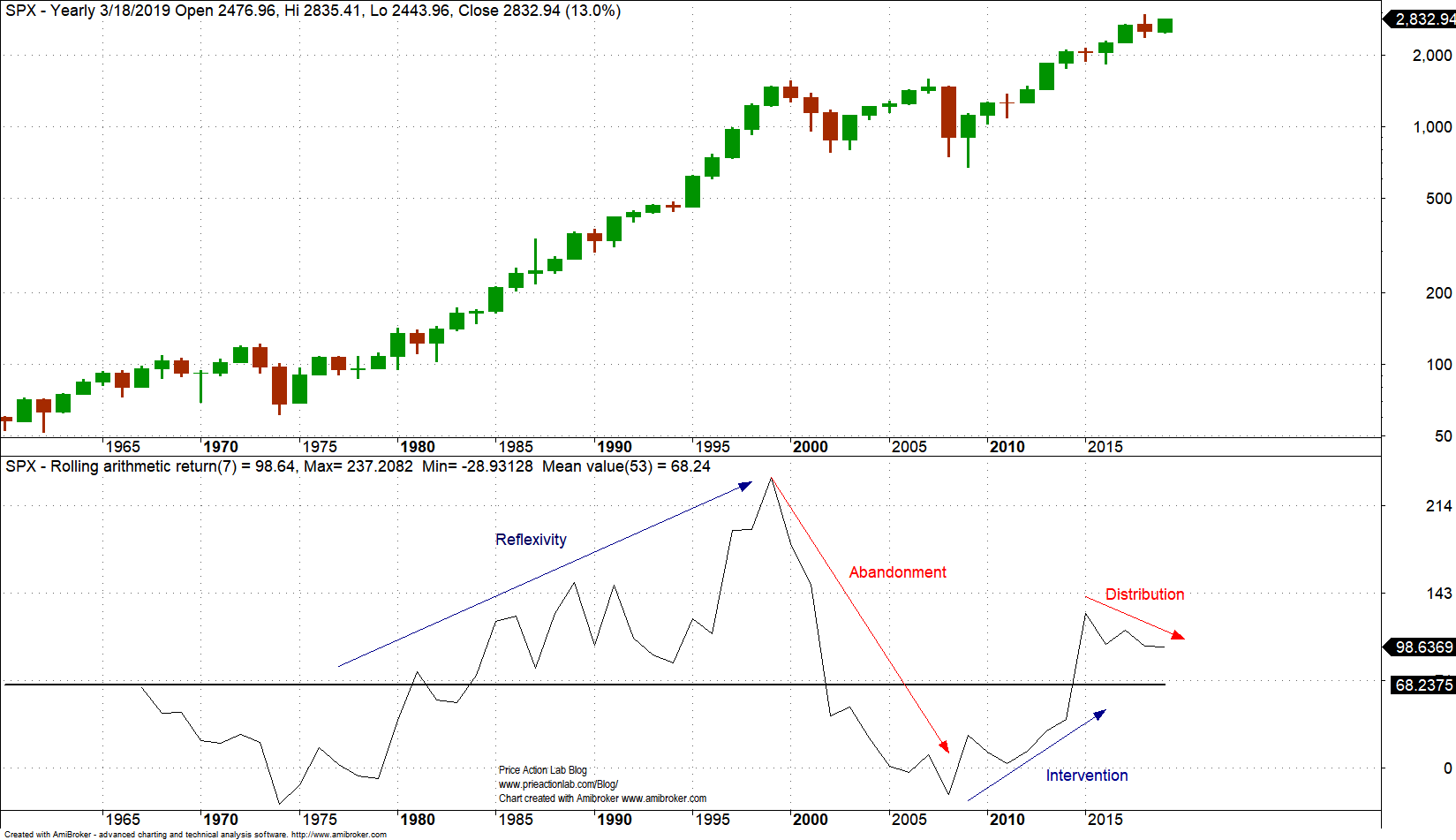 The yearly chart above shows the 7-year rolling return. After a long period of reflexive investing that started in the 70s, market abandonment began in 2000 and peaked in 2009. Central banks had to intervene to prevent massive collapse. However, in 2017 distribution started again slowly, as shown in the chart. 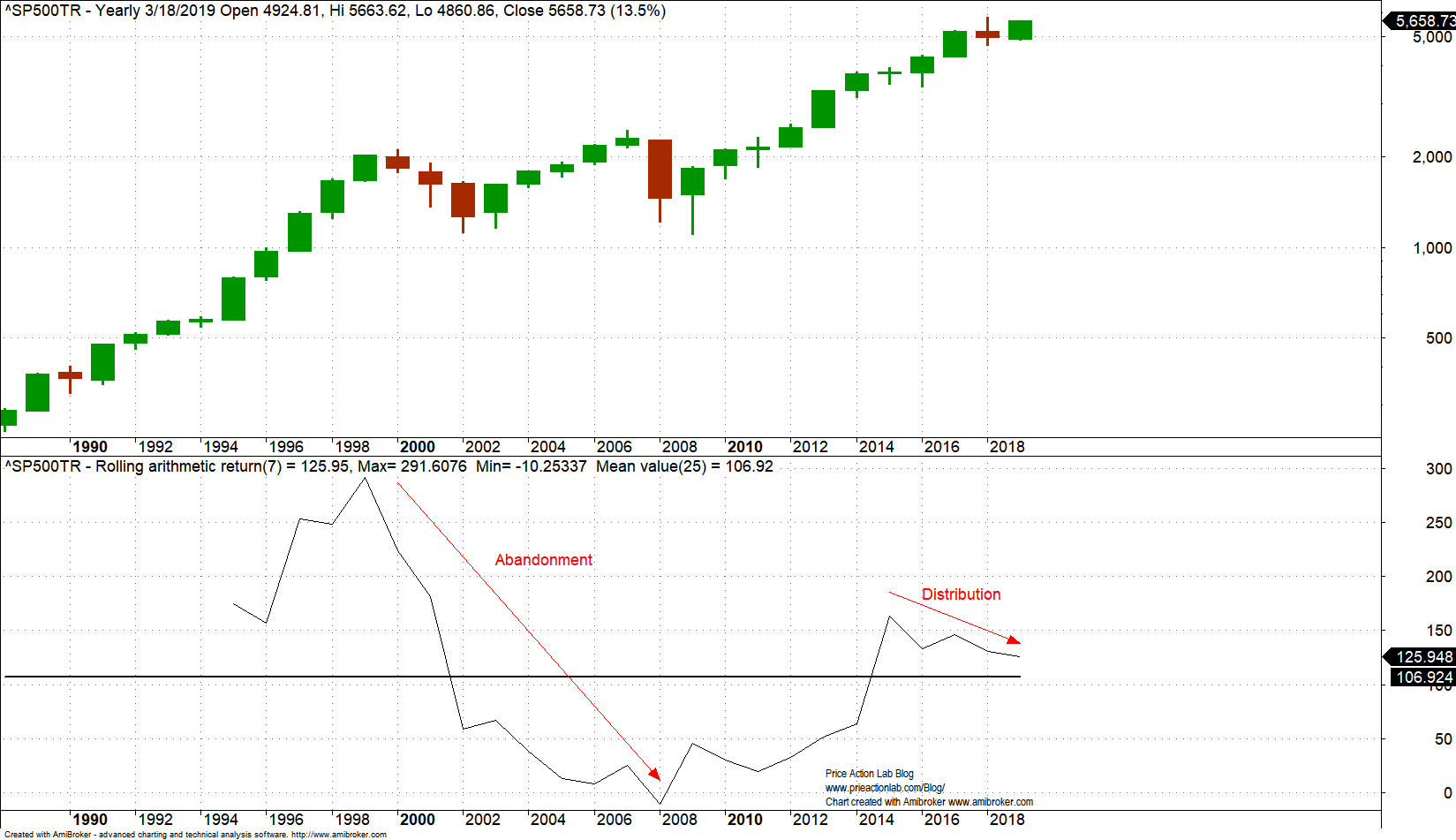 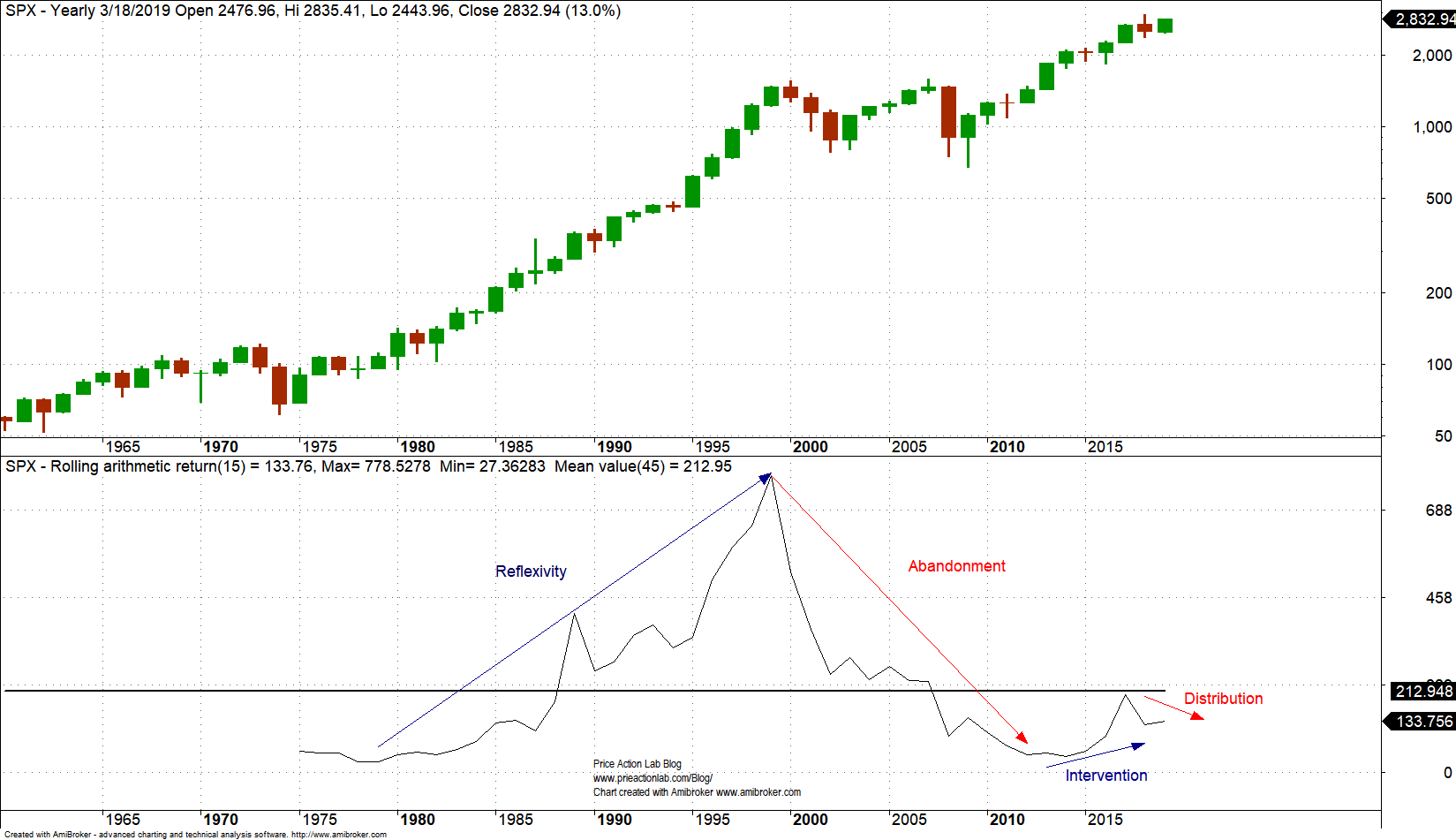 Getting anywhere near realized returns before the abandonment phase would require much more than central bank intervention. In fact, this may not even be possible. Survival of the markets will depend on whether investors will be willing to settle for much lower returns. Central banks attempt to justify those low returns by guaranteeing lower risks. But this is a complex system and hard to predict what might happen in the future.

In our opinion investing in the stock market is at this point a fool’s errand. This market is a battleground for quantitative strategies, artificial intelligence and machine learning. This is NOT the market everyone was impressed by in the 1990s. The party in equity markets is over long ago and indexes remain high due to concentration in a few key names. The main force behind high returns is usually reflexivity and not the economic factors academics and some investors think they play a role. And reflexivity is unlikely to come back with the same strength as in the 80s and 90s. Anything is possible but a return to the party days is unlikely.