This sounds like a contradiction in terms but strongest one-day stock market gains usually occur in downtrends. Since 1940 there have been four daily gains of more than 10% in DJIA and two of them occurred during the peak of the financial crisis in October 2008. The fourth occurred March 24, 2020. 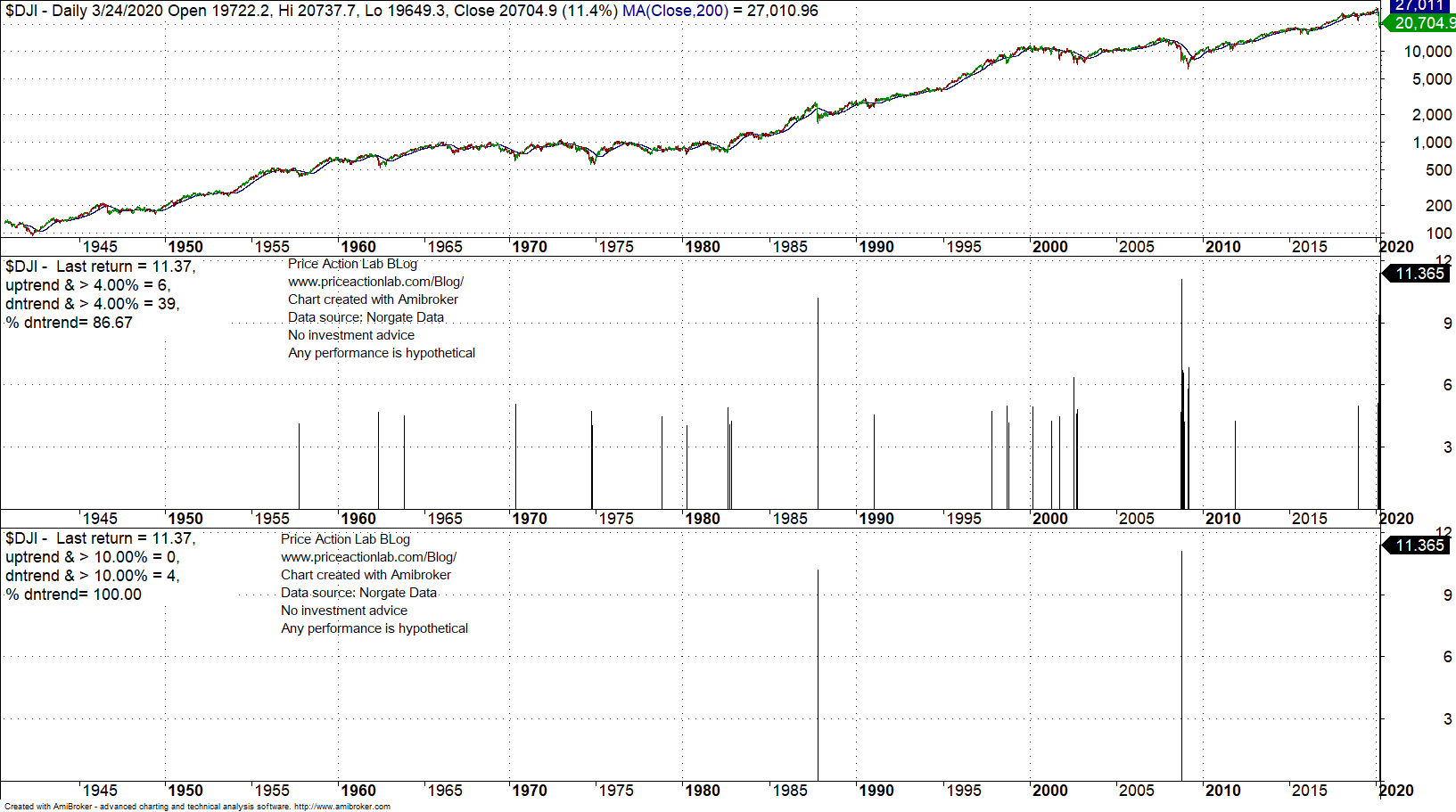 The second indicator shows the four +10% daily returns in DJIA since 1945. Two of those occurred during the peak of the 2008 financial crisis. The first occurred after the 1987 crash. The fourth occurred yesterday. Another one is coming probably but timing is unknown although that could be soon if we assume that these usually come in clusters.

Strong  rebounds in downtrends is one of the reasons short-term speculators usually lose money despite forecasting correctly price direction.

Below is the table for S&P 500 returns greater than 9%. All have also occurred in downtrends.