The ninth buy the dip chart formation of the year propelled the S&P 500 to new all-time highs on Friday, December 10, 2021. The number of buy the dip formations this year is highest since 11 that occurred in 2000.

Although there is subjectivity as with all chart pattern formations, based on my estimates, since 1997 there have been five buy the dip (BTD) formations every year on the average. I counted formations with price falling to 50-day moving average or below and in case price was already below the average, those that generated a sizable rebound. Below is the chart for 2021. 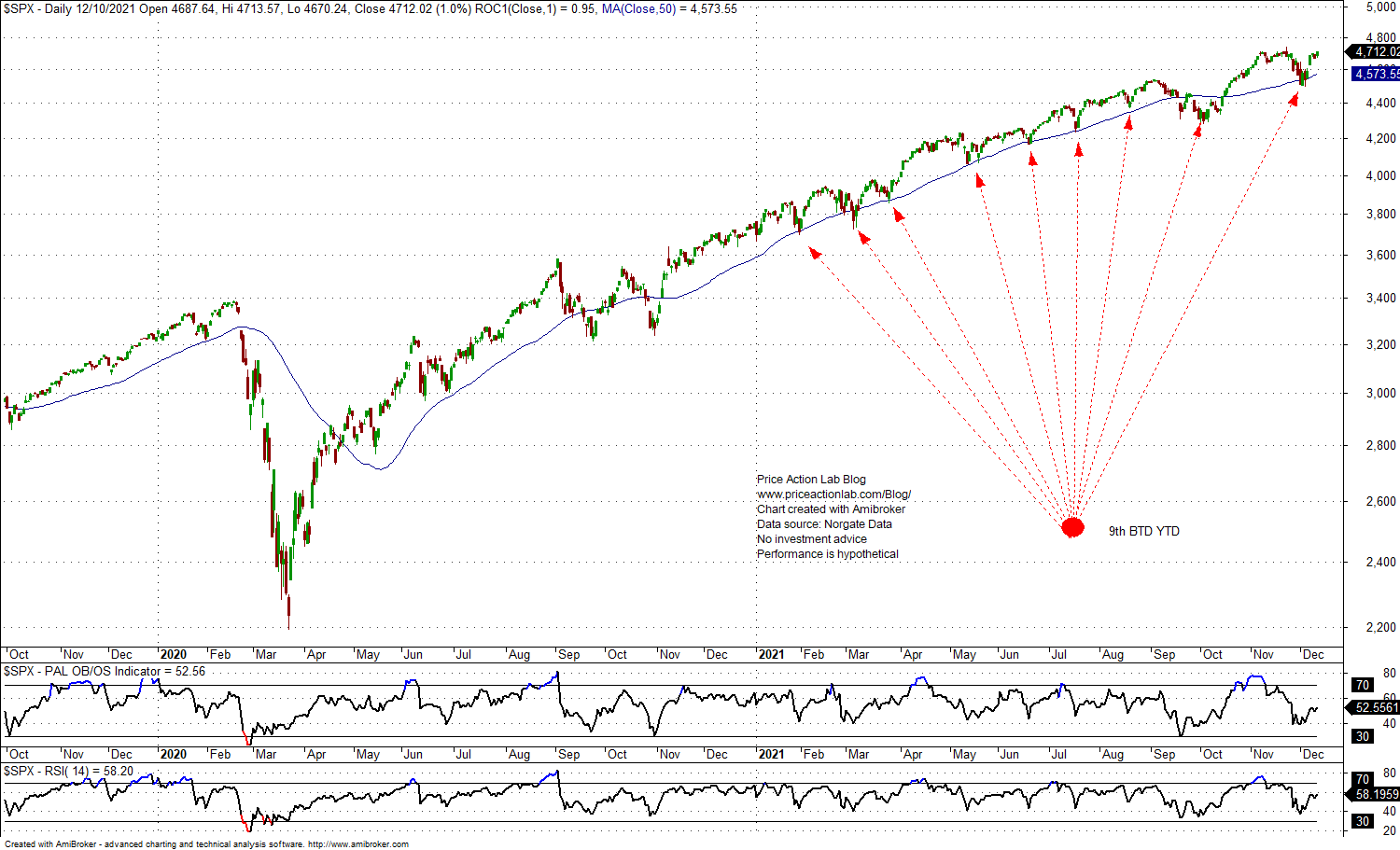 15% off for blog readers and Twitter followers with coupon PAL15