A Few Bitcoin Statistics and Similarities to Equities

Since January 2011, bitcoin daily returns volatility is 89% while $1 has grown to more than $8,314.  The drawdown profile reflects the speculative nature of this currency and its high risks but some popular large caps went thought similar phases. Can bitcoin become a reserve currency? Some countries would like that.

The chart since January 2011 is shown below: 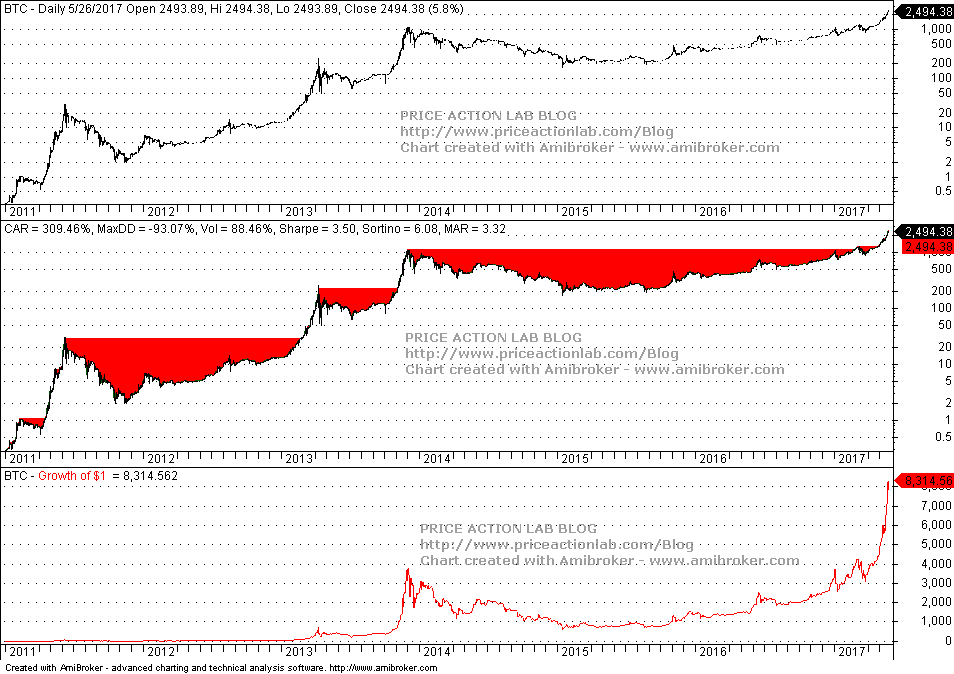 The bitcoin daily price chart is shown in logarithmic scale. Since 2011 CAGR is an impressive 309.46% but maximum drawdown is -93.07%. Still, this results in a MAR ratio (CAGR/Max. DD) of 3.32 which beats performance of top hedge funds but still at extremely high risk. Sharpe is also an impressive 3.50. These statistics show that looking at CAGR, MAR and Sharpe only can result in missing some important details about risk. This is better shown with the bitcoin buy and hold drawdown profile below. 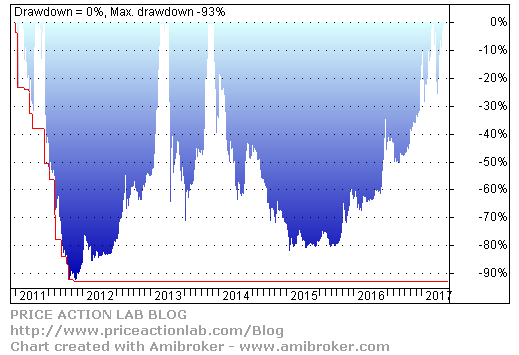 Can assets get riskier than bitcoin? Below is the drawdown profile of MSFT: 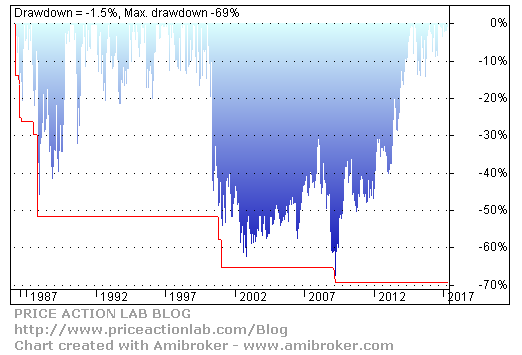 Not as bad as bitcoin but it came close during periods of time. Now enter AMZN: 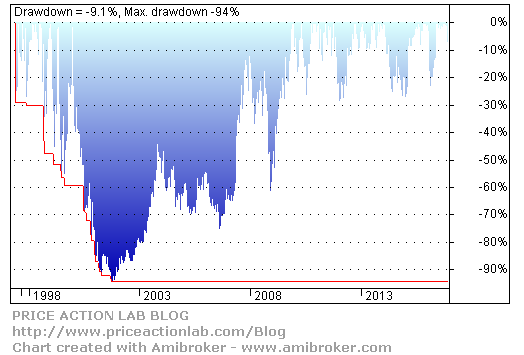 AMZN has a bitcoin-like drawdown profile during the dot com bubble bust. Things did not improve much until after quantitative easing (where would AMZN be now without QE?)

Many call bitcoin a bubble for different reason, including this author, but some must first look at their portfolio because some stocks they own once behaved like bitcoin as the drawdown charts above show.

Will bitcoin crash? No one knows but as in the case of AMZN and MSFT, without some support from central planning, it is unlikely that a bubble of this sort can survive. Some countries want to challenge the reserve status of the U.S. dollar and are trying to provide verbal and maybe actual support to bitcoin. However, it is unlikely that bitcoin will ever become reserve currency because that will entail violent transfer of wealth at global scale and severe ramifications, including global war.