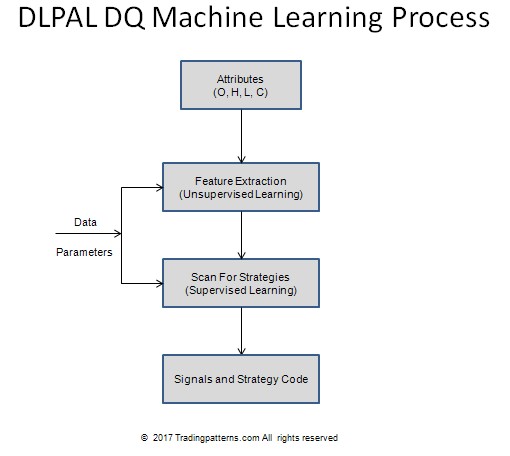 DLPAL DQ can be used as an end-of-day scanner to determine whether there are strategies that fulfill the user-defined criteria as of the close of the most recent bar in historical data files. If desire, the signal tracking module of the program can be used to monitor signal generation of any identified strategies going forward in time and as new data are available.

DLPAL DQ was based on Price Action Lab, a program developed by Michael Harris in 2010.

– Warnings that Test Strategies and Portfolio Backtest results are not saved
– Test files update: Checks for files with invalid delimiters and lists only files with zero values

– Data files can be checked for variations in last dates
– Temporary files are cleaned after scan is completed.
– Scan engine was improved
– Results from various scans can be combined  in one file.
– Two equal partitions of Extended cluster are now available for faster searches